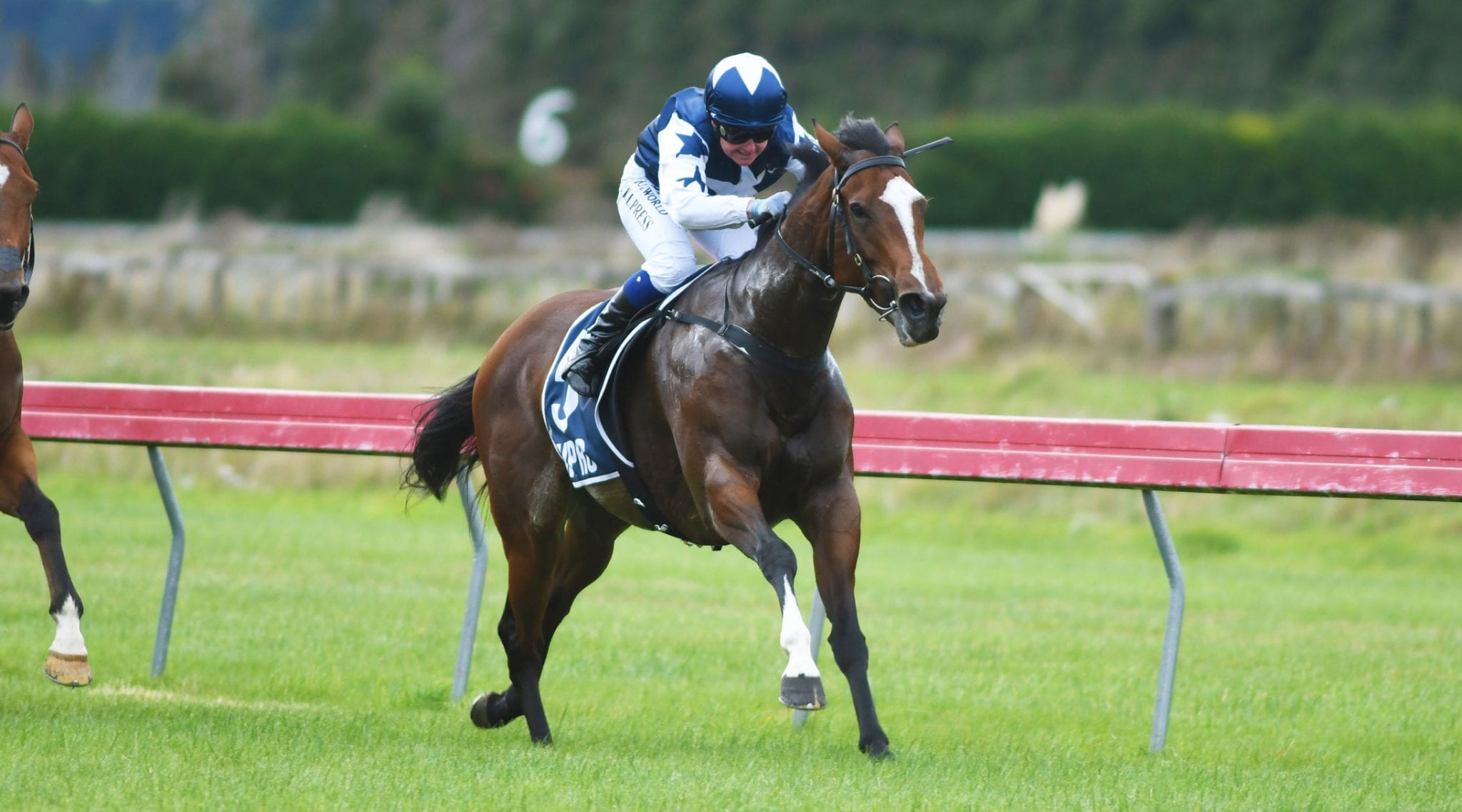 A change of environment worked the oracle for talented New Zealand mare Miss Ricky Bobby as she produced a strong front-running performance to take out the opening event at Woodville on Sunday.

The five-year-old daughter of High Chaparral was making her debut for the Johno Benner and Hollie Wynyard stable and never gave her rivals a look in under the urgings of Lisa Allpress.

Unsighted since her last run at Pukekohe back in October last year when prepared by Nigel Tiley, Miss Ricky Bobby set a steady tempo out in front before Allpress booted her clear in the run home to win by nearly two lengths from race favourite Rabada.

Benner admitted to feeling a great deal of satisfaction with the victory.

“It was very satisfying as she is a lovely mare,” he said.

“With Nigel scaling back his training operation, her owners sent her down to us with a couple of their other horses.

“Nigel had her in good order and had done four or five weeks with her, so we just picked up where he left off.

“She’s very capable and has a lovely pedigree, so that win will help her along later on when she heads to the broodmare paddock.

“She was a two-win horse in the rating 65 grade so she was well placed and she has a fair bit of ability, so we thought she would be hard to beat if she could reproduce the form she had earlier in her career.”

Raced by Graeme and Leah Causer under their Aspen Bloodstock banner, Miss Ricky Bobby has now won three of her 10 starts with Benner keen to see her extend that record.

“She’s not a true wet tracker so she will probably have one more start before we put her aside for a winter break,” he said.

“I don’t think there is any reason why she can’t kick on as she is very versatile and is above average.

“She’s very sound but has just taken time to mature, but the way she won today I think she could be on the verge of some black type form if she keeps on improving.”

While Benner and Wynyard have lost the services of some of their stars this season such as Bonham, Montre Moi, Meg and Wononeohwon, who have all been sold, Benner is confident they have a good winter team ahead of them as well as some very promising youngsters in the stable.

“We have some lovely horses for the winter including Happy Star and Crowning Star, who look well placed in some of the better races coming up,” he said.

“We have certainly lost some firepower as we do trade a lot of horses, but I’m confident that we have some coming through that can take their place next season.”

After riding an early double, top rider Lisa Allpress was stood down after suffering a head knock on late scratching Castani in race six.