Allpress back doing what she does best 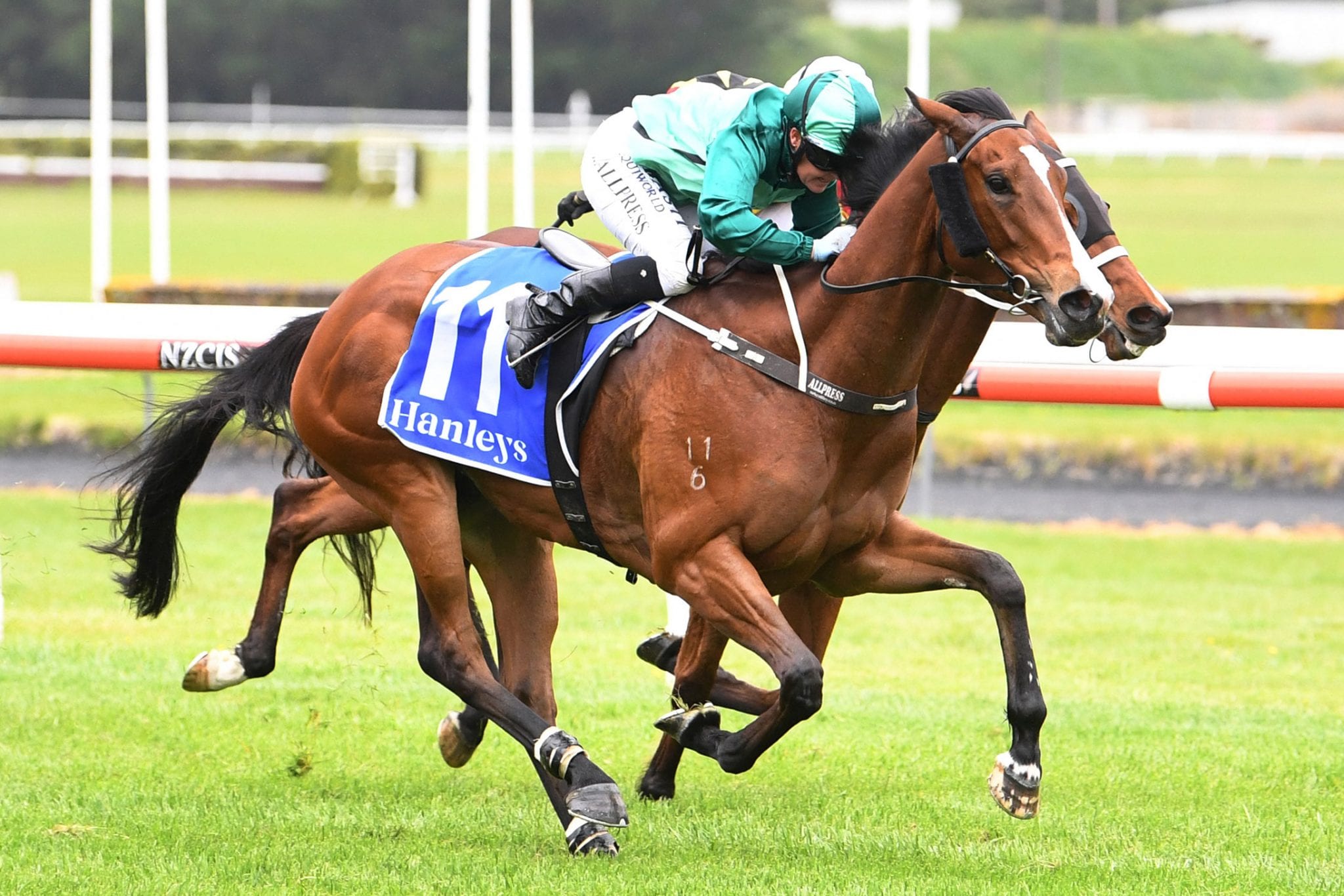 Less than nine weeks after undergoing major surgery, leading jockey Lisa Allpress was back in business at Trentham on Sunday riding winners. The effervescent fourty-five-year-old had a full replacement procedure carried out on her right hip back in August to correct a nagging problem that saw her suffer severe pain when trying to get on her raceday mounts and when completing everyday tasks such as driving a motor vehicle.

Allpress gained a medical clearance from her surgeon on Friday and was back in action with five rides on Sunday including a winning effort aboard the Johno Benner and Hollie Wynyard-trained Crowning Star in an open 1400m contest. “It’s good to be back and it was nice way to start back by winning for Johno and Hollie, who I have ridden a fair bit for,” Allpress said.

“The hip has come through it all really well but my arms are feeling it today as the first one I got on (Rock Affair) nearly pulled them out of their sockets.” Allpress admits she had been feeling some trepidation about getting back in the saddle but six weeks after leaving hospital she took the plunge and couldn’t believe the turnaround in her physical status.

“I had a total hip replacement on my right side,” she said. “I had a really positive mindset about it all, although my recovery didn’t get off to the best start as I didn’t come through the operation that well and I couldn’t get up for a couple of days as I wasn’t handling the pain that well. “Once they got my medication and pain relief under control, I was back on track fairly quickly.

“The first thing I had asked my surgeon about was when could I get back to riding and he thought the six-week mark would be about right provided the rehab was going well. “It was right on six weeks when I got the all-clear so it was all systems go.

“I just couldn’t believe it as it was one hundred percent pain free. It had been my biggest fear as getting on the horse was the most painful part before the surgery and I had been worried about how that was going to go and how I was going to put my foot in the stirrup. “It was just easy and smooth and no pain at all. “I’m going to send my surgeon a massive bunch of flowers to say thank you.”

Allpress is also thankful that not only has the physical pain gone but so has the mental stress that it was causing. “Just to ride without pain in that hip or even driving to and from the races without it is so good,” she said. “I used to have to drive with cruise control on a lot as just lifting my foot on and off the accelerator and brake hurt so much. “Now that I’m back I’m just so excited as I have some really nice horses to ride coming up which I’m really looking forward to.”

The only disappointing factor about returning to ride at Trentham for Allpress was not having one of her mates beside in her in the jockeys’ room, with Rosie Myers still recovering in hospital after taking a nasty fall at the Foxton trials which saw her placed in an induced coma for more than a week.

“I’ve been in the jockeys’ room with Rosie for her entire career so it was very sad and really quiet there on Sunday,” she said. “It was actually quite uncomfortable. “For her to suffer an injury like that brings it home that it can happen to anyone so I’m really thankful to be able to get back to doing what I love and I can’t wait to have Rosie back as well.”