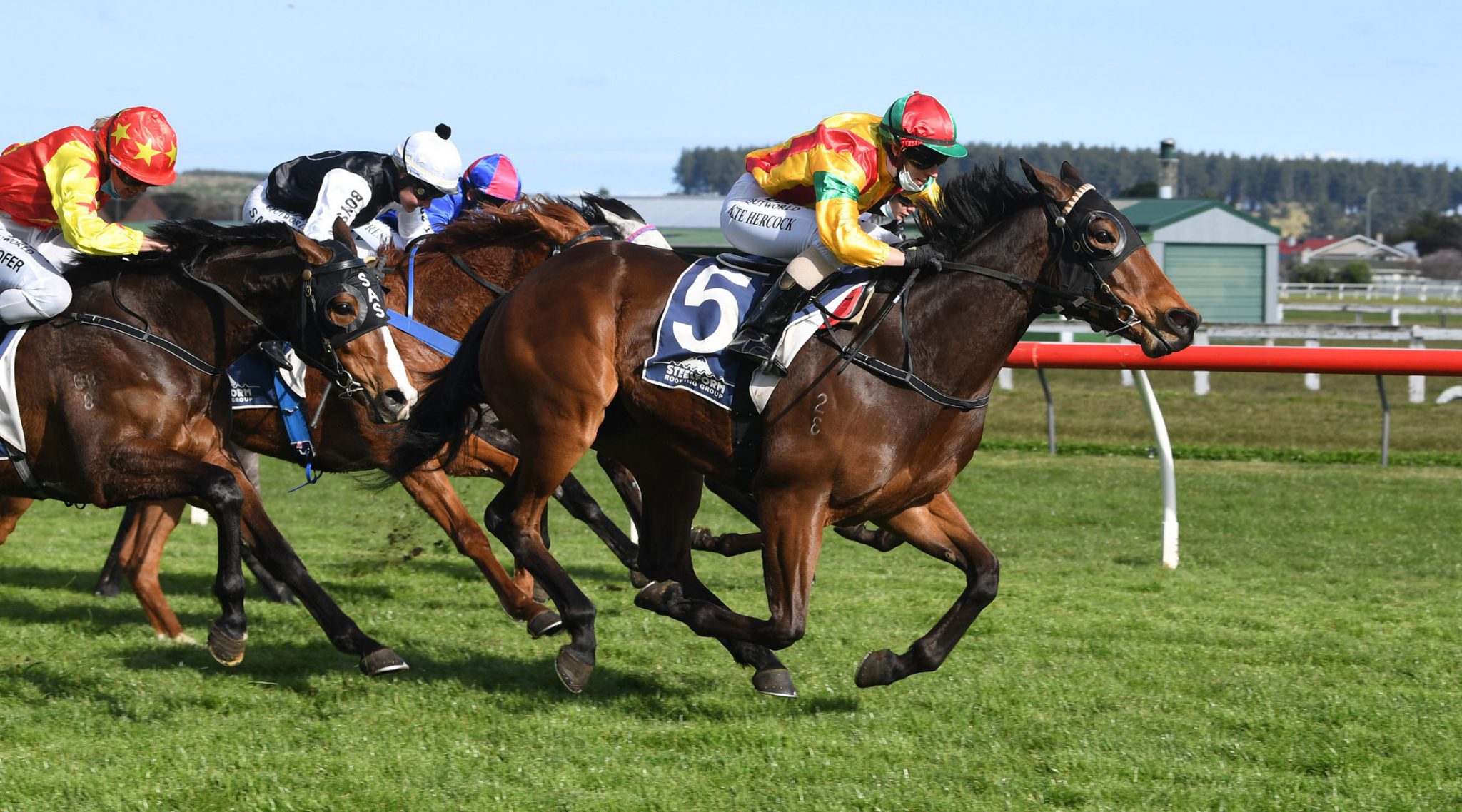 The Gavin Sharrock-trained son of Proisir was having his fifth start and first since catching the eye when running home late in the piece in the Group 1 Manawatu Sires’ Produce Stakes (1400m) at Awapuni back in April.

Handled patiently by rider Kate Hercock, Soldier Boy jumped nicely from barrier eight before being restrained to sit in behind a steady speed set up by Cambridge visitor Whiskey.

Hercock bided her time approaching the home bend before pouncing on the lead early in the run home. Soldier Boy responded well to Hercock’s urgings as he comfortably held out a late charge from race favourite Yeaboi, with debutant Princess Biddy battling gamely for third.

Sharrock was feeling confident heading into the race, although he couldn’t believe the ease of the victory.

“He went some nice races as a two-year-old without winning, but I knew he was only going to get better at three,” Sharrock said.

“He was just so brilliant at jumpouts and the like last season, so I decided to give him a few starts, but since he has had the winter break, he has really furnished into a standout.

“He was ready to go today off the back of some good hard gallops, but will take a heap of improvement.

“Kate came back in and said she couldn’t believe how easily he did it all as he was just bolting turning for home.

“He’s bred to get further as he is the full brother to Vancooga who ran second in the New Zealand Oaks (Group 1, 2400m) for us.”

“I’m going to take him home now and have a think about his programme over the next wee while as we have got some big plans for him,” he said.

“The owners are very keen to get to Riccarton for the 2000 Guineas and I think he looks like a Derby type so that will also be in our thinking.

“I will see how he comes through this one, but I envisage we will most likely go to Hastings for the Hawke’s Bay Guineas (Group 2, 1400m) if he makes the improvement I think he can.”

Soldier Boy is raced by his breeder Gavin O’Dea, who also bred and raced his older sister Vancooga who has been retired and will visit Rich Hill Stud-based stallion Vadamos in the coming weeks.