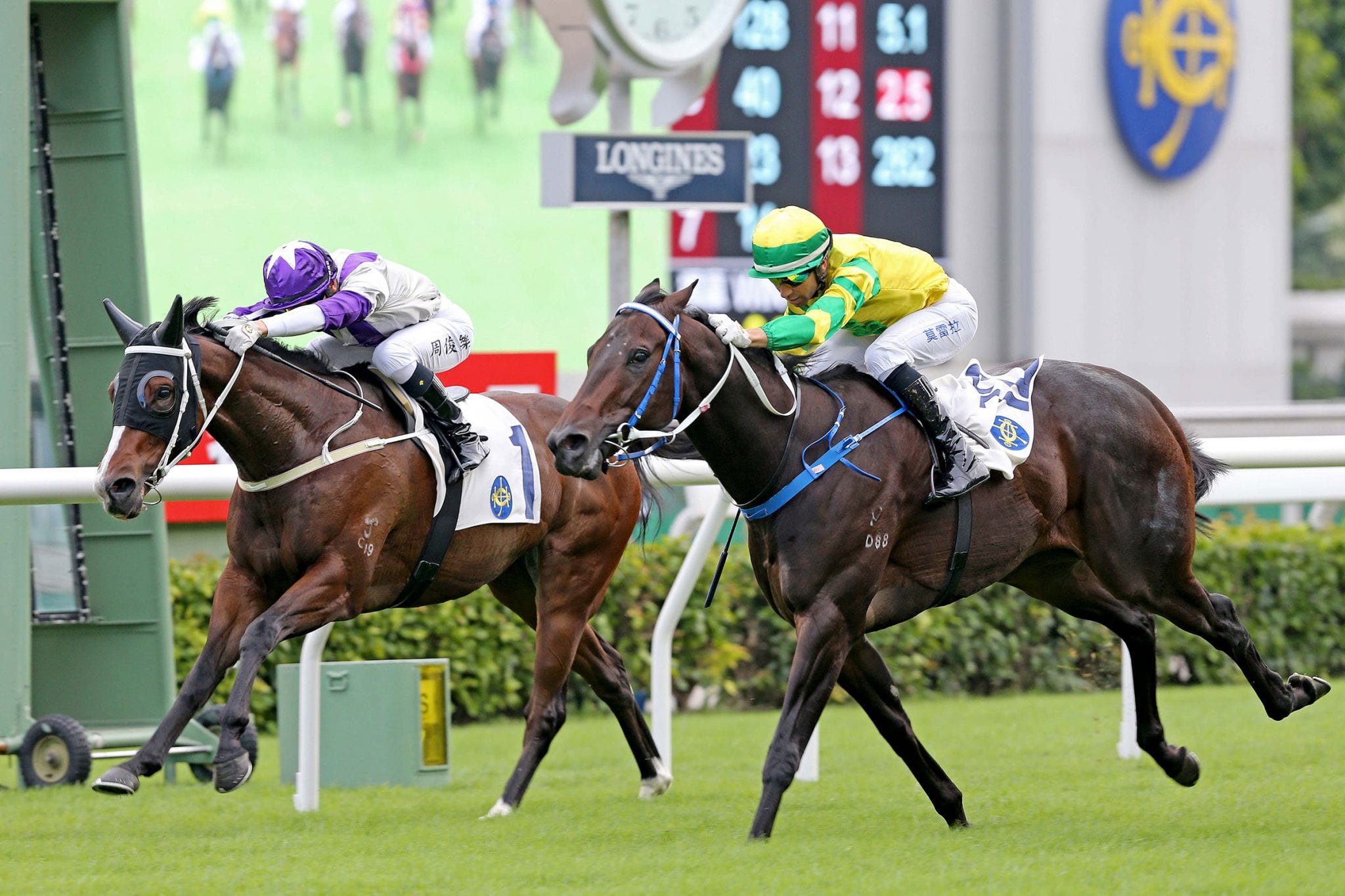 Fownes, who won the Hong Kong Derby with Super Satin in 2010, is hopeful Sky Darci will finally enjoy a change of luck for Joao Moreira, who is bidding for his second Derby victory after triumphing on Rapper Dragon in 2017.

“Sky Darci’s had a good preparation leading into the big race. I’m very happy with him – he’s where I want him,” Fownes aid.

“Obviously, there’s going to be a slight query over the trip, that’s for sure, but he’s got the rating which will certainly take him a long way.

“He’s had a good ‘prep’ for this race, so he’s going to get his chance. If he runs the distance out well – he was held up the other day over 1800m and wasn’t fully tested and he got beaten a couple of lengths.

“So, with the extra furlong, if it works out good, he could run a nice race for us.”

With little separating so many of the 14 contenders this year, Fownes believes the barrier draw and luck in running will be critical.

“The field is wide-open and it wouldn’t surprise me who won because there’s not much between them and a lot of the horses are coming to the fore at the right time, so this is going to be a race that will separate the men from the boys.

“They’ve got good form at staying trips and they’re all coming off good runs, so they’re going to be the realistic chances to win the race and they are also the ones who are going to have the stamina to run out the trip strongly.

“So, you would think they’re going to have some advantage over the others that are a query at the distance.

“My horse is fit and is as good as I can get him – he just has to run out the trip.”