Skeltons can spring jumps double with trainer and jockey titles 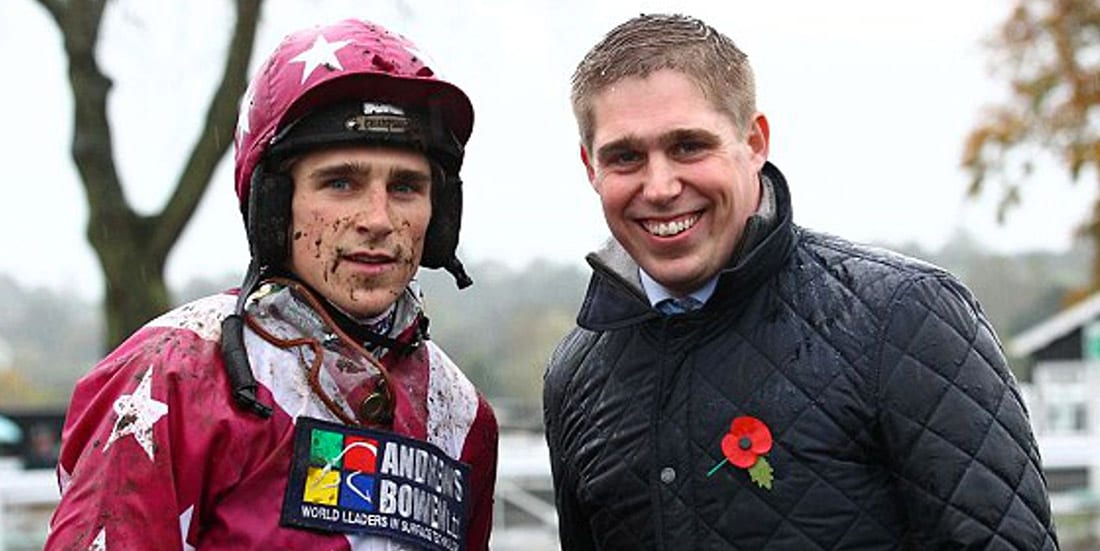 Richard Johnson has won the National Hunt jockeys’ championship four times. His title wins followed the 20 year era of Tony McCoy. Richard Dunwoody, Peter Scudamore, John Francome and Jonjo O’Neill had spells of dominance in the 1970s, ’80s and ’90s. Brian Hughes won it last time and is +187.5 to defend the title, but Johnson is the odds-on favourite.

Since the 2005-06 season, Paul Nicholls (11 times) and Nicky Henderson (4 times) have shared the jumps training title. This championship is based on prize money, whereas the jockeys’ title is won by the rider who has most winners. Online bookmakers cannot see beyond Nicholls and Henderson for the title this season. Their combined odds to accumulate the most prize money are about -400, which means you can back the field at +250.

It is debatable whether you could have a double on the jockeys’ and trainers’ championships because of the potential for related contingencies. In theory, one part of the bet affects the outcome of the other part. Some bookmakers may take the view that you cannot bet on two events that are intrinsically linked. In some cases, it is unclear whether the two outcomes are related. If they are, bookmakers will adjust the odds downwards accordingly.

Harry Cobden is +1000 to win the riders’ title while his main trainer, Nicholls, is +150 for training honours. The double pays over +2600, but there is no doubt these events are related. If Cobden rides most winners, many of the horses will be trained by Nicholls. In the same way, the prospects for Henderson are linked to the number of winners ridden by his main jockey, Nico de Boinville.

Johnson is Phillip Hobbs’ stable jockey and their performance is related, so the double will not pay out at the combined odds. However, Hobbs does not have enough Grade 1 horses to win the title. Hughes has a fruitful association with Yorkshire-based trainer Ruth Jefferson and Cheshire’s Donald McCain. Neither will ever have the quality of horses to win more prize money than Nicholls and Henderson, as their success is based on numbers in the north rather than competing for the biggest prizes in UK racing.

Hence, it is highly unlikely that the leading trainer and jockey at the end of the 2020-21 season will be working closely together, so bookies should allow the double at the combined odds. Having said that, these markets fluctuate during the season and Hughes could become the Nicholls stable jockey. Clearly, the contingencies are then related. Johnson could look for pastures new if Hobbs retires and Henderson is a potential new employer.

There is one obvious partnership in which one element affects the outcome of the other. Harry Skelton is +1600 to win the jockeys’ championship while his brother, Dan, is +2500 to win the trainers’ championship. No bookmaker will let you back the double at +44100 because the two events are closely linked, but you might get up +6600 if you’re lucky.

Harry rides most of Dan’s horses and he has the numbers and quality, so there is some value in combining them in a jockey and trainer double even if you won’t get true combined odds. These contingencies are as clearly related as the two individuals. Their Dad is Nick Skelton, the show jumper, so they come from good stock. They could deliver two titles, albeit at a reduced price for their backers.