Sires’ Produce for Sword of State 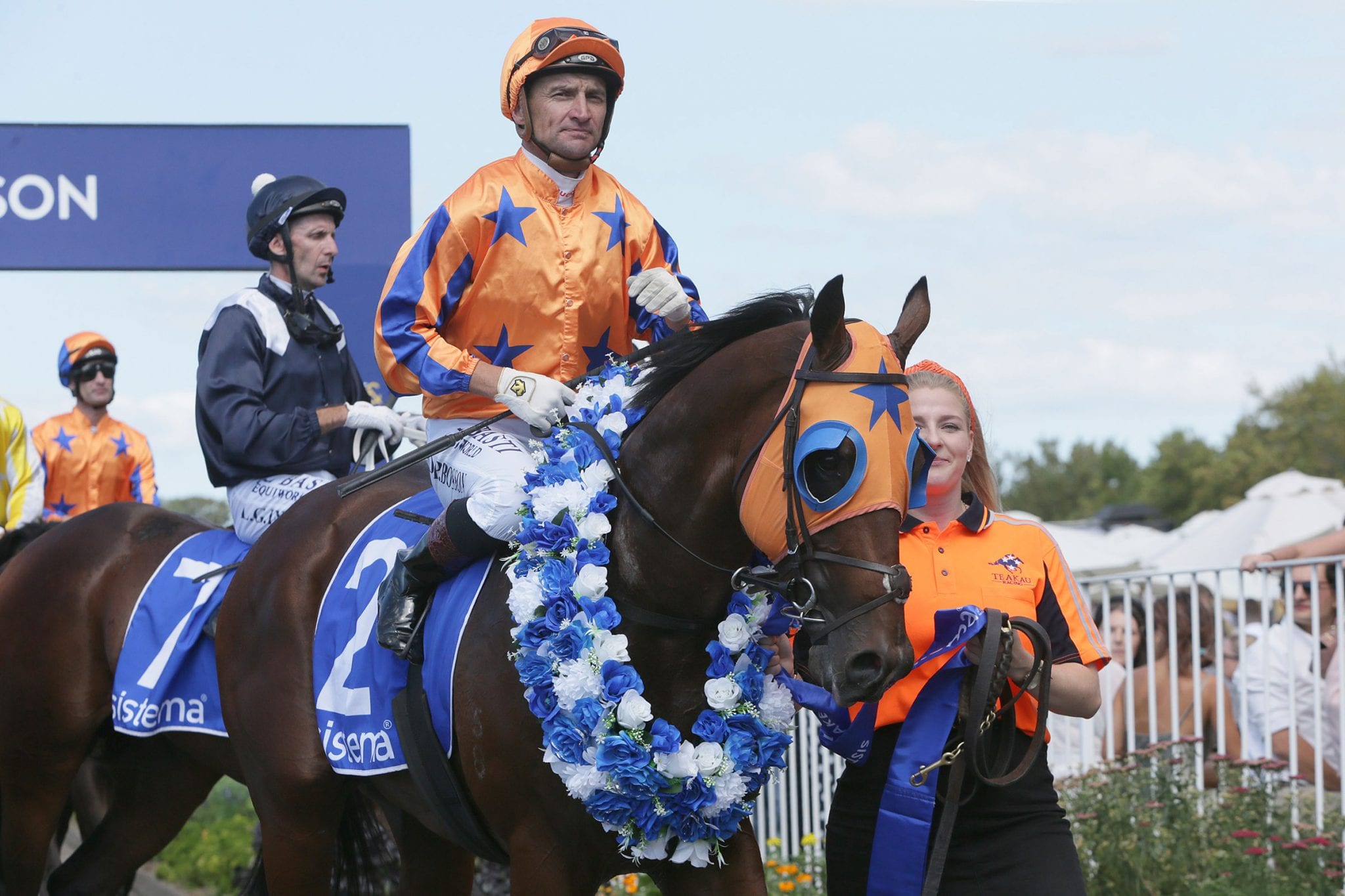 Leading two-year-old Sword Of State will not run in Saturday’s Group 1 Golden Slipper (1200m) at Rosehill, but could still play a role in the Sydney Autumn Carnival.

“We’ve opted to go for the Sires’ Produce in Sydney, or if it’s wet, the Manawatu Sires’ Produce (Group 1, 1400m) here in New Zealand,” Richards said.

“They are run on the same day, so it gives us the option to go where it is drier.”

“We are going to take it quietly with him for a day or two. He won’t be seen in the Slipper for a couple of reasons. There is a fair bit of travel to do and only a week to turn him around, plus the forecast is awful.

“We believe he is a horse that needs good ground. He would be effective on soft but certainly not as effective as on top of it, so we are just going to put him in the paddock for a couple of days and then we will look at taking him over for the Sires Produce.

“He certainly has got ability and he is getting better as he gets older which is always a good sign. He was bred to be a pre-Christmas two-year-old and we just couldn’t get him going. We gave him a little bit of a freshen and he has come back in great shape.

“He has done a little bit of racing this preparation, and we are always mindful of that, but it is certainly the goal to have him in Australia at some stage.”

A Group One-winning colt by Snitzel, Sword Of State is already a valuable commodity and is out of precocious Encosta de Lago mare In The Vanguard, who was runner-up in the Group 2 Sweet Embrace Stakes (1200m) at two for John Sargent.

In his past three starts Sword Of State has posted stunning sectionals, which compare favourably to the older horses on the day, with his closing 600m of 33.15 on Saturday only bettered by Group One mare Levante (33.14), who came from last to win the opener at Ellerslie.

Richards said he doubted the son of Snitzel will have trouble stepping up to 1400m.

“I don’t think that will be an issue the way he’s been finishing off his 1200m races,” he said.

Meanwhile, Richards was left rueing the deluge that hit Moonee Valley on Saturday which quickly extinguished the chances of A$5 million All Star Mile (1600m) favourite Probabeel, a noted dry-tracker.

“It’s quite unbelievable, her preparation had gone so well and then two hours before you get to the big race the rain arrives and completely ruins the track,” Richards said.

“It was called a Soft 6 but it was clearly a heavy track and with the rain that they got, the strathayr (surface) couldn’t handle it.

“She will have a couple of days out in the paddock at Mornington and then we are going to Sydney and looking at the Coolmore Legacy (Group 1, 1600m), but she won’t be running on ground like that again.

“If the Coolmore doesn’t work out, we will probably just bring her home and give her a rest and set her for the spring.”

The daughter of Savabeel is currently +360 favourite for next month’s Group 1 Australian Oaks (2400m) at Randwick on April 10.

“The forecast and the rain that they are getting up in Sydney is concerning,” Richards said.

“We have got a nice team of horses and most of the Aussies think that New Zealand horses are mudlarks that come over and swim, whereas these ones are looking for better ground. We have to take that into consideration when we are making our plans.”