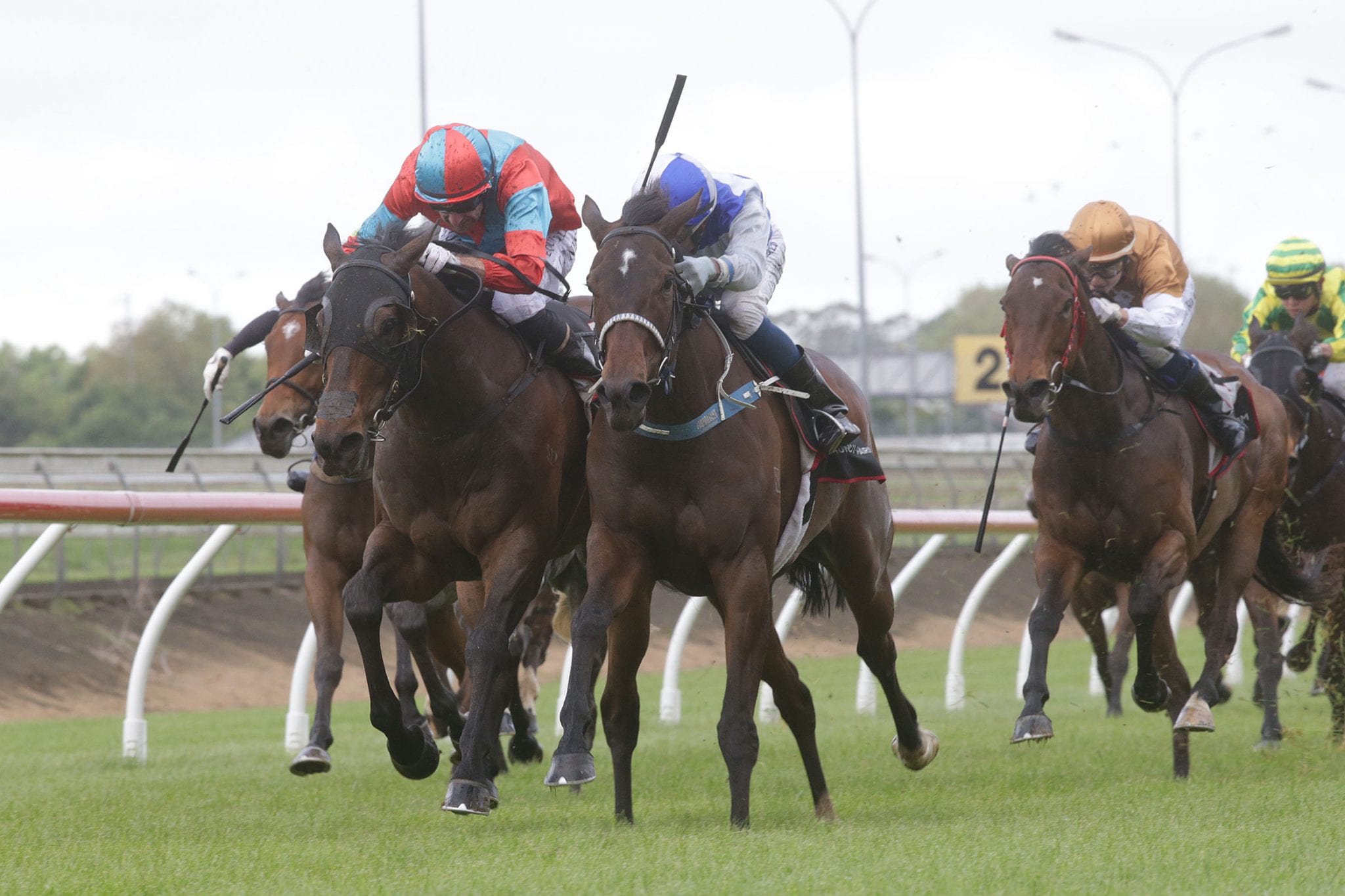 Promising galloper Siracusa brought up a hat-trick of wins in the best possible style when she stormed home out wide to take out the Listed Haunui Farm Karaka Classic (1600m) at Pukekohe. The Sir Peter Vela-bred and owned mare only made the final field for the race after scratchings on race morning saw her sneak into the final field from off the ballot for the day’s feature event.

Apprentice Ashvin Goindasamy, who was registering his first victory at stakes level, rode a cool, calm and collected race on the Sebring four-year-old who settled last in running from a midfield barrier. Still back last approaching the home turn, Goindasamy set her alight as the widest runner in the home straight as she steamed home to down the Nigel Tiley-trained race favourite Demonetization in a driving finish with another Tiley runner in Le Castile running on strongly for third.

Co-trainer Julia Ritchie, who prepares the mare with partner Steven Ramsay, had been on tenterhooks on Saturday waiting to see if they had made the final field for the race and then whether they could find a lightweight rider for the mare.

“We knew there weren’t going to be many riders around if we did make the field, so I was really worried for a while,” she said. “The other thing is that she really likes some cut in the ground and when they posted a Good3, it was also a concern. “When we got the big shower during the day it was perfect for us although I was still a little worried that they might call the race off if they were slipping. “We told Ashvin that he should ride her where she was happy and give her plenty of room as she likes her space. “When she was so far back, I was thinking this is a huge, huge task for her but she still managed to get up when it mattered.”

Ritchie has been excited about the future prospects for Siracusa from the day she entered the stable although a tricky situation that developed during the first COVID-19 lockdown in March nearly scuppered the spring plans for the mare. “She has the heart of a lion and is so so tough,” Ritchie said.

“We’ve always thought so much of her and have been prepared to nurse her along all the way. “We took her down south where she ran fifth in a Listed three-year-old race which, in hindsight, may have been the wrong move as she got stuck down there when we went into lockdown. “We were fretting as to when we would get her back and it wasn’t until lockdown was over towards the end of May that we could start to get her home. “She still wasn’t quite right when she ran third for us in her first campaign run at Taupo but since then she hasn’t looked back and has just kept getting better and better.

“Based on today’s effort there is plenty ahead for her but we are going to continue being patient as we move forward. “We’re going to enjoy this result and then see how she comes through it before we decide where she goes next.”

Siracusa is out of the O’Reilly mare Corinthia and has now won four of her eight starts. Her half brother by Charm Spirit will feature as Lot 173 from the Kilgravin Lodge draft on the first day of the NZB Ready To Run Sale at Karaka on November 18.