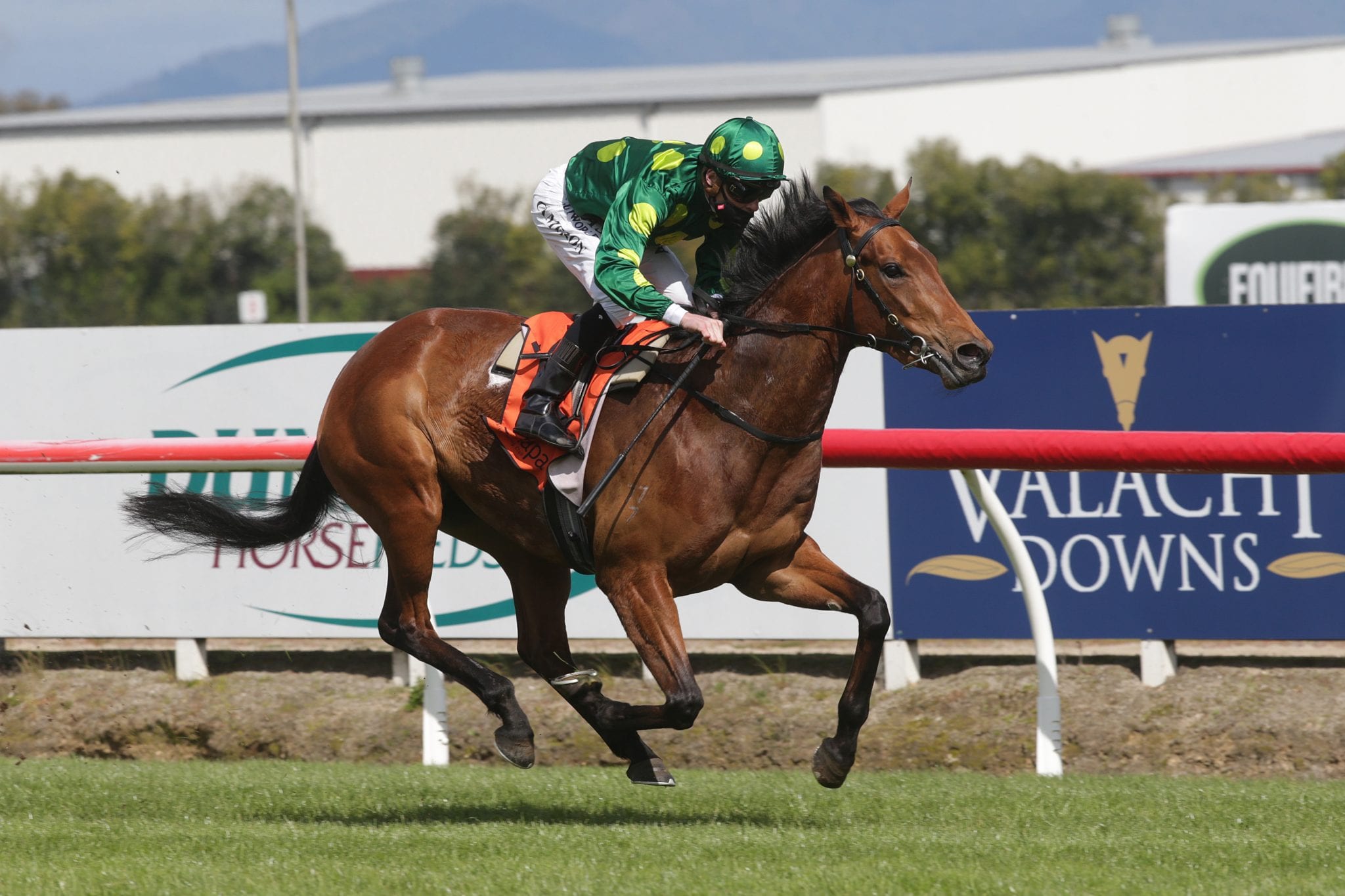 Prepared by Cambridge trainers Murray Baker and Andrew Forsman, Sweet Anna cruised clear of maiden rivals at Te Rapa last start, scoring by 3-1/4 lengths to earn her opportunity in stakes company. “She put on a pretty good performance at Te Rapa when she was able to deal to the older horses,” Sir Patrick said. “For a spring three-year-old to do that, it was a pretty good effort. She’s not a big filly but she’s got a bit of quality and she deserves a chance to go down to Hastings and chase black-type.

“As owners, we are always hoping to win but I’d like to see her run in the first four anyway. This is only her third start and we think she might be able to get black-print somewhere on the way through the season.”

TAB bookmakers have Sweet Anna as a $12 equal sixth favourite for the Gold Trail Stakes in a market headed by impressive Rotorua debut winner Babylon Berlin at $3.40. Sir Patrick expects Sweet Anna to become even more competitive as she gets up over longer distances. “She’s bred to get over more ground. Her brother (Tavago) was a Derby winner. But there’s a lot of speed there through the Stravinsky (dam-sire) blood. She’s got a good turn of foot and that should stand by her as she goes over further as well.”

Earlier on the programme, Sir Patrick’s colours will go around aboard Power four-year-old mare Romantic Lady in the Hastings – Heart Of Hawke’s Bay (1200m). A winner of three of her eight starts, Romantic Lady has returned with second placings in two Te Rapa starts this season for Matamata trainer Jamie Richards. “She’s very interesting. She’s really stepped up and done a good job. The syndicate have had a lot of fun with her. She’s racing well and giving her owners great enjoyment in what she’s doing,” Sir Patrick said.

While he has interests in two runners on a premier day on Saturday, 80-year-old Sir Patrick is actively reducing the number of horses he is racing. “I had my name attached to 50 horses this time last year but I’m looking at reducing. I’d like to get down to half a dozen really nice horses to race,” he said.

While it has been more than two years since Sir Patrick sold Cambridge Stud, he has continued to breed from his Monarch Farm property and has 14 yearlings preparing for January’s New Zealand Bloodstock sales at Karaka. “We’ve got 16 going to the sales with different consignors. We’ve got seven through Woburn Farm, seven through Carlaw Park, one in partnership with Peter Walker through Haunui Farm and one in partnership through Cambridge Stud.

“We’ve got some really nice yearlings. We’ve got a Pierro colt out of Joy’s Choice and he really is a smashing type. He’ll go through the Carlaw draft.”

Sir Patrick hasn’t been in the best of health in recent times but he is hoping to get more mobile in the coming months. “I’m OK. I’m still on a walker and it would be nice to get away from that and back to the walking stick. It just means I won’t be in a position to go to Hastings this spring but I’m hoping to get to Te Rapa when they let the crowds back in.”