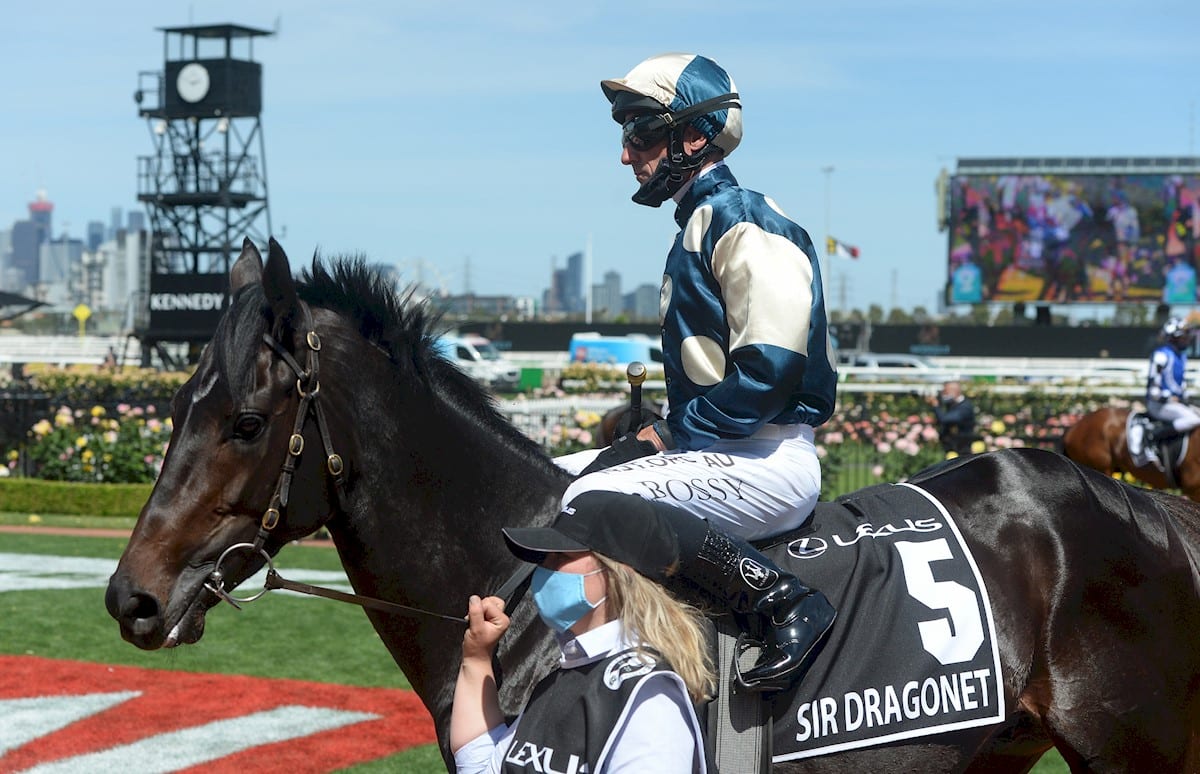 Sydney’s wet weather and subsequent delay to the Golden Slipper meeting may be precisely what is required to get Sir Dragonet back into winning form.

The Ciaron Maher and David Eustace-trained Cox Plate winner was not among the original field of five runners for the Ranvet last Saturday, but was added when nominations were reopened.

After winning the Cox Plate at The Valley last October and then running sixth in the Melbourne Cup, Sir Dragonet has been below his best this current campaign.

He finished seventh in the C F Orr Stakes (1400m) at Caulfield in early February before running ninth in the All-Star Mile (1600m) at The Valley on March 13.

“I think both starts, you can put a line through,” Eustace told RSN.

“It was an error in judgement by us really first-up.

“He trialled well, but he caught us out, he wasn’t sharp enough and then the All-Star Mile, it was an incredibly messy race if you were in behind horses.

“He was pretty fresh as well and wasn’t at any stage able to get into a rhythm. His closing sectionals were OK, particularly for a horse that’s best performances are at 2000 (metres) and beyond.

“Although the results don’t show it, we are confident that he goes into the race on Saturday, over 10 furlongs, on wet ground, in the right condition.”

However, it will be a different contest on Saturday with Sir Dragonet taking on the likes of Addeybb and Verry Elleegant.

“What we’re hoping for is the Ranvet gets him back on track for the Queen Elizabeth,” Eustace said.