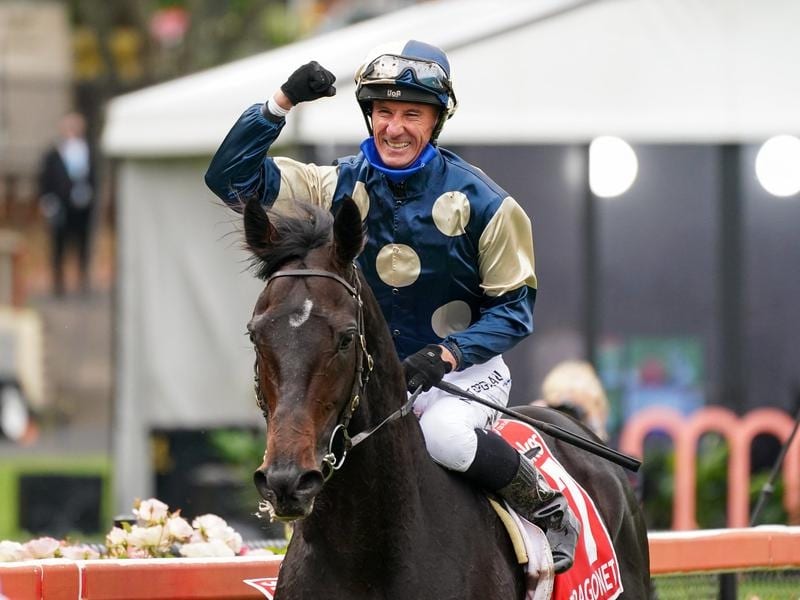 Ciaron Maher and the connections of Cox Plate winner Sir Dragonet will do what is best for the horse before committing to a start in The $5 million All Star Mile (1600m) at The Valley on Saturday.

Sir Dragonet galloped at The Valley on Tuesday and Maher, who trains the entire in partnership with David Eustace, said if the track was in the same condition on raceday, then the Cox Plate winner will run.

“I’d love to tell you that he will be running, but that wouldn’t be doing what is best by the horse and that’s first and foremost,” Maher said.

“As much as you can rely on the weather, there looks to be a bit rain about on Saturday.

“Hopefully that comes and if the conditions are right, he’ll take his place.”

Rain is forecast with up to 15mm a possibility on Saturday.

Maher said the track on Tuesday was in the slow to heavy range which suited Sir Dragonet who shaded galloping partner Grandslam in his workout.

Sir Dragonet has only had the three starts for Maher and Eustace.

He won the Cox Plate on a soft track before running sixth to Twilight Payment in the Melbourne Cup on good ground. He ran seventh in the Group 1 C F Orr Stakes (1400m) at Caulfield first-up on a good track last month.

Maher has back-up options for Sir Dragonet if it is decided to bypass the All Star Mile.