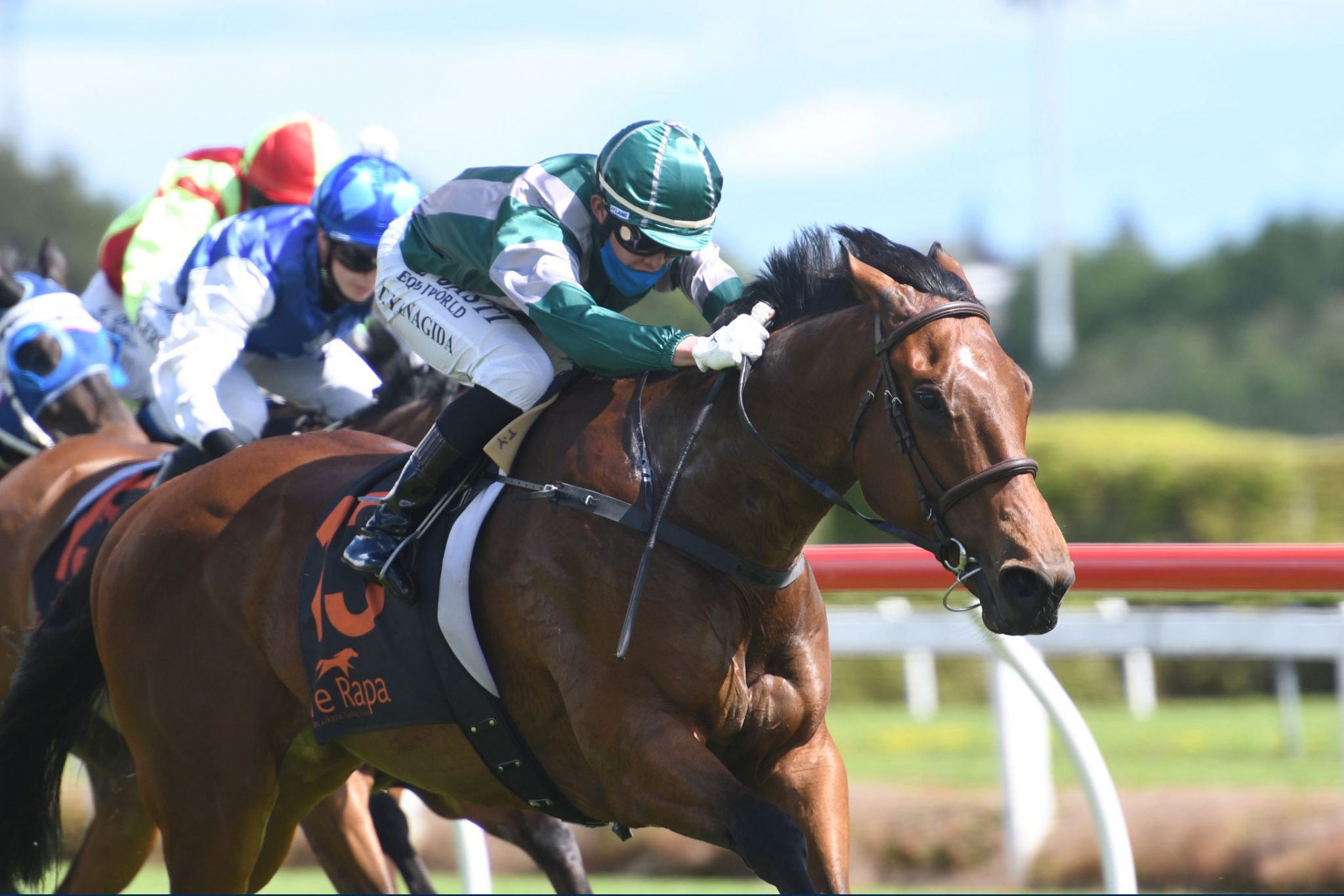 Trainer Catherine Cameron knows that she has limited time left with impressive Te Rapa winner Solid Impact but is keen to make the most of it with the progressive four-year-old.

The son of Real Impact made it three wins in a row when he downed a handy field of rating 74 gallopers over 1600m on Saturday, with the nature of the victory suggesting he will excel over more ground.

Successful in a maiden 1400m at Te Aroha in early October, Solid Impact then dominated a special conditions maiden field over the same distance at Hastings a fortnight later, before completing his hat-trick at Te Rapa.

Cameron, who describes her charge as such a laid-back bloke you could picture him lounging around the stable with a beer in his hand, had been concerned the track on Saturday could have been too wet for him but needn’t have had any fears as he won convincingly in the hands of apprentice Taiki Yanagida.

“He has always been a nice horse, but we were pleasantly surprised when he won his maiden over 1400m as I didn’t think he would be winning until he stepped over more ground,” Cameron said.

“He then went to Hastings and did the same and he seems to just keep improving as it was a nice field on Saturday and he did it quite easily in the end.

“He has a very unique action with his head held so low, but he has a massive stride and he just eats up the ground.

“He came home after the race and ate everything we put in front of him and when I went out to see him this morning he was running around, bucking and carrying on.

“That is quite unlike him as normally he just goes with the flow and lobs around without a care in the world.

“His box is between two of our mares in Cerys and Lily d’Or and you would hardly know he was there at times as you just don’t hear a peep out of him.”

Purchased for NZD$250,000 out of the Bradbury Park Book 1 draft at Karaka in 2019, Solid Impact is managed by Hong Kong-based Bloodstock agent Willie Leung for his Hong Kong owner, Johnny Shih.

Leung and Cameron have discussed the options available for the horse in the immediate future, with Cameron advising he is likely to head to Singapore in January to be prepared for the SGD$400,000 Singapore Derby (1800m) later in the year.

“We’ve had discussions over a long period as where we would go with the horse and at this stage it looks like the Singapore Derby is the main aim,” Cameron said.

“The phone has rung hot with offers since his Hastings win, but his owner doesn’t want to sell at present.

“I had expected to lose him before now, but I’ve been told to keep going for the time being so I think I will have him for a couple more starts.

“There is a nice race for him on Counties Cup Day which we will head to and then there may be something at Ellerslie over Christmas.”

Cameron also reported that Cheval Prometteur, who took out the Group 3 Balmerino Stakes (2000m) at Te Rapa on Tuesday would now have a short break in the paddock before being prepared for a tilt at the Group 1 Cambridge Stud Zabeel Classic (2000m) at Ellerslie on Boxing Day.