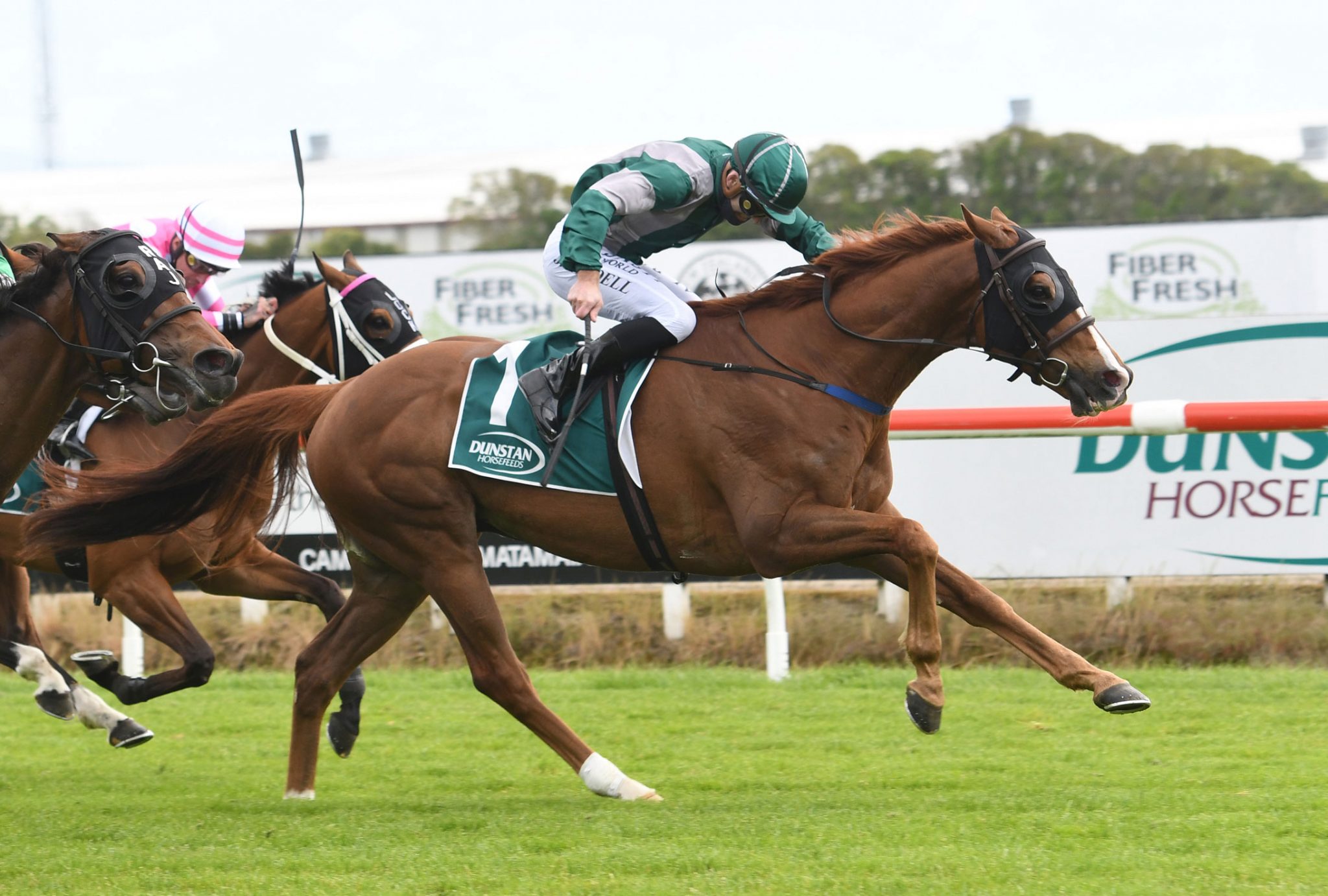 The well-travelled Cheval Prometteur has showed resilience in the face of adversity and his fighting qualities were again showcased at Te Rapa on Melbourne Cup Day.

The lightly raced seven-year-old’s career has been interrupted by two serious injuries, but he has battled his way back and produced a gallant performance to reign supreme in the Group 3 Dunstan Horsefeeds Balmerino Stakes (2000m).

“He’s been through a bit and he really deserved that as he’s been such an honest horse all the way through so it’s great to pick up a race like this,” trainer Catherine Cameron said.

Cheval Prometteur settled in second spot and, after hitting the front 150 metres from home, held a strong gallop under jockey Jonathan Riddell to account for Concert Hall.

“I left it all up to Jonathan and he’s a good rider who knows the horse well, he knows what he is doing,” Cameron said.

“The horse normally waits for the others a bit and then kicks again when they catch him. Jonathan rode him a treat.”

It has been a long and winding road for Cheval Prometteur, who began his career in England where he was a 2000m winner at Newbury and posted three runner-up finishes from a handful of starts.

The son of Declaration Of War then relocated to Hong Kong, but his career in the Asian racing jurisdiction was cut short by a knee injury and he found his way into Cameron’s care to undergo a period of rehabilitation.

He remained with the Cambridge horsewoman and collected two wins and three placings from his first five appearances before he was again laid low, this time by a stress fracture in a cannon bone.

Cheval Prometteur underwent another round of rehab prior to his race day return back in June and enjoyed an open handicap success during the winter.

That prompted Cameron to take aim at the Group 1 Livamol Classic (2040m) and the chestnut finished a gallant fourth ahead of his Te Rapa success.

“I initially got the horse through Willie Lueng, of Magus Equine, who I pre-train a fair few for,” she said.

“The original owner’s daughter, Leslie Suen, races him now after they had bought him with a view to the Hong Kong Derby (2000m).

“They are nice people and he came to me for another chance. It’s not quite the money they would be racing for up there, but they just love seeing the horse happy and racing well.”

Cameron will now give Cheval Prometteur time to freshen with the Group 1 Cambridge Stud Zabeel Classic (2000m) at Ellerslie on Boxing Day his principal summer target.

“He will have a week or 10 days in the paddock, he’s been up for a while, and then the plan is to get him back up for the Zabeel,” she said. “He won’t lose too much fitness and we’ll give him one lead-up run.”

Concert Hall lost no caste in defeat and was doing her best work in the closing 100 metres and will renew her rivalry with Cheval Prometteur when she defends her Zabeel Classic title on Boxing Day.