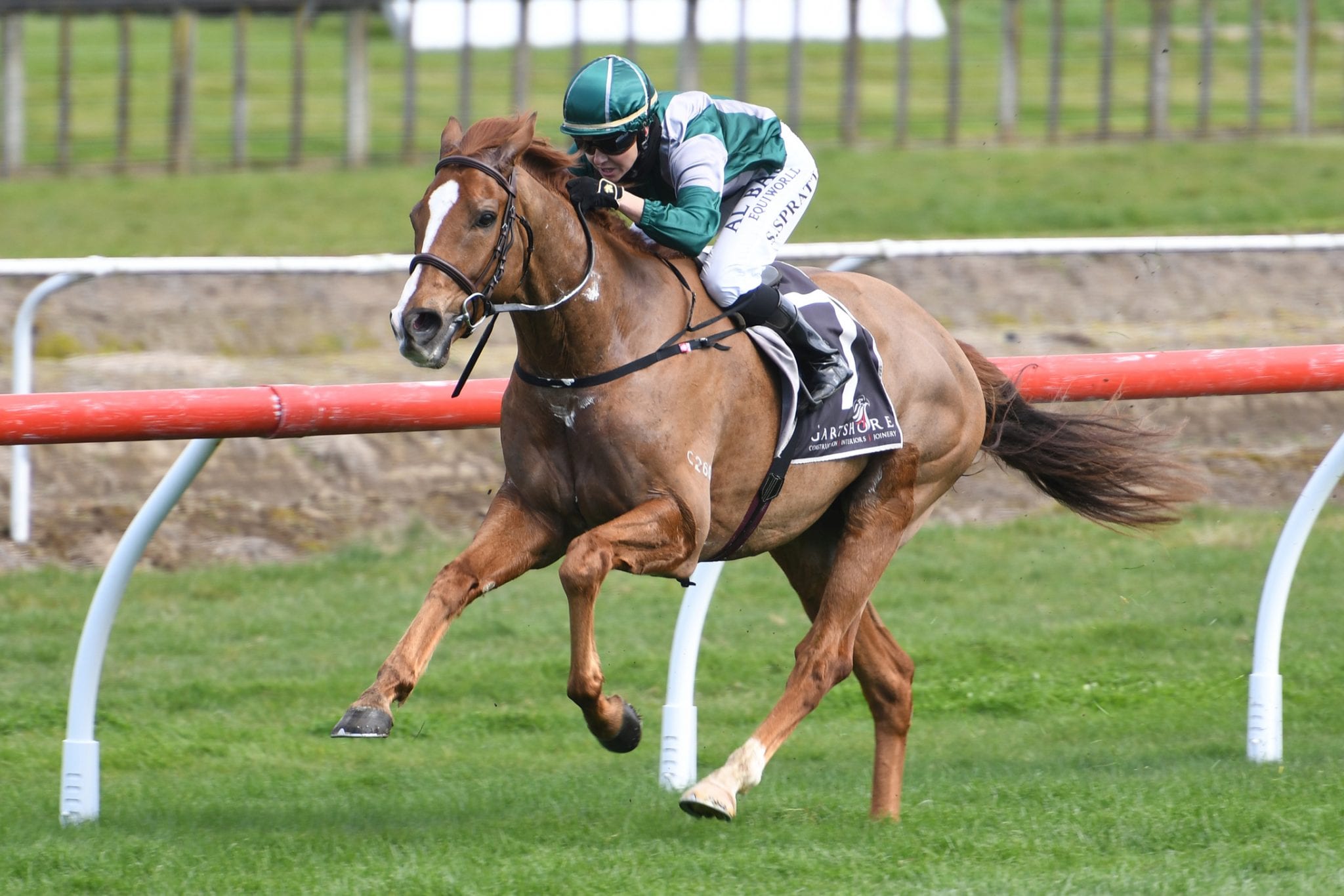 Hong Kong racing is the lifeblood for many New Zealand trainers, and Cambridge horsewoman Catherine Cameron is no exception. A large part of her business is educating and pre-training horses for the lucrative racing jurisdiction, primarily for bloodstock agent Willie Leung and his clients.

While it’s usually one way traffic to Hong Kong for her stable members, Cameron’s strong link with Leung resulted in a former Hong Kong runner joining her barn last year. “My main client is Willie Leung and I normally have about half a dozen of his in the stable and a lot of those are just passing through,” Cameron said.

“You get a high-class type of horse. Most of them come from the breeze-up sales, and we just take them on the next step and trial them and then they start heading off. “But because of that sometimes you get a nice one like Cheval Prometteur come back. Willie organised for him to come to me.”

Cheval Prometteur won over 2000m in England before he was sold to Hong Kong and subsequently was sent to Cameron to try in New Zealand. “He went to Hong Kong and never raced,” Cameron said. “He trialled twice and arrived here a year ago. He had a crook knee so he had six months in the paddock and then he had two months on the water treadmill. “At this stage it has been good as gold and is easily manageable.”

The six-year-old gelding has done nothing but impress Cameron since he joined her racing team in May. He has had three starts for Cameron for two wins and a second, including an impressive 5-1/4 length victory over a mile at Tauranga on Saturday. “I don’t like being too confident heading into races because you then just set yourself up for disappointment, but he was pretty well heading into it and he is a lovely horse,” Cameron said. “Sam (Spratt, jockey) rode him beautifully and it all went to plan.”

Cameron is excited about Cheval Prometteur’s prospects heading into spring and is looking forward to tackling a stakes assignment with him next month. “I am going to aim him for the Haunui Farm Karaka Classic (Listed, 1600m) at Pukekohe at the end of October,” she said. “I have got that in-mind for him and then we will go from there. “If he doesn’t keep up on the better tracks then we will have fun with him next winter.”

Cameron is currently working a team of 15 and she is hoping to double her season win tally when Cerys lines-up at Te Rapa on Saturday. “Cerys, a maiden, has been in form and she will run again this Saturday at Te Rapa,” Cameron said. “She has had two seconds this time back and hopefully she will pick one up pretty quickly.”