Sinarahma set for another Group One target 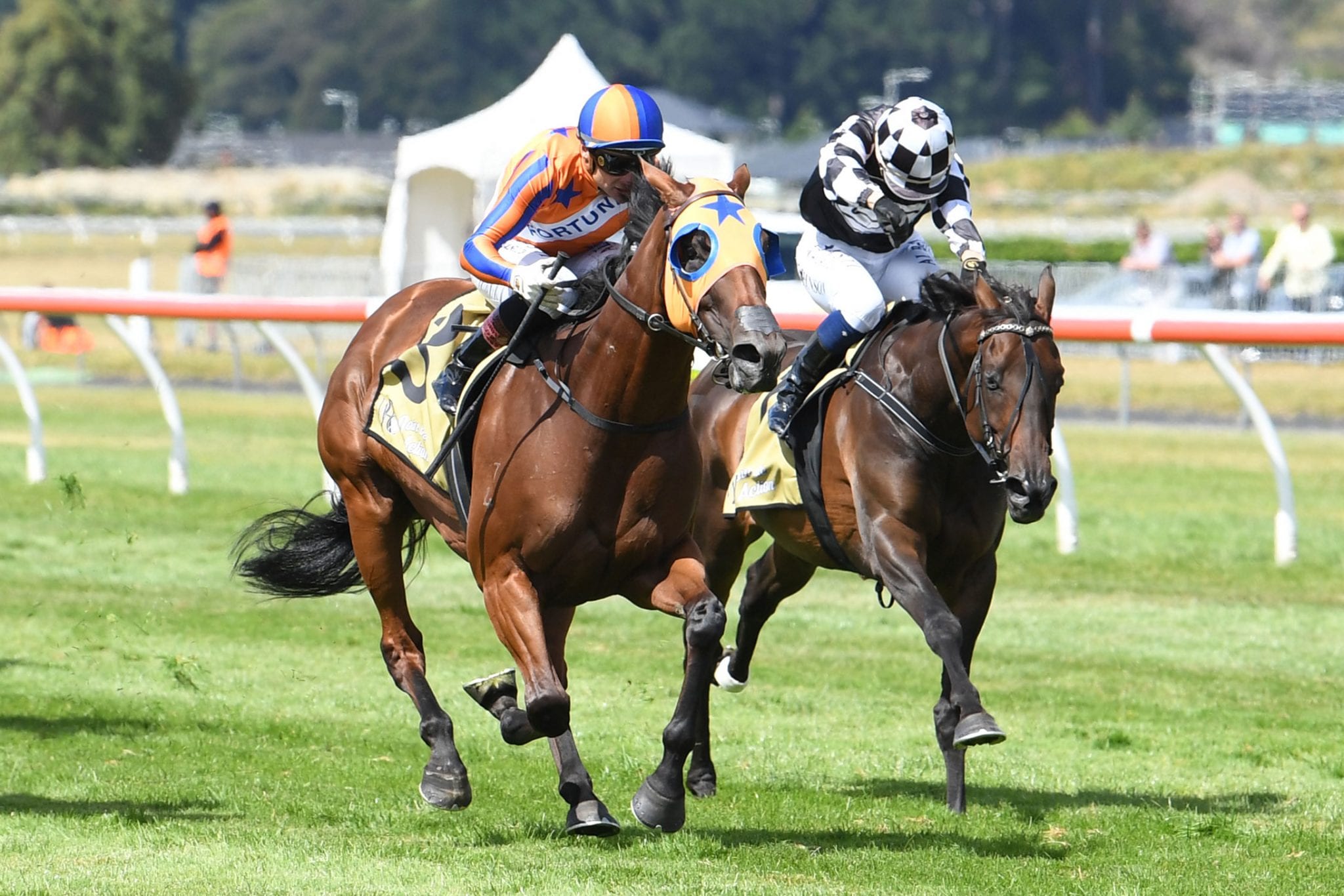 Although he enjoyed a wonderful day at Trentham on Saturday, trainer Allan Sharrock was left with a niggling feeling of what might have been had his promising mare Sinarahma jumped with the field in the Group 1 Harcourts Thorndon Mile (1600m).

The six-year-old Savabeel mare produced an amazing performance to get within a length of eventual winner Melody Belle in the Group One feature after missing the start by a conservative ten lengths.

Rider Danielle Johnson did a remarkable job to have Sinarahma within striking distance of the leaders at the 800m before unleashing a powerful finish in the slowest part of the track against the rail in the home straight to narrowly miss victory.

Sharrock later claimed a special win in the Group 3 NZ Campus of Innovation & Sport Wellington Cup (3200m) with Waisake, but was left rueing the barrier bungle by Sinarahma in her first attempt at Group One level. “I’ve never in fourty years seen a horse miss the start by that much and still be in the finish in a Group One race,” he said.

“It was an outstanding performance, probably a lifetime best for her. “She came back in afterwards and she was heavily in season, so I think that explains what happened in the barrier. “Danielle said she just sat back when the gates opened and that was that. “We copped a warning on her barrier manners, but she doesn’t have to trial or anything like that and I think it might just be a one-off at the worst possible time.”

Sharrock will now press ahead to the Group 1 Herbie Dyke Stakes (2000m) at Te Rapa in a fortnight.
“I’ve got no option but to go to the Herbie Dyke now,” he said. “It won’t be a big field and she would be a strong chance to run second to the great mare (Melody Belle) again.

“Who knows, if she leaves the barrier well, she might get even closer as she has been yearning for 2000m. “From there she can have a freshen-up then maybe have a crack at the Breeders’ Stakes (Group 1, 1600m) against her own sex at Te Aroha in April.”

While Sharrock enjoyed a top night out with his fellow syndicate members who own Waisake, the win in the Trentham two-mile feature has thrown up some questions about where to head to next with the Zed gelding.

“We had thought about taking him to the Adelaide Cup (Group 2, 3200m) but we’re not so keen on that idea now,” Sharrock said. “With the COVID-19 restrictions and the quarantine, it’s just not an attractive option to go there at the moment.