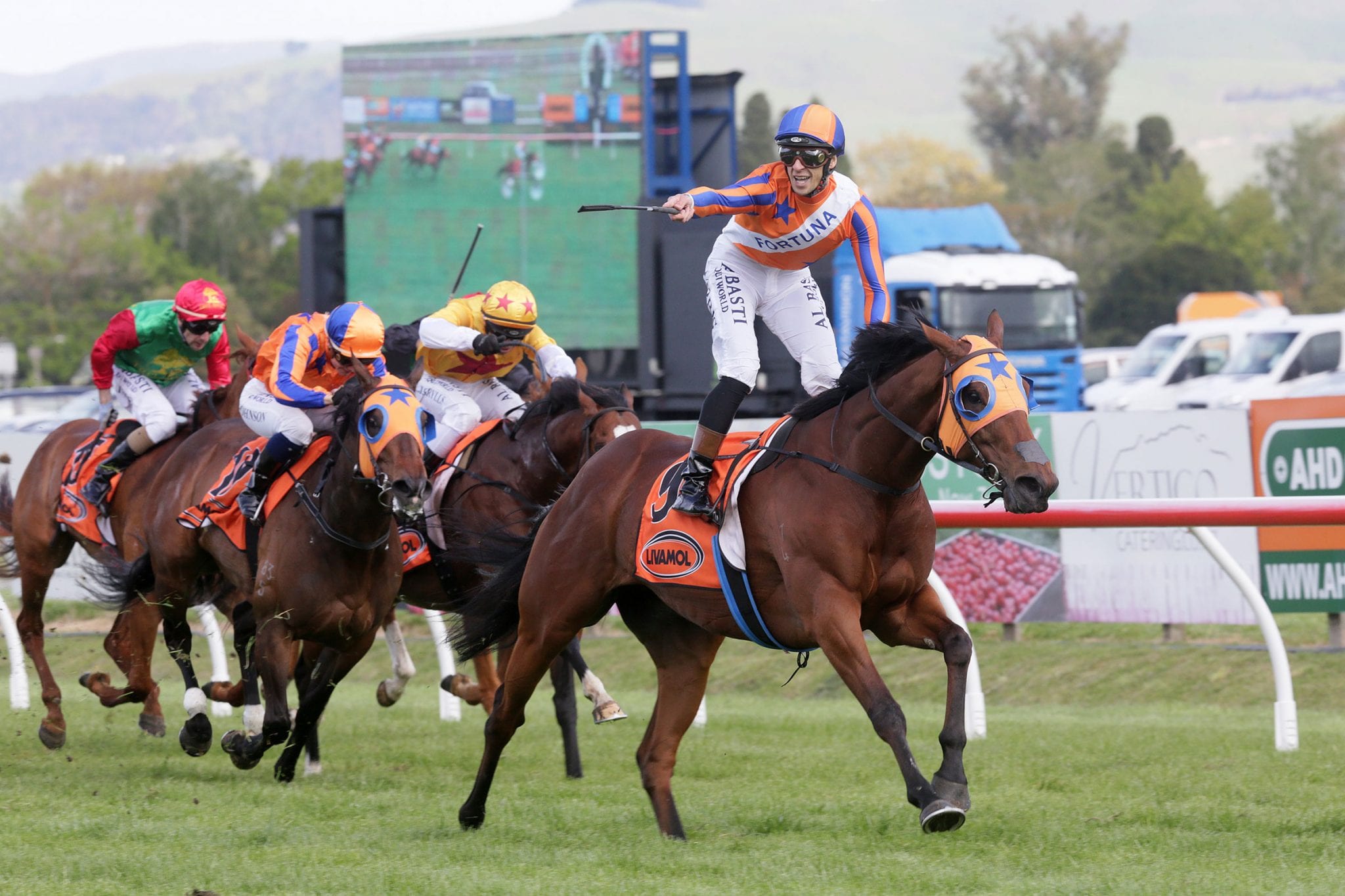 Dual Horse of the Year Melody Belle and stablemate Te Akau Caliburn had an exhibition gallop at Te Rapa on Wednesday ahead of their feature targets at Trentham at the end of the month.

Galloping at intervals, Melody Belle worked boldly over 1000m under jockey Opie Bosson, in preparation for the Group 1 Thorndon Mile (1600m), while Michael McNab put Te Akau Caliburn through his paces ahead of the Group 3 Wellington Cup (3200m) at the same meeting.

Melody Belle finished runner-up in her 1200m trial at Matamata last week behind Karaka Million 3YO favourite Amarelinha and trainer Jamie Richards said her exhibition gallop on Wednesday will help improve her ahead of her Thorndon Mile test.

“Everything is going according to plan,” Richards said. “She had a decent blow after the trial last Tuesday and we’re taking the opportunity to get more work into her there today. “She was keen to go quicker, so I’m glad we’re taking the edge off her. We were treating it like a second trial and an opportunity to get her off the property, give her a spin around and tighten her up a little bit.

“She’s probably five to 10 kilos above where I’d like her to be in terms of her racing weight but this will bring her on nicely and she looked to be doing some nice work.” Richards is pleased with the way Melody Belle is progressing ahead of her resuming run at Trentham. “She’s going as good as we’ve ever had her,” he said.

“She is sound and happy and as she’s got older she’s eaten better and continued to work well. She has lost a little of her spring, or sharpness, and looking for a bit further, hence why she’s kicking off at a mile. “She was there to do a nice strong bit of work today, and Opie gave her a click down the shoulder and made her run through the line and that’s exactly what we wanted her to do.”

Richards said that following the Thorndon Mile, Melody Belle would target the Group 1 Herbie Dyke Stakes (2000m) at Te Rapa. “That’s the plan and we’re pretty mindful of travel to Wellington and making sure she is fit and forward enough to handle it, and then the travel home and two-week turnaround into Te Rapa,” he said. “So, it’s important she has a couple of extra decent gallops, a good strong trial, and hopefully she’s right where she needs to be.”

Purchased by Te Akau principal David Ellis for $57,500 as a yearling at Karaka, Melody Belle has won 17 of her 35 starts and $4 million in prizemoney.

Richards is also looking forward to contesting the Wellington Cup with Te Akau Caliburn. “He ran well in the City of Auckland Cup without a lot of room over last couple of hundred yards,” he said.

“He’s a horse that has had trouble with his soundness and, hence, why we can’t race him as much as we’d like to. But, he had a good strong exhibition gallop over a mile today, with give in the ground which suits him, and it will bring him on well. “If he relaxes and settles, I think he’ll be a really nice chance over two miles in the Wellington Cup.”