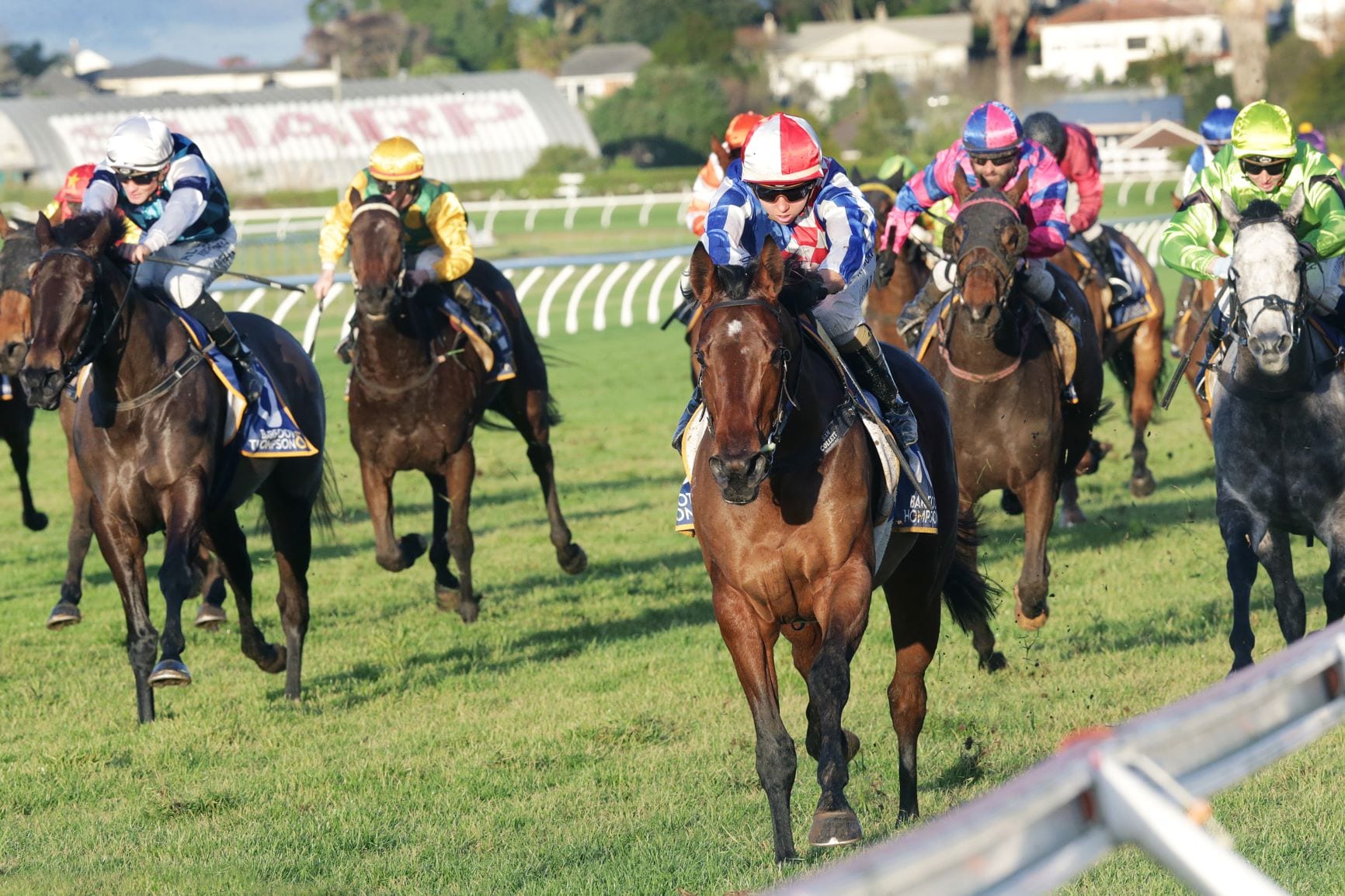 Talented three-year-old Shoshone was back to her best as she registered a comprehensive performance to win fresh-up over 1200m at Ellerslie on Saturday. The Ken and Bev Kelso-trained filly had won impressively on debut at the venue just over a year ago but a series of niggling issues had limited her to only two further starts since then, both of which saw her fail to fulfil the potential seen in her first victory.

A strong performance for third over 900m at the Te Rapa trials last month indicated she was ready to return and so it proved as she stalked the leaders for rider Samantha Collett before taking control on the home turn and racing away for a three length victory on the Heavy10 surface. “She has had a few minor hiccups along the way which has been a little frustrating,” Ken Kelso said. “She was ready to go again in the autumn but we had to close down so that held her up a little. “She’s back now and won nicely so hopefully she can go on with it.”

Despite seeming more than comfortable in the wet conditions Kelso believes the Sacred Falls filly will be just as adept on better ground. “She won pretty comfortably on a similarly wet track on debut but then didn’t really fire on better surfaces at her next two starts,” he said. “I don’t think that is indicative of a preference for her as it may well have been the niggles she has had that contributed on those occasions. “She has plenty of talent so we are hoping to get her through the grades and then look for some black type with her. “If it does turn out that she wants it wet there will still be plenty of opportunities over the next few months for her.”

Kelso is delighted with how the stable is progressing at present with two of his established stars getting ready to kick off their new campaigns at the Taupo trials in August. “Supera and Princess Kereru have been back a while now and going along nicely,” he said. “It looks like they will both go to the broodmare paddock later in the year so we are getting them ready for their last campaigns.

“We’ve got the open trials they have at Taupo on the morning of their August racemeeting earmarked as the first outing for them both and then they will go to the Foxbridge Plate (Group 2, 1200m) at Te Rapa. “Princess Kereru will head to the Group 1 Sprint on the first day at Hastings while Supera will miss that one in favour on the Group 1 mile on the second day there.

“We hope to be able to get Princess Kereru through to the Railway (Group 1, 1200m) at Ellerslie on New Year’s Day for her final race while Supera has the Zabeel Classic (Group 1, 2000m) on Boxing Day as her final target.”

Kelso also advised that exciting filly Levante is getting ready to make her return to the track although a slight setback will see her off the scene until later in the year. The Proisir three-year-old won her first four starts before finishing an unlucky second in the Group 2 Wellington Guineas (1600m) in March before being put aside for a spell.