Shooting For Gold has Gold Coast ATC Cup in sights 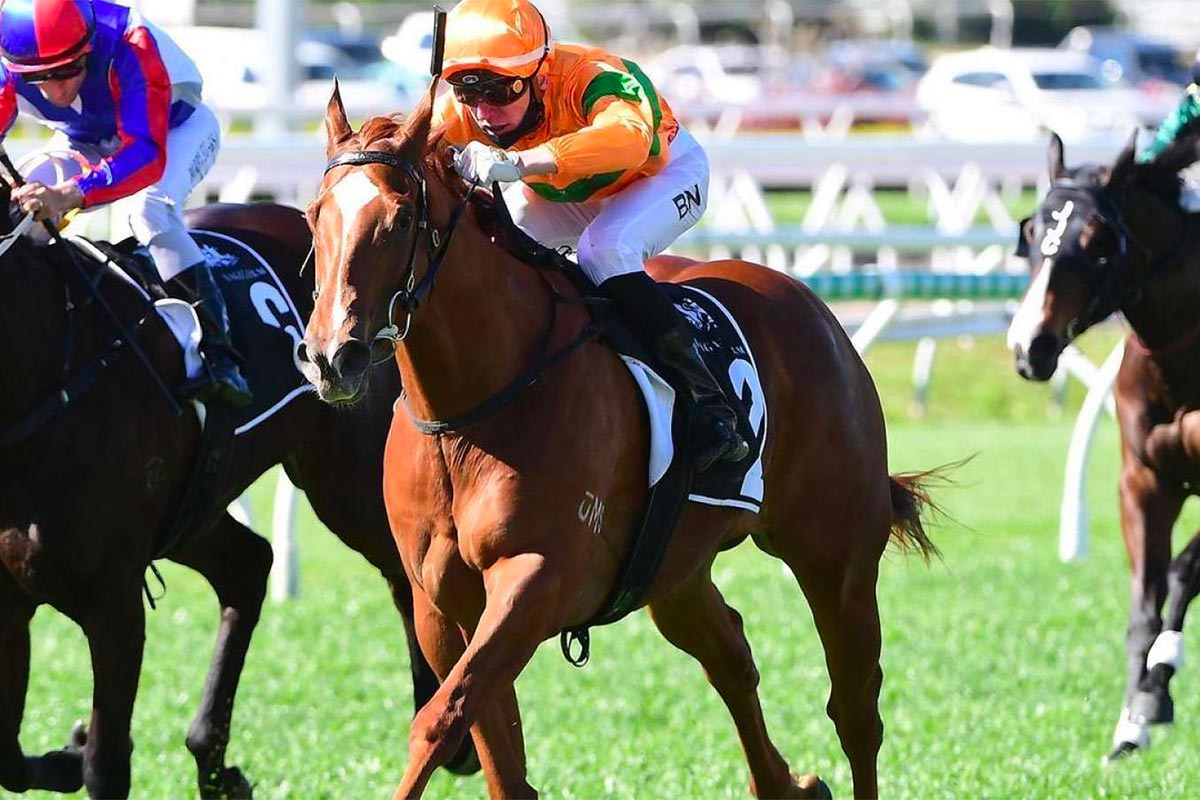 One of Queensland’s most promising sprinters Shooting For Gold will be out to win his first race since August, when he lines up in Saturday’s Listed ATC Cup (1200m) on the Gold Coast.

The Steven O’Dea & Matthew Hoysted-trained four-year-old has built an impressive record in his 14-start career, winning on seven separate occasions and having placed on four other occasions.

The son of Shooting For Gold was terrific first-up on April 16 at Eagle Farm, running second in the Listed Ascot Handicap (1000m), so the stable is hopeful that he can go one better at the Gold Coast this weekend.

“He’ll go to the Gold Coast in the ATC Cup down there,” Hoysted said after his first-up run.

“He pulled up super, you wouldn’t know he’s gone around and he’s come through in really good order.

“We couldn’t be happier with the way that he’s gone and he seems to have come through it really well, so we’re looking forward to getting him down to the Gold Coast.”

With over $360,000 in the bank already, the sky is the limit for the lightly-raced chestnut, but Hoysted insists that they won’t be pushing him too hard over the coming weeks, as things really start to heat up in Queensland.

Despite a race like the Doomben 10,000 (1200m) appealing to the in-form stable, the 1200m sprint does look unlikely for Shooting For Gold, as it would be seven days after the ATC Cup.

“We will just be guided, but probably not,” the co-trainer said about Shooting For Gold’s Doomben 10,000 chances.

“A race like the Moreton Cup (1200m) is probably a race that we’re targeting with him, but again, it’s hard for these horses – similar to those fillies (Teranga and Canadian Dancer).

“That run last week (Ascot Handicap) was Shooting For Gold’s first proper test against this grade. Obviously he met Zoustyle in that race at the Sunny Coast and then went off in the gates in the Bribie.

“There were no real top-liners in that when he disappointed in that last run last preparation. Getting him against these better horses, that’s when we’re going to see if he’s going to be able to mix it with the top-liners, or whether we’re just going to stick to that little bit easier option – that Listed, Group 3, Group 2 of the Moreton might be more his go – but we’ll just see how his preparation continues.”