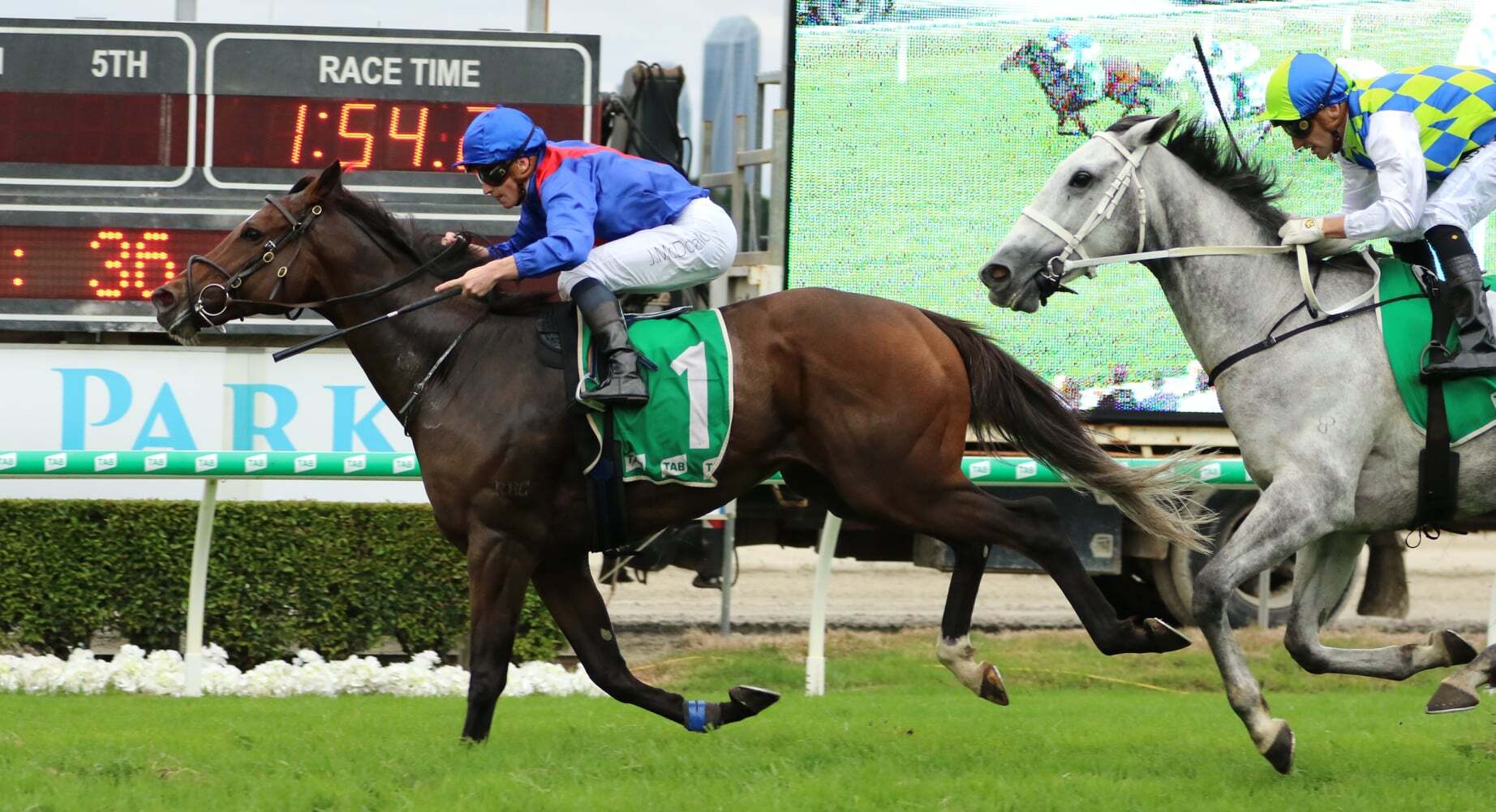 Zaaki has remained unbeaten in Queensland following another gritty win in the Group 2 Hollindale Stakes (1800m) at the Gold Coast.

The Annabel Neasham-trained seven-year-old won this race 12 months ago in his first Queensland start, before going on to win the Doomben Cup and Q22, with those races once again being the plan from here.

After taking up the running under James McDonald, the star galloper never looked like getting running down, despite a late rally from both Polly Grey and Kukeracha.

McDonald said post-race that the champion horse was “pretty fresh”.

“He was pretty fresh wasn’t he?,” the jockey said.

“I knew the hardest part of it was going to be getting on him and getting to the barriers. He’s such a quirky bugger.

“He popped away okay and I thought he glided through the first furlong alright and then he caught a bumb from an outsider horse coming in, just spurred them on a bit and it wasn’t necessary.”

Now set to defend his crown in the Doomben Cup in a fortnight, Neasham said that the horse did everything she hoped he would.

“Doomben Cup for sure in two weeks,” she said.

“The forecast is absolutely treacherous but we’ll press forward to there and he’ll be cherry ripe? That might’ve just hopefully knocked that little bit of freshness out of him.”

Zaaki firmed into a $1.65 favourite with online bookmakers for the Doomben Cup, which will be run and won on May 21 at Doomben.