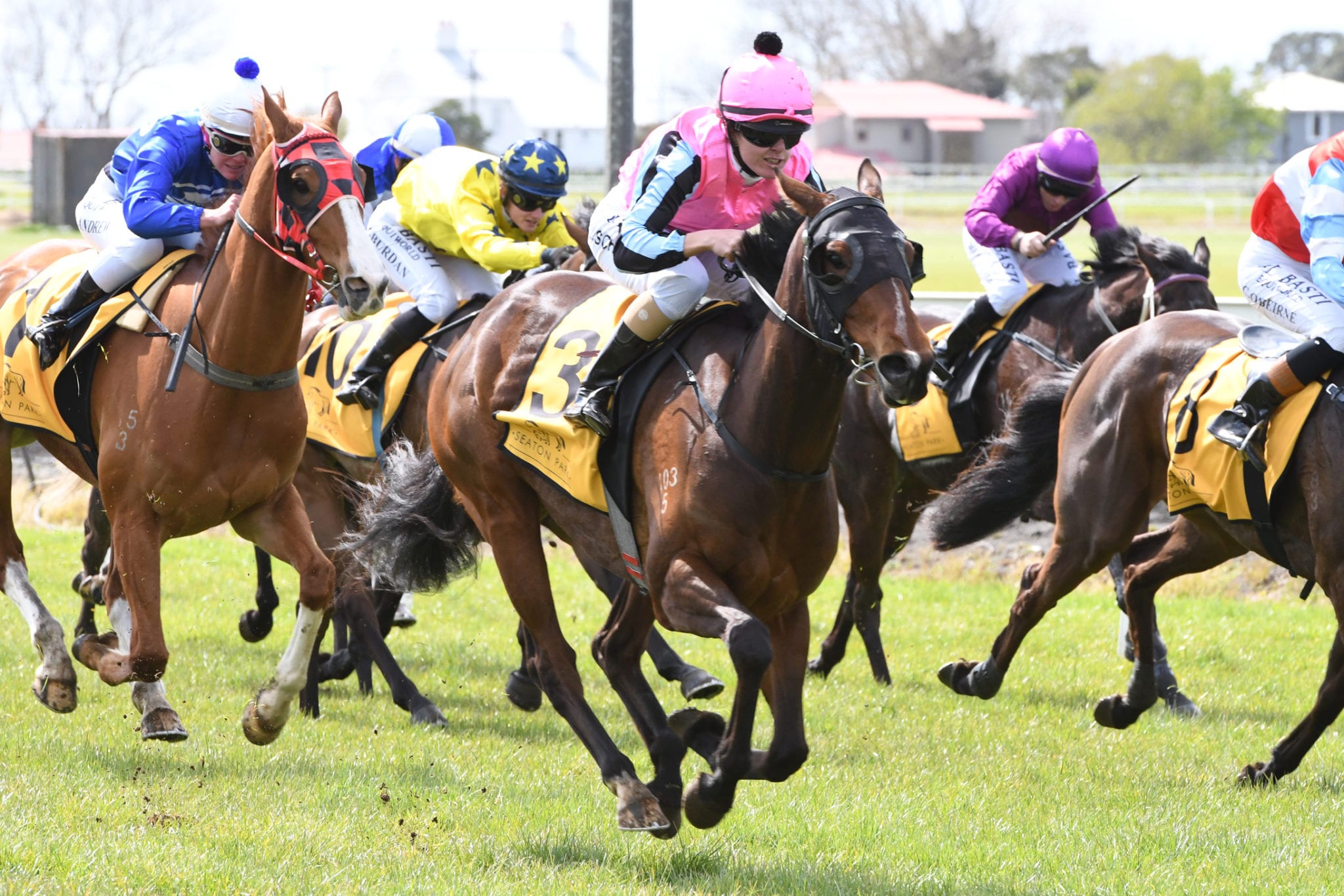 Local trainer Allan Sharrock dominated the early events at New Plymouth on Saturday when he produced the first four winners on the eight-race card. Lightly raced Tavistock entire Tavi Mac made it two wins from two starts when he burst between runners to dash clear in the final stages of the opening 990m contest under the guidance of Sharrock’s three-kilogram claiming apprentice, Hazel Schofer.

Sharrock believes Schofer has ability to become a headline act in the riding ranks and his assessment looked right on the money following the conclusion of the second race after punters witnessed an almost unbelievable winning effort from red-hot race-favourite, Akerra. On the back foot as the gates opened, the four-year-old Ekraar mare missed the start of the 1300m contest by a conservative six lengths. Schofer was calm under pressure as she let Akerra find her feet before tacking on to the back of the field with 600m to run.

Sent to the extreme outside in the home straight, Akerra rounded up her rivals with a couple of huge bounds before driving clear to win by an increasing two-length margin at the winning post. Visiting South Island apprentice Kozzi Asano also showed his future potential when he produced a well-judged effort to land London Express as the winner of race three with Mars Bars finishing on in to second to provide Sharrock with the quinella.

Schofer made it three wins from her first four rides when Collinstreet snatched victory in race four with a late lunge to deny race favourite Secret Squirrel and chalk up a winning quartet for Sharrock.

Sharrock, who had been confident of a good day for the stable before racing commenced, was chuffed with the performance of all of his winners, with Schofer’s ride on Akerra being singled out for special praise. “Normally a kid in that position would have panicked on a two-dollar favourite,” he said. “She just let it slide up behind them and had one run from the 500m. “It was a big performance. “I don’t want to do too much more with her (Akerra) as she will be a bonny mare in the autumn.”

Sharrock admitted Tavi Mac held a special place in his stable, although he jokingly described him pre-race as having the looks and stature of Tolkien character, Frodo Baggins. “He’s a lovely little horse and is a bit special to us as he is so small,” Sharrock said. “He hates getting beaten in a gallop and he travelled like the winner the whole way. “He’s out of a good mare (Bellaroof) and I think he will go through the grades.”

Sharrock was also pleased to see London Express bounce back to winning form after producing some muddling efforts since a fresh-up success at Trentham back in early May. “Kozzi rode her perfect, as we blew it last start when we rode her on speed,” he said. “She’ll be better in the Autumn as well but there is a weight-for-age stakes race in two weeks and she has won good enough to say she will be a chance.” Sharrock was referring to the Group 3 Rich Hill Stud Taranaki Breeders (1400m), a weight-for-age fillies & mares contest to be run at Hawera on October 13.