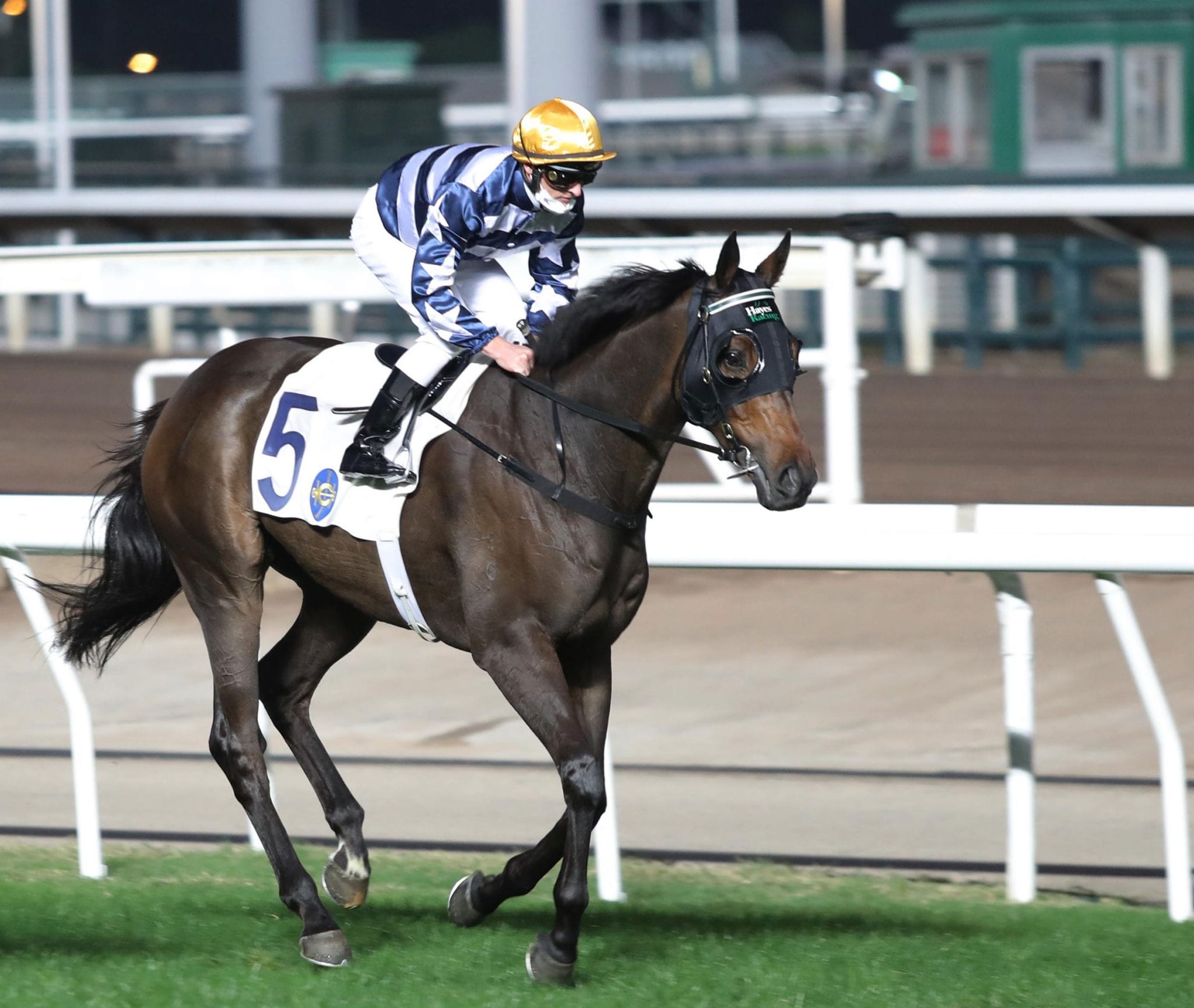 In the formative throes of his second Hong Kong training stint, Hayes believes Shadow Hero is primed to deliver an elite performance – right on cue.

“Shadow Hero, I think, has hit form at the right time. His lead-up race was really good and he has improved since,” Hayes said, referring to the Pierro gelding’s eye-catching third to Healthy Happy in the Hong Kong Classic Cup (1800m) on 21 February.

“In the trial (on 9 March over 1600m at Sha Tin), we looked after him. He didn’t ‘race’ and finished fifth (behind Russian Emperor) and he came out of it really well. I’m pretty confident he’s peaking now.”

Shadow Hero was one of Australia’s premier juvenile talents with four victories from 11 attempts, including Group 1 triumphs in the Spring Champion Stakes (2000m) at Randwick Racecourse in October 2019 and the Randwick Guineas (1600m) at the same track in March 2020.

He has slowly built form since arrival in Hong Kong and has the services of Zac Purton on Sunday.

Hayes will also saddle Conqueror, a solid fourth in an 1800m Class 2 behind Butterfield on 7 March, 2021.

“Conqueror ran a good race last start and his trackwork with Shadow Hero on Tuesday morning on the course proper was really good. He’ll get the blinkers back on – I think he’s a better horse in blinkers,” Hayes said.

“His run in the winkers was good, but he sort of dropped the bit with 600m to run and lost concentration.

“He finished off very well but you can’t do that – lose concentration – in a Derby, of course, so the blinkers will be a plus.”