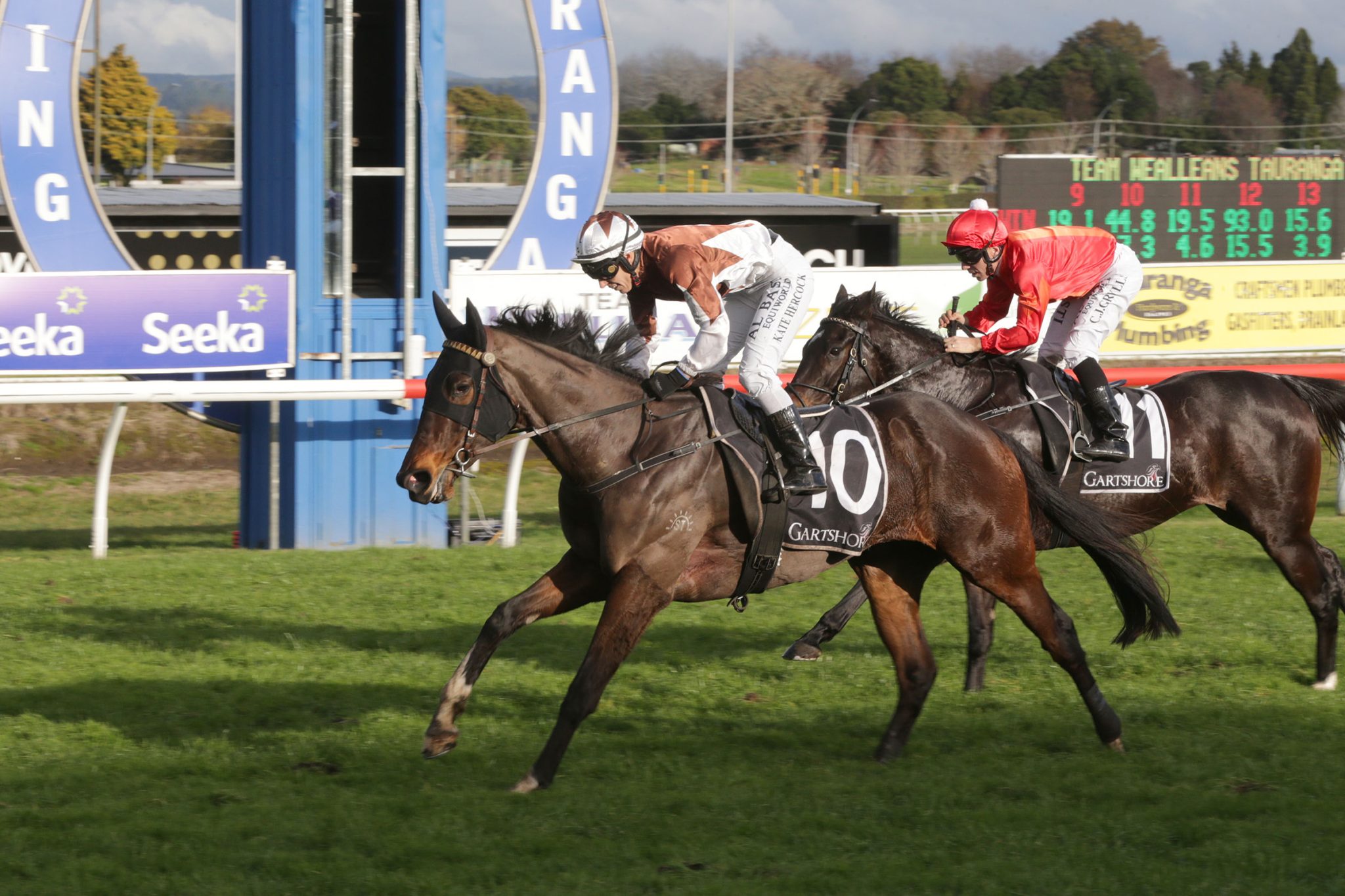 Underrated New Zealand mare Sanibel upset the applecart when she took out the Listed Team Wealleans Tauranga Classic (1400m) at Tauranga on Saturday.

The Shane Brown-trained Woodville visitor went into the fillies and mares feature as a last start winner at Trentham over the same distance and produced a similar effort to secure her first black type victory and biggest career win.

Ridden patiently by Kate Hercock, the five-year-old daughter of Shamexpress settled well back in the early stages and was a clear last with 600m to run.

Hercock sent the mare on searching wide run approaching the home turn and she joined issue with leaders So Gorgeous and Jodelin Gal at the 200m before forging clear to win comfortably by a length at the generous odds of +4380 on the tote.

Brown admitted he was hopeful rather than confident heading into the race and when he saw his charge struggling in the ground at the rear of the field his heart fell.

“That is just a super result for us and it sets her up for a broodmare career when she eventually retires,” he said.

“My partner Amy and I own fifty percent of her and for battlers like us it means so much to win a stakes race.

“I have been guilty in the past of running her in the wrong type of races as she seems to go best on the fresh side and over 1400m.

“Her last start win at Trentham was really good although I was hopeful today rather than confident as it was definitely a big step up for her.

“When I saw her floundering out the back, I nearly gave up on her, but she hates racing amongst horses and when Kate got her to the outside she really picked up.

“I knew she was a big winning chance halfway down the straight and it’s fair to say I cheered her home pretty hard in that last 200m.

“I’m not sure what is next for her but she should get enough points to get into a race like the Opunake Cup (Listed, 1400m) so that might be a nice target for her.”

Hercock echoed Brown’s thoughts when she felt her mount starting to drop out at the 800m but knew if she could get her into the clear she could pick up the bit in the tricky track conditions.

“She just wasn’t travelling and they were laying all over her,” Hercock said.

“I thought we would run last at one stage but when we got clear she just took off and we got into contention pretty quickly approaching the turn.

“I had a lot of confidence in her as her work had been impeccable since she won at Trentham.

“I also made sure I was counting my whip strikes as I have been in trouble for that and I knew I had one left in the straight if I needed it but thankfully I didn’t have to use it.

“It’s a really special win for me as Shane and his partner Amy have supported me all the way through since I made my comeback to riding, so to win a race like this for them is very memorable.”

Out of the unraced Kaapstad mare Margaux Belle, Sanibel is the granddaughter of Wave To Lottie, the dam of outstanding racemare Veloce Bella who won 12 races, six of them at stakes level including the Group 1 International Stakes (2000m) at Te Rapa.