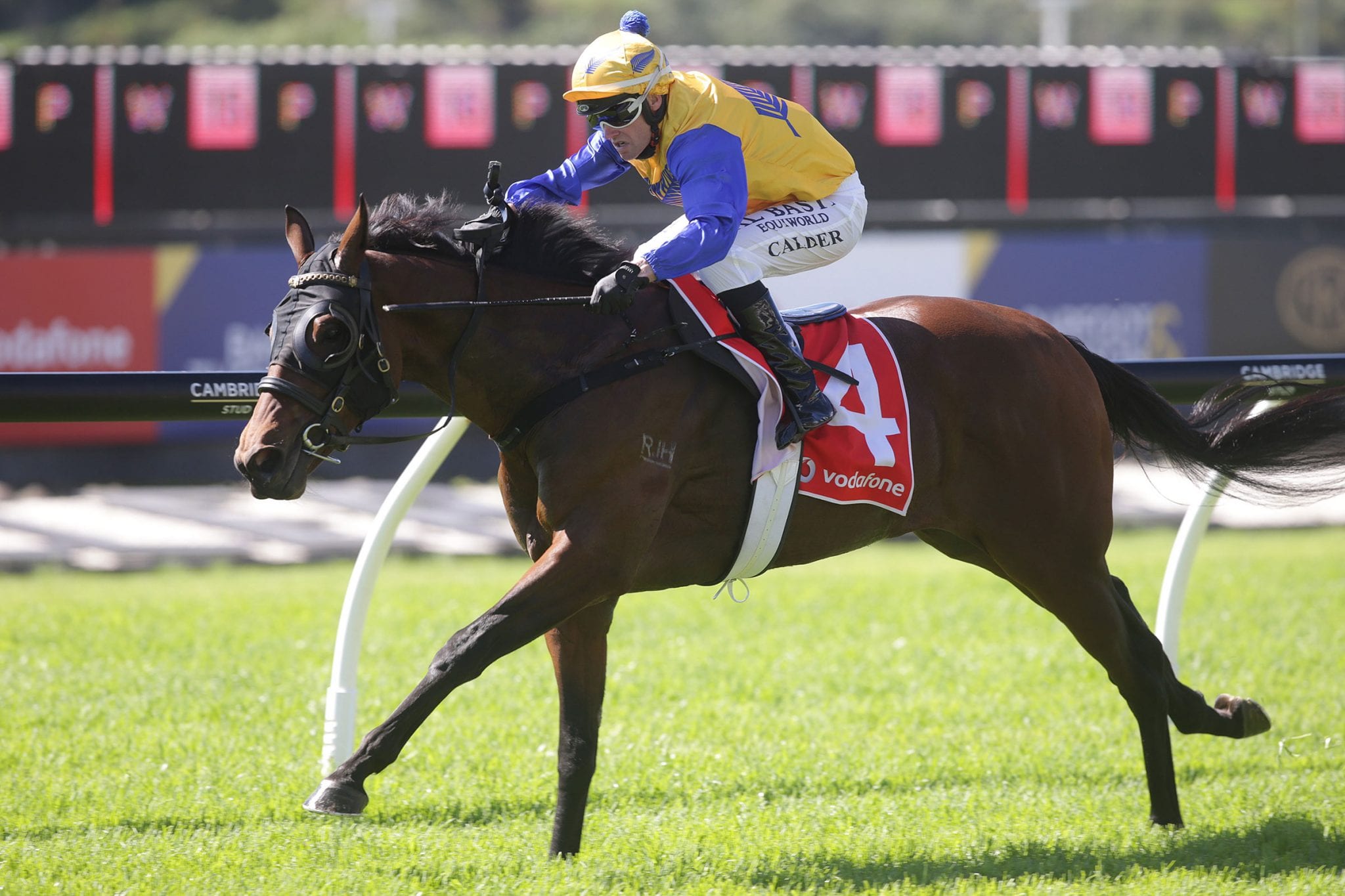 Stakes-winning New Zealand two-year-old Atullibigeal has been sold and will continue his career in Hong Kong.

Prepared by Te Awamutu horseman Carl Henderson, the son of Street Boss was an impressive winner of the Listed Auckland Futurity Stakes (1400m), with all the makings of a nice middle-distance horse for the forthcoming season.

But not surprisingly, overseas interest was strong in the quality youngster, who was also runner-up in the Listed Champagne Stakes (1600m) at his previous start, having also won over 1300m at Ellerslie in early April.

The sale left Henderson with mixed emotions, with the best still ahead of Atullibigeal, who will join the stable of David Hall.

“He is a big, narrow horse who has still yet to furnish,” Henderson said.

“Right the way through I said to the owners, ‘whatever he does as a two-year-old is a bonus as he needs to grow into his frame and furnish into a horse.’

“He still has plenty to learn, he does a bit wrong and just does it all on raw talent to be honest.

“He has a high cruising speed but has a good turn of foot when he needs it. I just think 2000m is right up his alley.”

Henderson, who along with wife Cassie prepares a small team, is acutely aware of the necessity of trading horses, but said it was never easy watching quality bloodstock exit the stable that could have put the astute horseman’s name up in lights.

“I said to one of the owners I don’t know how I feel about it. You don’t sell horses for this sort of money very often and, while it is great to see the money in the bank, it will be hard to see him go,” Henderson said.

“The promotional factor out of having a headline horse is worth a hell of a lot to any training business.

“I love the horses and am pretty passionate when they perform and winning those pin-up races is what it is all about, but it is a case of scrapbook or cheque book.

“The day we won the stakes race at Ellerslie, one of the owners, who is in their sixties, said ‘what other thing can you do in life that makes you jump up and down and scream like in a horse race?’ The thrill of winning ownership — there is nothing else like it.”

“The phone hasn’t stopped ringing for him either,” Henderson said. “It is the same owners as Atullibigeal so they are having a bit of luck.

“Because they have sold him they are in no hurry to sell the Smart Missile. He is quite an exciting horse. It is quite nice to have one to take his place.”

The boutique stable also have last-start winner Jodelin Gal to look forward to. The four-year-old daughter of Swiss Ace has won two of her four starts, including a Rating 65 event over 1200m at Pukekohe last start and could potentially head towards the Listed Powerworx Opunake Cup (1400m) at New Plymouth.

“The other day she got to the front and waited for the other horses and you can’t be doing that in better races,” Henderson said.

“She can get through the mud, which is a real asset at this time of the year. She does have a turn of foot on top of the ground but she does get through the mud so we may as well use that to her advantage and find a nice race for her.”