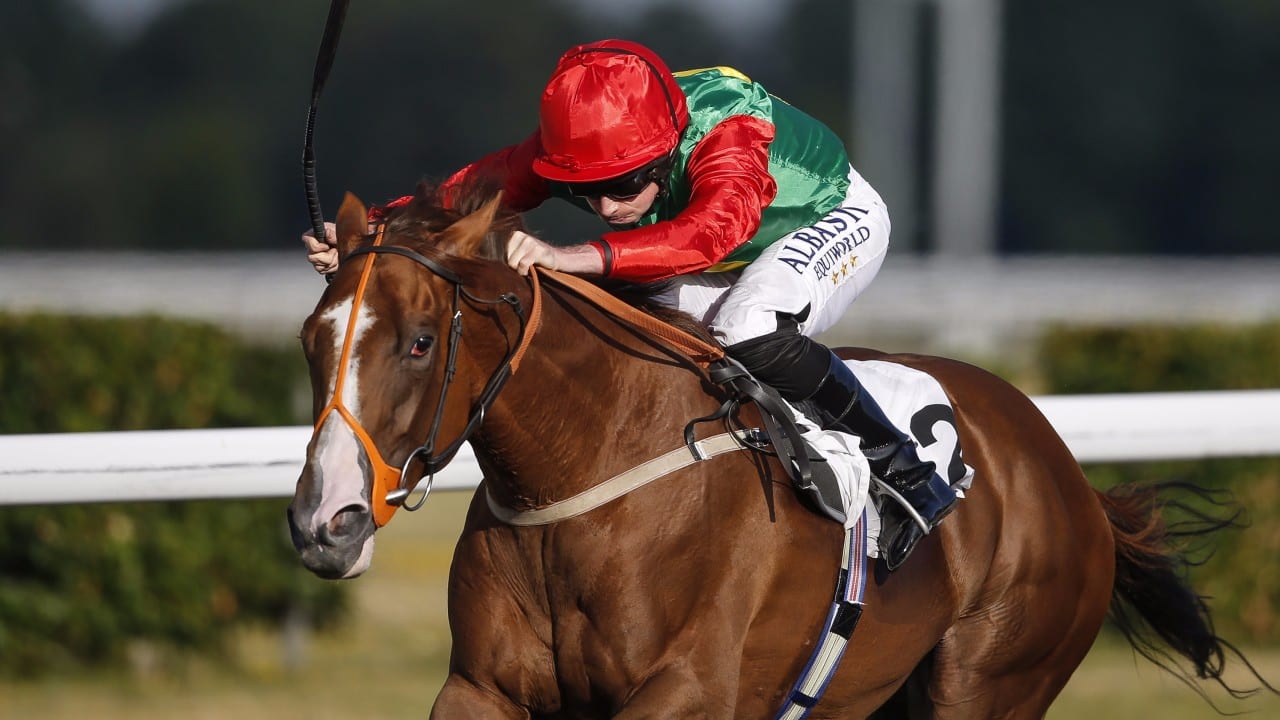 The horses with the highest Official Rating in the two Group 3 races at Sandown on Sunday are the second favourites and the double on Billesdon Brook and Dubai Fountain pays +2100 with BetOnline.

Quadrilateral and Etonian are the market leaders for the Atalanta Stakes (+205) and Solario Stakes (+240). Both horses look like they could be vulnerable favourites and there is better value in backing the second best in the betting at healthy combined odds.

The going at Sandown is currently expected to be good to soft, soft in places. That could change because rain is forecast in the area before post time. There is a 40% chance of rain on Sunday morning so the underfoot conditions could be soft or even heavy.

The two Group features are run over the round course on which there is no draw advantage. Horses in both races navigate a sharp right-handed turn and then race along the run-in of four furlongs.

The Atalanta Stakes is a race for fillies and mares aged three and older and the distance is seven furlongs and 11 horses have been declared to run. Three-year-olds carry 8st 12lbs and the older horses carry 9st 4lbs and there are penalties for Group race winners. There have been five winning favourites over the last 10 years.

Billesdon Brook is a five-year-old so gives 6 pounds to Quadrilateral who is in the Classic generation. The weight-for-age allowances have proved the test of time so the variance is justified and manageable by the selection.

The Richard Hannon trained Billesdon Brook has won seven races from seven furlongs to one mile and is not ground dependent. The horse’s latest effort was a second place finish in a Group 1 race at Newmarket over one mile on soft going. That run gives Billesdon Brook an edge on ratings.

Quadrilateral’s three wins have come on good and good to soft ground so the horse has not won on soft or more extreme going. Finishing third in the Coronation Stakes at Royal Ascot was a fine performance but at the odds and on the ground, Billesdon Brook is preferred.

The Solario Stakes is confined to horses aged two and the race distance is seven furlongs. The colts carry 9st 1lbs and there is a three pound allowance for fillies. All 10 winners since 2010 were in the top three in the betting and favourites have won in the last four years. Etonian is not fancied to keep that run going.

Being a colt, Etonian carries three pounds more than the filly Dubai Fountain and that could be the difference between winning and not winning the race. Etonian won his only start to date but has yet to earn an rating. Dubai Fountain is more experienced and has not finished outside the first two in four outings. That experience and allowance makes Dubai Fountain the selection.

There are seven Group 3 races at Sandown during a normal season. In 2019, there were two winning favourites who both started at odds-on. However, two second favourites also prevailed and there were winners at +1200(twice) and +700. The average price was +500.

With these outcomes and the ratings in mind, Billesdon Brook and Dubai Fountain are the horses to back in the two Group 3 races at Sandown on Sunday.