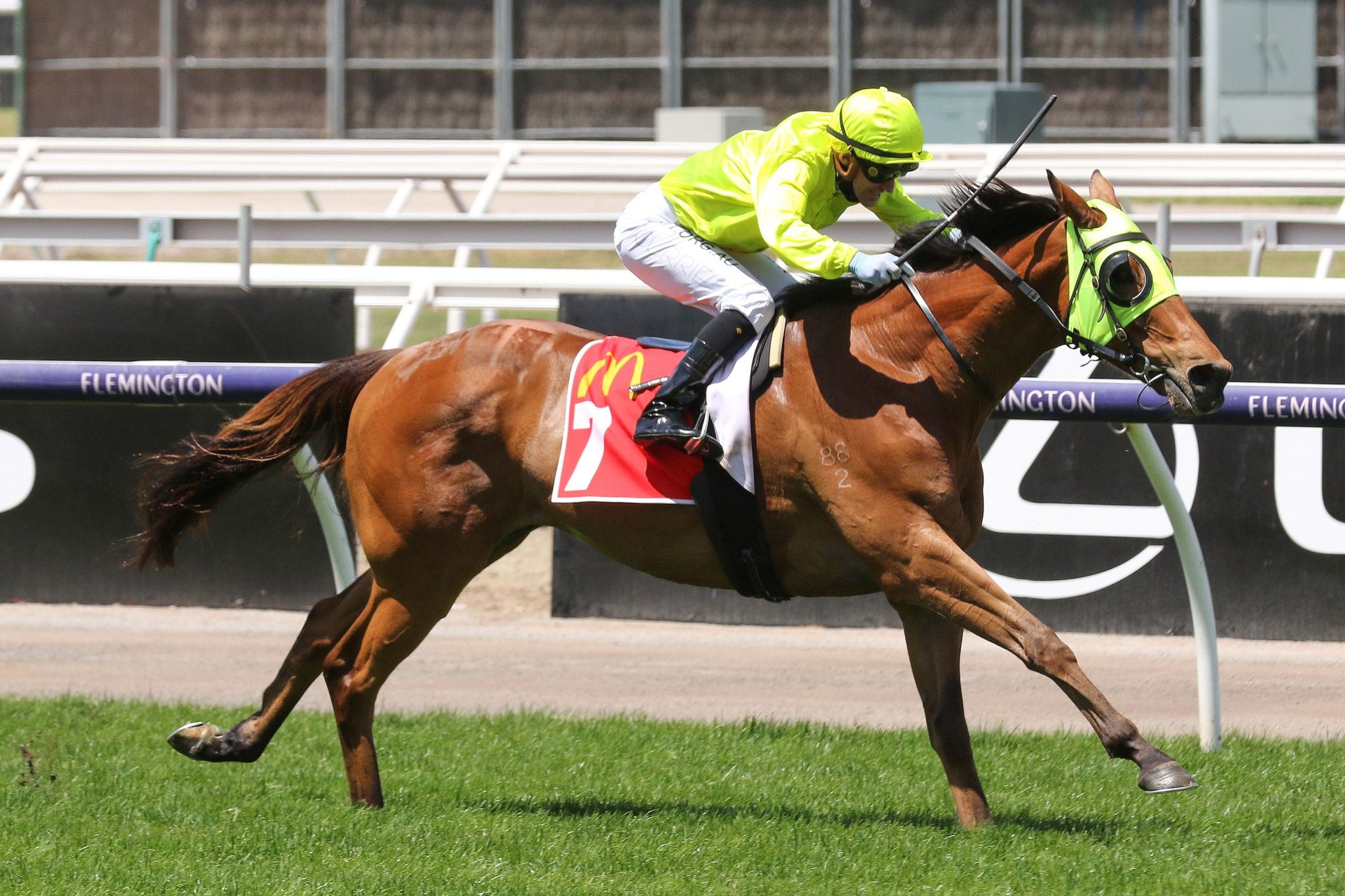 Former New Zealand-trained galloper Sin To Win was back in the winner’s circle for the first time in 900 days, when successful in The Macca’s Run (2800m) at Flemington on Melbourne Cup Day.

Prepared by Tom Dabernig and Ben Hayes, the eight-year-old son of Sir Percy relished stepping up in distance at a track he consistently performs well at, advancing his record to seven wins and 19 placings and A$682,523 in prizemoney.

Under a confident Luke Currie ride, Sin To Win had two-and-a-half lengths to spare on Naval Warfare and Yonkers and is set to step up to two miles at Sandown in just under a fortnight. “He hasn’t won since 2018 but there’s been a lot of good, solid performances but we just haven’t been able to find races long enough for him. He’s a real two-miler and today he loved the 2800m,” Dabernig said.

“He’s got a good Flemington record and we’ll probably head towards the Sandown Cup (Listed, 3200m) with him.”

Winning rider Luke Currie was happy to go back with the eight-year-old gelding from a wide draw, knowing he lacked early speed. “He cruised along and then got out into the three-wide running line and I got on the back of a couple of horses I was happy to follow into the race,” he said.

“He was always going to be spotting them a start, but that’s his style. He was brilliant when he unleashed down the middle.”

Sin To Win began his career in New Zealand with Tony Pike, for whom he won three of his five starts. He was bred by Kiwi Jenny Grieve, who remains in the ownership along with Seymour Bloodstock and the Lechte Family.