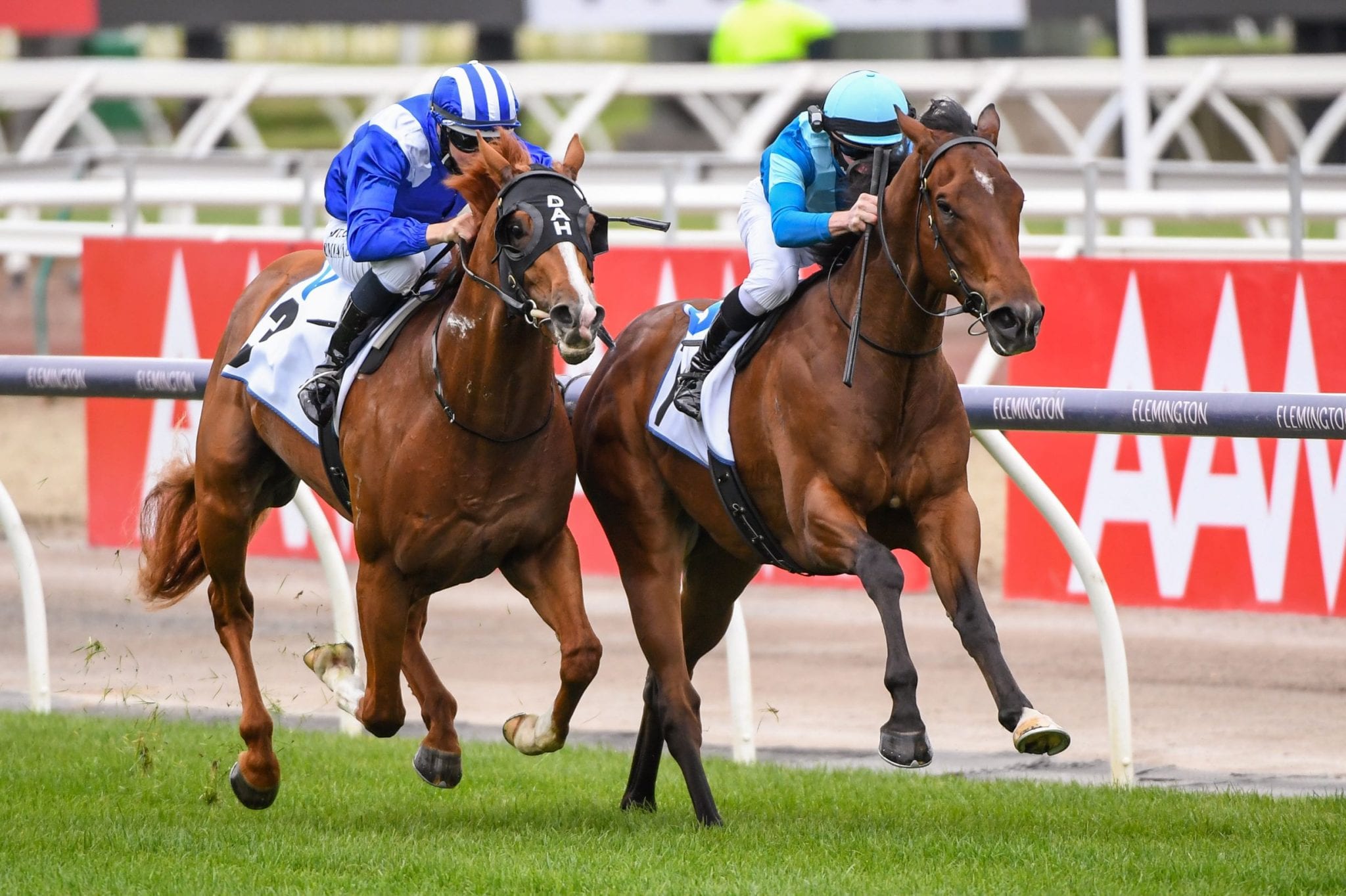 New Zealand-owned three-year-old Crosshaven called on all his fortitude to outgun stablemate Aysar in the Group 3 Carbine Club Stakes (1600m), the opening event of the Melbourne Cup Carnival at Flemington.

The Tom Dabernig and Ben Hayes-trained gelding races in the colours of Auckland property developer Daniel Nakhle and has been a model of consistency, winning five of his seven starts and entered the contest on the back of a fourth placing in the Group 1 Caulfield Guineas (1600m).

“He’s been in since winter, hasn’t really had a break. Every time we’ve asked something of him, he’s improved. I think it’s a good sign of a quality horse,” Hayes said. “He got passed by Aysar but he kicked back and got him on the line. Aysar’s no slouch. I think we’re very lucky to have two Classic horses.”

Ridden by expat Kiwi Daniel Stackhouse, Crosshaven lead throughout at a measured tempo. “We controlled the race from a long way out. I knew I had the horse underneath me. The stablemate got past me, but he fought back and got past the post first,” Stackhouse said. “He’s a fighter, he tries really hard. He pins his ears back and dug deep again. It just shows the quality of horse again. Probably an easier barrier today made it easier for us. “Full marks to the stable, they’ve done a great job with him.”

An $80,000 yearling graduate of Haunui Farm’s 2019 Karaka Book 1 draft, Crosshaven was initially passed in before selling to Lindsay Park with Nakhle retaining a share. Nakhle had enjoyed previous success with the Lindsay Park team after selling a half share in Spanish Whisper, who went on to be a multiple Group 2 winner for the stable.

Crosshaven is the fifth winner from Daniel and Elias Nakhle’s Group 2 winning mare Irish Colleen, who is also the dam of Group 3 winner Killarney and seven-race winner Neeson. The victory also provided Nakhle with a winning double after promising mare Arrivederci scored over 1400m at the local Pukekohe meeting earlier in the day.