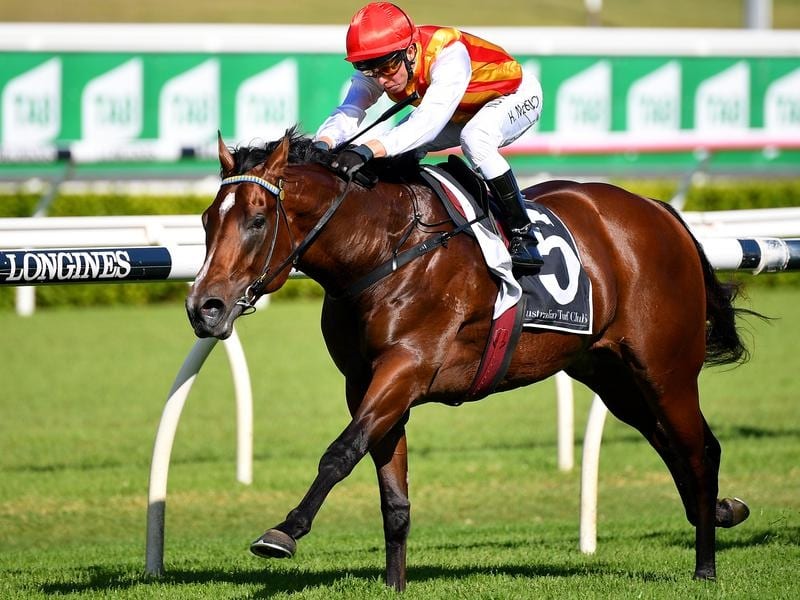 Unbeaten colt Peltzer is unlikely to progress to the JJ Atkins Stakes in Brisbane with trainer Gerald Ryan keen to wrap up his campaign at Randwick.

The two-year-old will bid to defend his perfect record in the Darley 2YO Stakes (1300m) on Saturday before he is spelled with a view to the spring.

Ryan fears that pressing on to next month’s Atkins would not leave him enough time to get Peltzer ready for a possible Golden Rose tilt.

“At the moment I’m not a big wrap on going up there,” Ryan said.

“The lead-up to the Golden Rose and those spring races, they start in the first week of August. He doesn’t get a chance to have a break.

“Not only that, he will have had two jump-outs, two barrier trials, three races. It’s enough for their first preparation.”

A $15 chance in Atkins markets, Peltzer is vying for favouritism on Saturday, alongside the Chris Waller-trained Overlord, a son of Group One winner Red Tracer who ran the quinella behind him last start.

Waller has decided to split his two Atkins hopefuls, opting to run Overlord in Sydney while stablemate Kukeracha has been scratched from Randwick in preference for the Champagne Classic at Eagle Farm.

Kerrin McEvoy has retained the ride on Peltzer after steering him to victory at Randwick where he unexpectedly led and from an outside barrier and Ryan will again leave tactics up to the top-ranking jockey.

Randwick was rated soft on Thursday but with up to 40mm of rain forecast, could tip into the heavy range.

Ryan does not anticipate the wet conditions to trouble Peltzer who is proven in slow ground.