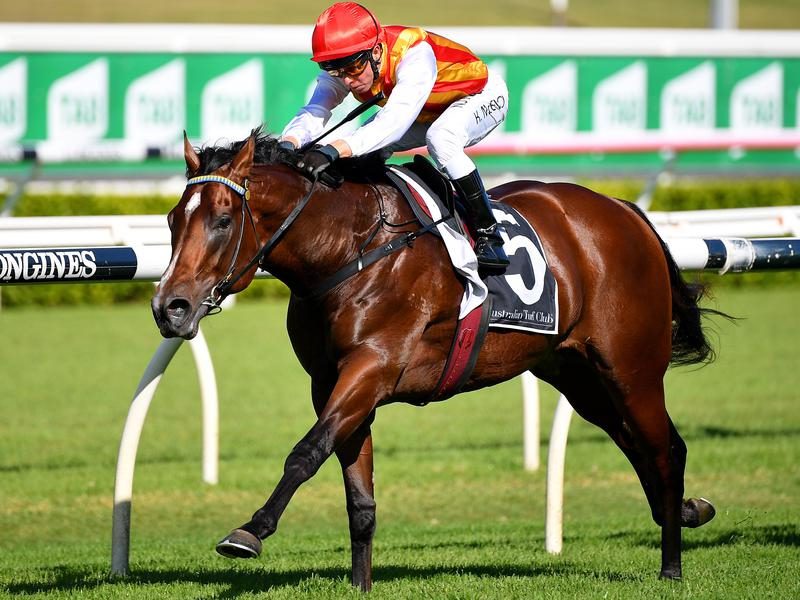 His sire was one of the best stayers of his generation but Peltzer’s future appears to be over shorter courses with the colt demolishing a smart field of juveniles at Randwick.

A son of So You Think, Peltzer ($11) bounced to the front for Kerrin McEvoy and extended his advantage in the straight to score by 1-3/4 lengths over Overlord ($6.50) in Saturday’s Central Coast Mariners Handicap (1200m).

Elizabeel ($7) held on for third another half-neck away.

A $260,000 Magic Millions purchase, Peltzer is not a typical example of So You Think’s progeny and is built to sprint, not stay, according to his trainer Gerald Ryan.

The colt is now undefeated in two starts and holds a nomination for the Group One JJ Atkins in Queensland next month.

But Ryan is lukewarm on a trip to Brisbane and may instead spell Peltzer and bring him back for the better three-year-old races in the spring.

“I’m not sure about Brisbane,” Ryan said.

“I do think he is worth setting for a race like the Golden Rose and if you do go to Brisbane then you have to get them back into work by mid-June.”

Runner-up Overlord turned in an eye-catching effort, making good late ground along the fence after trailing the field early.

Bearing a striking resemblance to his Group One-winning dam Red Tracer, who was also trainer by Chris Waller, Overlord is set to travel to Queensland with Waller believing it will help his development.

“I do think he is still a ‘prep’ away but a trip to Brisbane might help him mature,” Waller said.

“There is a race over 1300-metres at Randwick in two weeks where he will probably go to next and we will see how he goes. The same for Kukeracha.”

Ryan did not anticipate Peltzer leading but said it showed the colt had another string to his bow.

“I was a bit surprised he led but Kerrin had no choice,” Ryan said.

“I have a lot of time for the horse.

“He has done something I don’t like doing, that is backing up a two-year-old 12 days after their first start.

“But he did so well I decided to come here today and give him a crack.”