Ryan banking on Dice Roll in Winter Final at Flemington 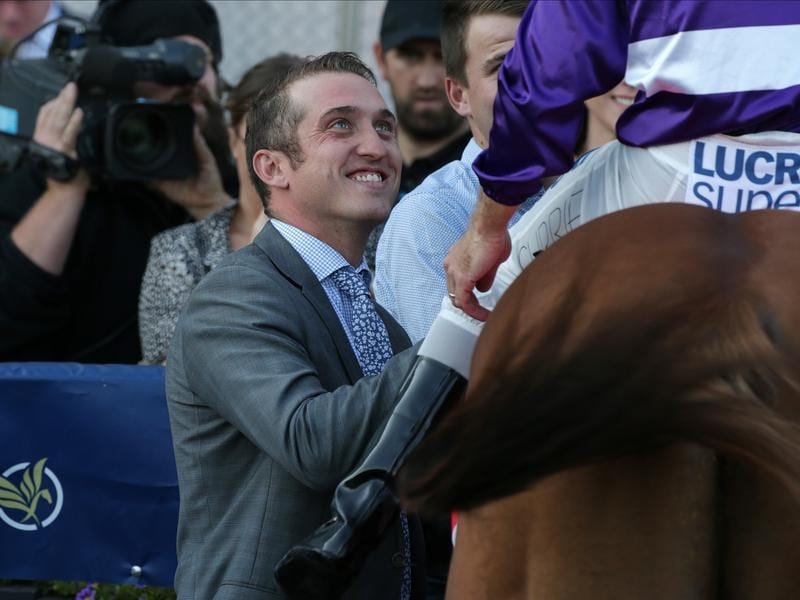 Australian trainer Nick Ryan will head to Flemington on Saturday afternoon with the aim of defending the Listed Winter Championship Series Final (1600m).

The Flemington-based gaffer took this race out last year with Sirconni, who romped away to a dominant four-length victory after settling on speed.

The now six-year-old gelding holds a nomination to the race despite a poor form line this campaign, but Ryan’s key chance looks to come from the newly arrived Dice Roll.

The French import has had three runs in Australia this campaign and is yet to tasted defeat, including a smart win over the Flemington 1420m on June 19 in a heat of the Winter Championship Series.

With big spring targets being spoken about for Dice Roll, a win in the Winter Championship Series Final will only solidify his chances as a threat in races such as the 2021 Cox Plate.

Ryan is expected to spell his star import following his run at Flemington on Saturday, but with the Spring Carnival fast approaching it is expected to be a short one.

“We’ll likely go PB Lawrence, Feehan Stakes, and then hopefully a golden ticket into the Cox Plate,” Ryan told Racing.com back on May 31 when outlining his plans for Dice Roll over the next six months.

Dice Roll is expected to meet a tough field on Saturday where the highest-rated nominated horse is Buckhurst, who is set to have his first run for trainer Robert Hickmott following his transfer from the Joseph O’Brien stable.

After running fifth in the 2020 Caulfield Cup and then having run in the Cox Plate a week later, Buckhurst has since remained in Australia with big spring races in mind.

Since his last run, the son of Australia has been gelded in a bid to get him back to the heights that saw him win multiple Group 3 races in Curragh.

Prolific owner Lloyd Williams suggested that we will see Buckhurst continue to race through the winter in the hope of peaking during the Melbourne Spring Racing Carnival.

Hickmott seemingly holds a strong hand for the Winter Championship Series Final, with Buckhurst being joined among the nominations by stablemates Django Freedman and Schabau.