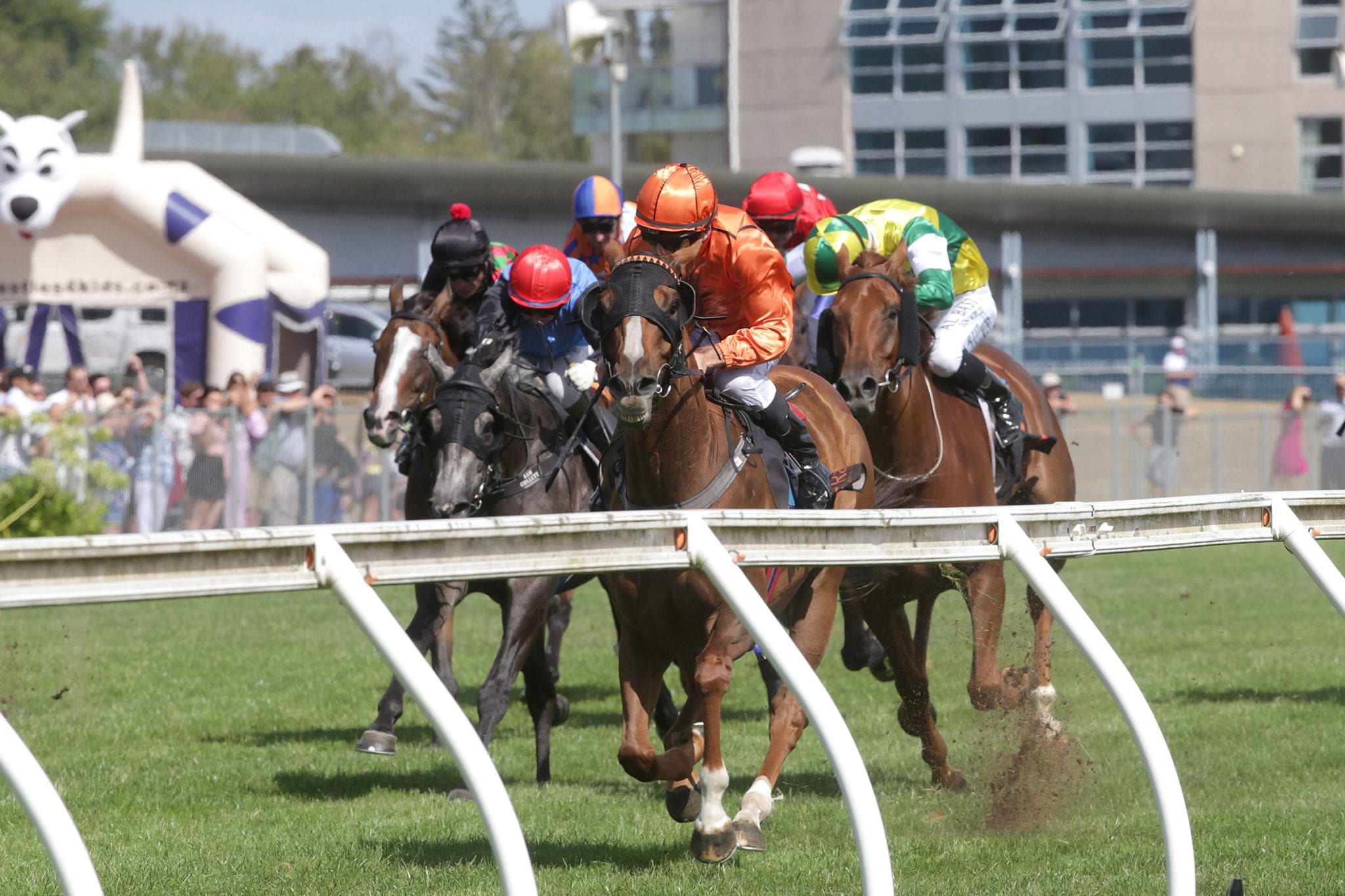 Well-travelled galloper Royal Performer spoilt the party for the many supporters of race favourite Melody Belle when he caused an upset by racing away with Saturday’s Group 1 Herbie Dyke Stakes (2000m) at Te Rapa.

The large on-course crowd were on hand to witness Melody Belle try and break the record of thirteen career Group One wins that she currently holds with mighty mare Sunline, but will have to wait for another day as a rocky run in the home straight put paid to her winning chances.

Just as Melody Belle was being squeezed between Tiptronic and Camino Rocoso and losing her chance, Royal Performer and Jonathan Riddell burst to the front after enjoying a perfect run behind the pace.

Chased hard by The Chosen One, who was fresh-up in a new campaign, Royal Performer dug deep to hold a two-length margin from The Chosen One at the winning post with the 2019 winner of the race, On The Rocks snatching third off Beauden in the final stride.

Trained and owned by Bob Vance and his wife Jenny, the eight-year-old gelding has fashioned a useful record since he made his way to New Zealand after winning three times in Europe and twice more in Hong Kong.

Royal Performer kicked off his New Zealand career in October 2020 and has now won four times from just seven starts.

Vance was overcome with emotion after the race as he realised a career ambition to train a Group One winner.

“What can I say, I just can’t believe it,” he said. “I knew he was a good horse, but he got the perfect run.

“He was only gelded sixteen months ago and when he came back from Hong Kong, we were very lucky to get to work with him.

“He’s had a lot of chiropractic work and Jenny does all the intricate details, as I just ride him.

“Every time he has won lately, I’ve told Jonathan that he has a real turn of foot.

“He is such a lovely horse to work with and you’d love to have more like him.

“It’s my first Group One as a trainer.

“Although Jenny has trained a couple, I never won this race as a jockey either, so I’m delighted to get this result.”

Riddell admitted he went into the race with some confidence despite having just his first ride on the horse.

“I’ve watched all his races and his form in all his New Zealand starts has been good,” he said. “We drew gate one and were able to lob up there and get into a good spot.

“We had the good mare (Melody Belle) sitting outside me and I thought she would take the hole I was looking for in the straight, but that didn’t eventuate.

“Bobby said he had a good turn of foot and when we got inside of Beauden he has just put them away.

“It (the win) has picked me up as I missed a couple of rides earlier in the day through my weight, which isn’t good, as that is something I pride myself on.”

It was the second Group One win of the season for Riddell who scored aboard rank outsider Callsign Mav at odds of better than +8100 in the Group 1 Tarzino Trophy (1400m) at Hastings last spring.

Royal Performer has now taken his career record to nine wins and six placings from just 29 starts and has earned just over $945,000 in prizemoney.

Trainer Jamie Richards later reported that Melody Belle had pulled up well after getting an interrupted run throughout, although she would have further examinations taken over the next few days.