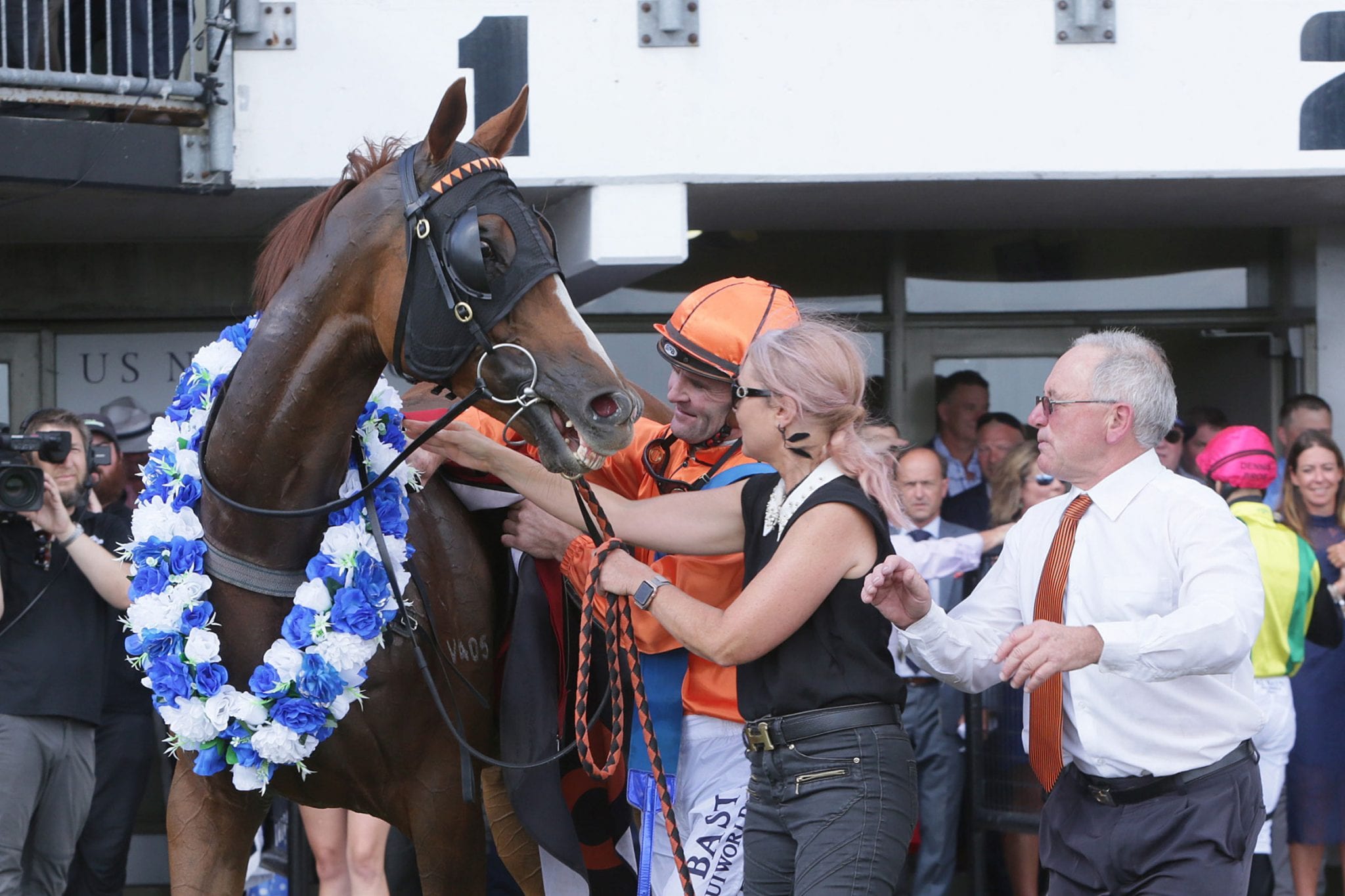 Former champion jockey Bob Vance got to experience the thrill of winning a Group One race from the other side of the fence on Saturday and he loved every minute of it.

Vance was one of the world’s leading riders in his heyday, winning four New Zealand Derbys, two Auckland Cups and the 1993 Group 1 Cox Plate (2040m) aboard The Phantom Chance.

Finishing his career in the saddle in the late 1990’s with 583 winners in New Zealand and countless more from riding stints in Australia, Macau and Hong Kong, Vance settled into stable life of a different kind firstly assisting wife Jenny, who he met while riding in Macau, with her fledgling training career and then in 2003 establishing their training partnership.

The pair operate a boutique stable from their Ardmore Lodge base, with never more than eight or nine horses, mostly owned by long-term clients or by the Vance’s themselves.

While Jenny had trained two Group One winners in her own right including the 1995 Group 1 New Zealand 2000 Guineas (1600m) with Be Boss, ridden by Bob, the pair had never managed a victory at the elite level during their official partnership.

Cometh the hour, cometh the man in the form of former European and Hong Kong galloper Royal Performer, the eight-year-old gelding gifted to the Vance’s by longtime friend, Hong Kong trainer Caspar Fownes.

While delighted by the performances of Royal Performer, who had won three of his six starts for the pair since arriving in their care in March last year, Vance hadn’t contemplated a start in Saturday’s Group 1 Herbie Dyke Stakes (2000m) until his charge crushed his rivals over 1600m at Pukekohe two weeks ago.

“We hadn’t really thought of the race for him but when he won so well at Pukekohe, we thought we had to give him his chance, so we paid the late nomination fee,” Vance said. “He has really thrived since he has been with us and in the races he has won, he has just exploded away in the straight.

“He did the same again yesterday and put a margin on them over the last 200m.

“During the race I got the feeling Melody Belle wasn’t travelling as well as she can and we were just cruising.

“At the 500m I said to Jenny we were a big chance as we seemed to be going so well and I could see Melody Belle was struggling a little.

“As it turned out we managed to get the win and I was pretty much speechless when they were asking me about what had happened.”

Vance admits he owes Fownes a massive thank you for sending him Royal Performer after he first established a friendship with the Hong Kong mentor during his riding days.

“I first met Caspar when I was riding for his father Lawrie in Hong Kong,” he said. “I was riding for another trainer up there but started to get a few outside rides for Lawrie. I rode a lot of winners for him and established a friendship with Caspar who was his father’s assistant at the time.

“We had some great times up there and when I came back to New Zealand Caspar has sent horses to us to be retired or to race in a different environment to what they have up there, knowing they are coming to a good home.

“When we got Royal Performer, he had only been gelded a few months and had won a race up there but was probably looking for the change that we can provide.

“I guess I owe him dinner or the like when we can finally catch up again.”

While the victory made it a near perfect day for the Vance family, there was one important member of the team missing from the immediate aftermath at the track.

“My daughter Maija had come down to Te Rapa to watch the horse she co-owns, Acutus, race earlier in the day,” Vance said. “She was feeling a little tired, so she left after that race and wasn’t on hand to see Royal Performer.

“I think she would have rather Acutus won but she was still thrilled for Mum and Dad with their big win.”