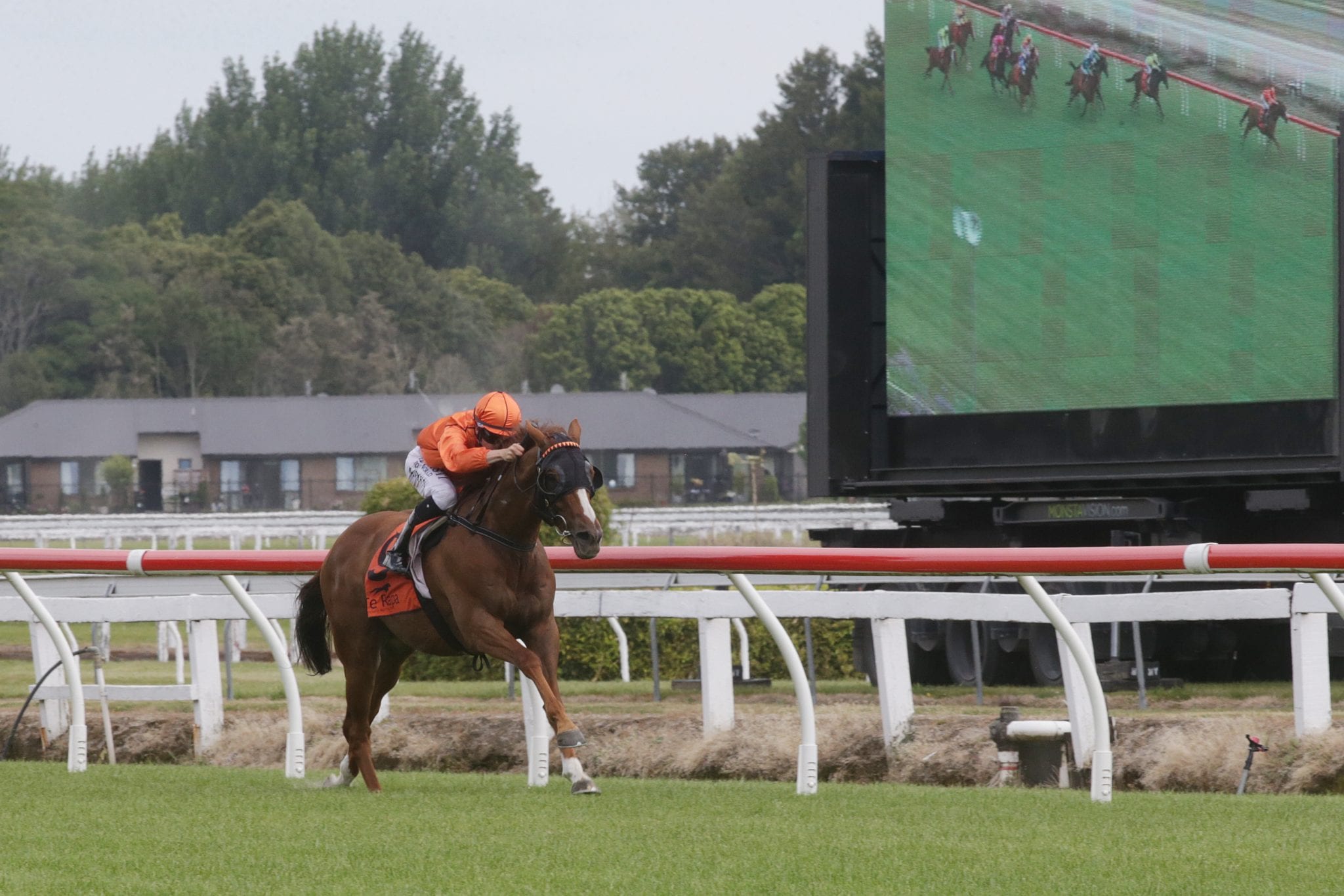 If you watched Royal Performer in track gallops you would think he’d have been better named Pauper or Court Jester. But the ex-Hong Kong galloper is a different beast on raceday, as he showed with his 5-3/4 length demolition of his open handicap opponents in the GMD Consultants Ltd Mile (1600m) at Te Rapa on Saturday, earning him a chance to take on New Zealand’s best milers.

“He shows absolutely nothing in trackwork,” said Bob Vance, who owns and trains Royal Performer along with his wife Jenny, at Ardmore. “He’s easy to train because he doesn’t over-exert himself, but it can be hard to get a line on how he is going because of how he works.”

Royal Performer began his career in England, his country of birth, where he won three of his five starts under the name Turn Tide. Sold to Hong Kong, he won two races and placed five times in 17 starts from the Caspar Fownes stable, making it as far as Class 2 company.

While there, he developed some leg problems and Fownes gave the $600,000 earner to the Vances, arriving just before the COVID-19 lockdown in March. “When they’re in a box virtually 24-7 it’s tough if they have any leg problems. Caspar thought he’d benefit from being put in a paddock, and he sent him here and the horse was gifted to us.”

Royal Performer has raced three times in New Zealand. After a warm-up run over 1200m, he was extremely unlucky in his second start, a 1600m handicap at Ellerslie on December 5, giving the stable some confidence in him for Saturday’s run at Te Rapa. Vance said Royal Performer would now be set for the Group 2 Rich Hill Mile (1600m) at Ellerslie on January 1.

Royal Performer won’t be the only horse seeking black type for the Vances on New Year’s Day as they also hope to have Its Destinys Child line up in the Group 1 Sistema Railway (1200m), a race in which she finished ninth last year. “She was a little bit unlucky in the Railway last year – she got caught wide and didn’t get much of a run and she wasn’t that far away,” Vance said. “She got a bad barrier in that race so hopefully she gets a good one this season.”

Its Destinys Child finished third to likely Railway favourite Levante in the Listed Counties Bowl (1100m) in November and is likely to run in the Newmarket Handicap at Ellerslie on December 26 as her final lead-up to the Railway.

Meanwhile, Vance said his daughter Maija, who suffered severe spinal injuries in a September 2018 race fall, was continuing to recover well. “She still only has about 65-70 per cent use of her left leg, but she’s handling it really well and is lucky she can walk,” Vance said. “She’s doing up furniture and doing a few things with horses and she’s doing well.”