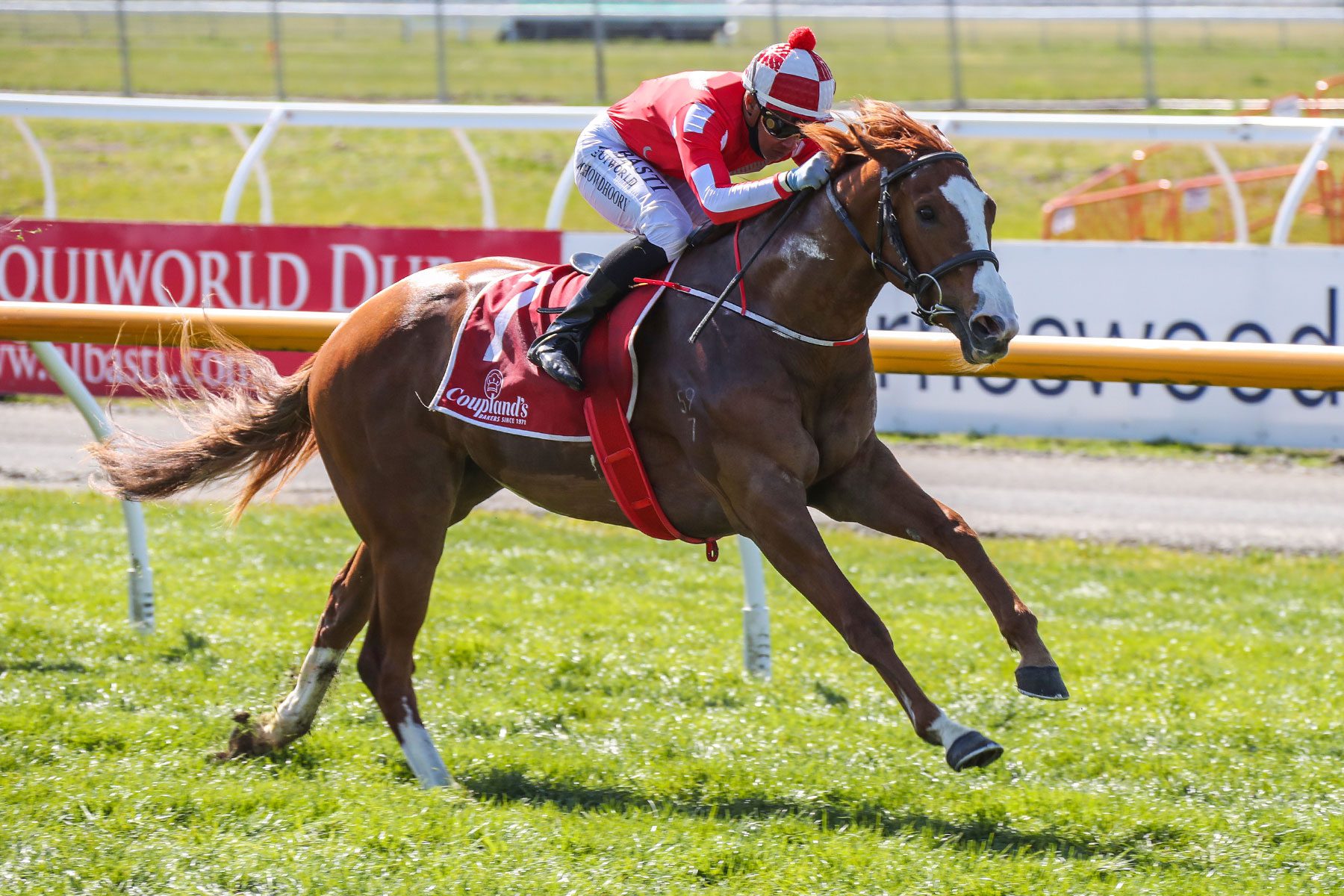 Runner-up in last year’s Group 1 New Zealand 1000 Guineas (1600m) behind Kahma Lass, Miss Tycoon Rose has been sparingly raced for a combination of reasons, as the stable hope to have the mare peaking and on a winnable weight of 56kgs this week.

“She had to have an operation on her knee to remove a chip after the 1000 Guineas, that’s why she lost the majority of her three-year-old career until we brought her in and she went up to Te Rapa for the Cambridge Breeders Stakes (Group 3, 1200m), where she had no luck at all,” Michael Pitman said.

“We didn’t trial her this time in because we don’t believe in trialling our better horses, we would rather go to the races and they find their form.

“She’s had two very bold wins this campaign and we made the decision that we wouldn’t go to the well again a couple of weeks ago in case she won again and just got a bit more weight.

“I think she gets in pretty well at the weights. Had she raced again and won the other day, she would have ended up with 57kg or 58kg. I think we’ve done the right thing.”

Top class senior rider Craig Grylls will replace apprentice Kavish Chowdhoory and the pair will jump from barrier 2, with punters supporting the winner of four of her ten starts into +230 favourite.

“There was plenty of discussion about that because Kavish has won his last four rides on her but we’ve gone for the more experienced rider and I’m sure we’ve done the right thing there too,” Pitman said.

“I think as she progresses as an older mare she will get the mile and even out to 2000m.”

The Pitmans have more than 20 runners accepted on the middle day of New Zealand Cup week, including Okay Pal, who will carry the 53kg minimum in the Group 3 Lindauer Stewards Stakes Handicap (1200m).

With the scratching of Saturday’s impressive winner Babylon Berlin, who had been a dominant -142.86 favourite, the race has opened up for a lightly-tried type like Okay Pal.

The last-start course and distance winner will be ridden by Samantha Wynne, with Pitman saying the five-year-old derived plenty of improvement from his first-up assignment when unplaced.

“We normally give him a trial before he goes the races,” Pitman said.

“This time in we didn’t give him a trial, we went straight to the races and things just didn’t work out but he showed the benefit of that run and he won well the other day.

“He’s only a five-year-old and he’s only had nine starts. He’ll be a definite chance especially if there’s plenty of pace on.

“He galloped on the course proper this morning and Sam Wynne feels he has improved from his win the other day, which he will need to, but I think he’ll be very competitive.”

Pitman, who is a staunch fan of New Zealand Cup week, said the middle day of the carnival is a tough day for the family, as it marks eight years since the passing of his son Jonny.

“It is a Yin and Yang week. It is the best week of my life really. I look forward to Cup week every year and have done since I was a five or six year-old. I just love this week,” he said.