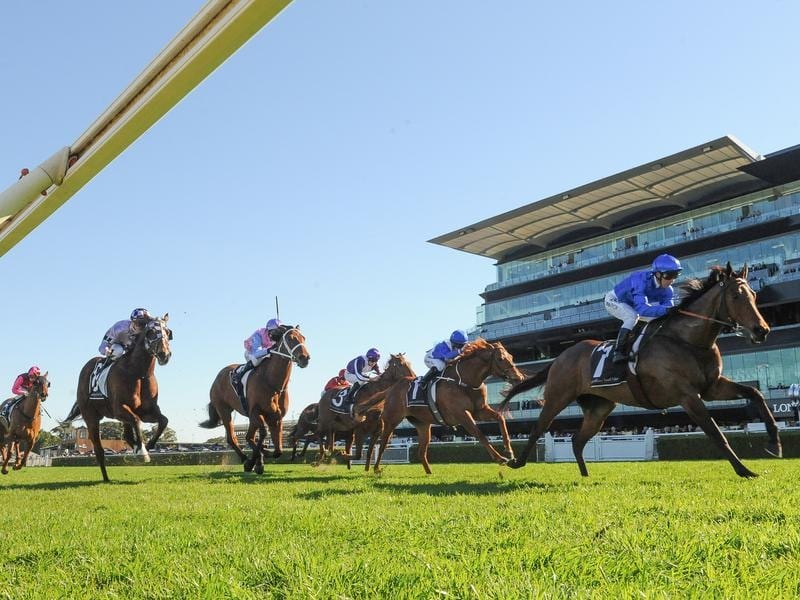 Trainer James Cummings is non-committal about where Roheryn will go in the spring with the four-year-old re-establishing his place in the Godolphin stable as a gelding.

The winner of his first two starts, Roheryn was controversially beaten last November as odds-on favourite.

He was given a long break and gelded in the meantime, making his reappearance in Saturday’s Jockeys Celebration Day Handicap (1200m) at Randwick.

“He was getting too heavy and he was immature so we decided to geld him,” Cummings said.

“We have no grand plans.

“I think he has a lot of improvement in him but one race at a time.

“Our horses seem to be in the gun from the handicapper lately so it would be nice if he did not get penalised and then I can keep bringing him through his grades.

“He is the most relaxed he has been and the improving track helped him.”

“It was a nice race for him today,” McEvoy said.

“He was half-cocked there turning in and I just let him cruise to the line.

“He is only going to improve. It will be interesting to see where he gets to in the spring,.”

After starting the day in the heavy range, the track was up to soft by the middle of the meeting.