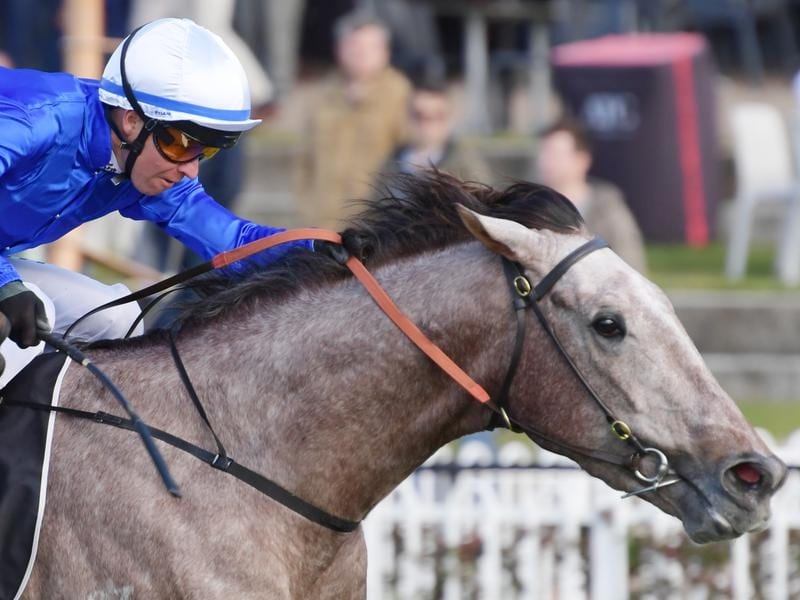 Well-bred but slow maturing three-year-old Subedar has translated his winning provincial form to Rosehill with a strong victory over 1400 metres.

Subedar is by four-time Group One winner Sepoy out of Virage de Fortune who fetched a then-record $3.4 million in 2007 for a horse sold at public auction in Australia when sold as a broodmare.

Despite his breeding, Godolphin bit the bullet and gelded Subedar before his winning debut at Kembla Grange on July 25.

Trainer James Cummings predicted better things in store for Subedar who started at $8 in Saturday’s benchmark 70 race for three and four-year-olds, powering home to beat Wimlah ($5.50) by a long head with Danawi ($6.50) another 2-1/2 lengths third.

“He could step up to a race like the Up and Coming Stakes now,” Cummings said.

“He’s a horse that did a bit wrong but gelding him has really switched him on,” he said.

“He can still improve and I think he can get further in distance.”

McEvoy made it a race-to-race double when the promising Haut Brion Her extended her winter winning sequence to three in the Campbelltown Catholic Club Handicap (1200m).

Trained by Chris Waller, Haut Brion Her ($1.65 fav) had too much in hand to hold off the challenge of Connemara ($5) by a length.

“She puts herself into the right spot and controls the race and has a nice change of gears when you ask her.”

Waller said black-type racing this spring might come too soon for Haut Brion Her but she had the potential for better races.

“The beauty of Sydney racing is being able to take her through her grades,” he said.

“There might be something for her late in the spring.”