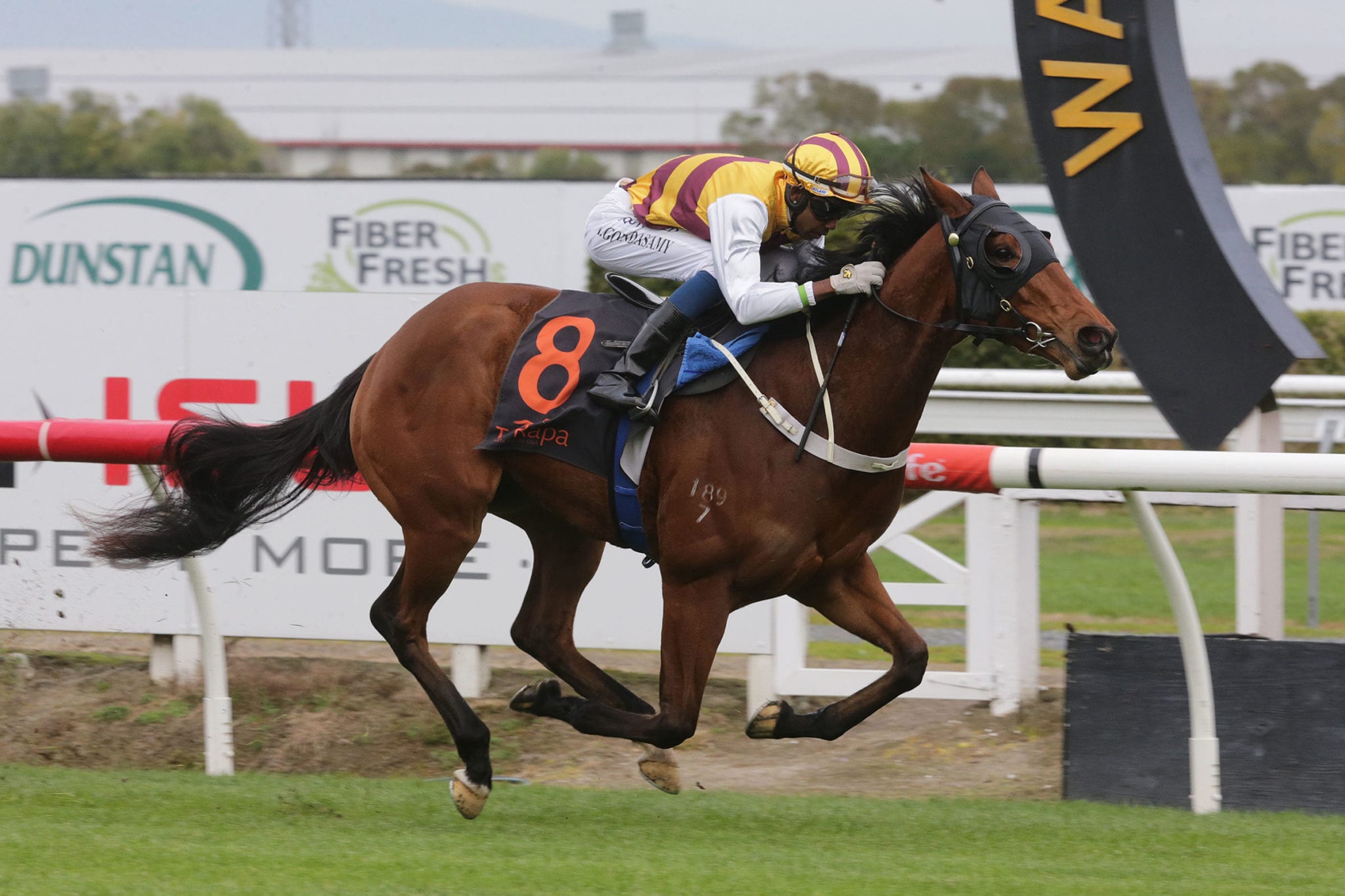 Team Rogerson started a big day at Te Rapa on Saturday in fine style with a victory by promising two-year-old filly De La Terre. The Tuhikaramea-based operation had a huge team lining up for the return to thoroughbred racing in the Waikato and were celebrating after the first event on the 12-race card with a gritty performance by De La Terre.

Replacement rider Ashvin Goindasamy, who took the mount when Ryan Elliot couldn’t make the filly’s 56.5kg carded weight, bounced the daughter of Reliable Man to the front from an inside barrier before settling outside a solid speed set up by Lady Woburn. A nice piece of competitive riding saw Goindasamy keep one of his main rivals in Flash Warrior in a pocket on the fence shortly after turning for home as he asked De La Terre to lengthen stride. That proved crucial in the concluding stages as De La Terre burst clear before holding out the late run of Flash Warrior to score comfortably in the 1000m dash.

A runner-up to exciting colt Cool Aza Beel on debut at Wanganui in September last year, De La Terre has now won two of her six raceday starts with co-trainer Graeme Rogerson predicting bigger things to come for his charge. “She’s a good filly who hasn’t had a lot of luck in her racing so far,” Rogerson said. “Her last run was in the Karaka Million at Ellerslie and she should’ve finished closer than seventh as she didn’t get the best of runs. “She had worked up well and we thought she would handle the track okay so we were confident of a good run. “She has plenty ahead of her now and her long-term goal is the 1000 Guineas (Group 1, 1600m) at Riccarton in November.”

De La Terre is the younger sister to another Team Rogerson stable runner in Aalaalune who was stakes placed on three occasions as a two-year-old, including a runner-up finish in the Group 1 Sistema Stakes (1200m) when trained by Jacob McKay. Purchased by Rogerson for $55,000 from the Westbury Stud Book 1 draft at the 2019 National Yearling Sale, De La Terre races in the colours of part-owner Lou Te Keeti who also owns Aalaalune with partner Val Gates.