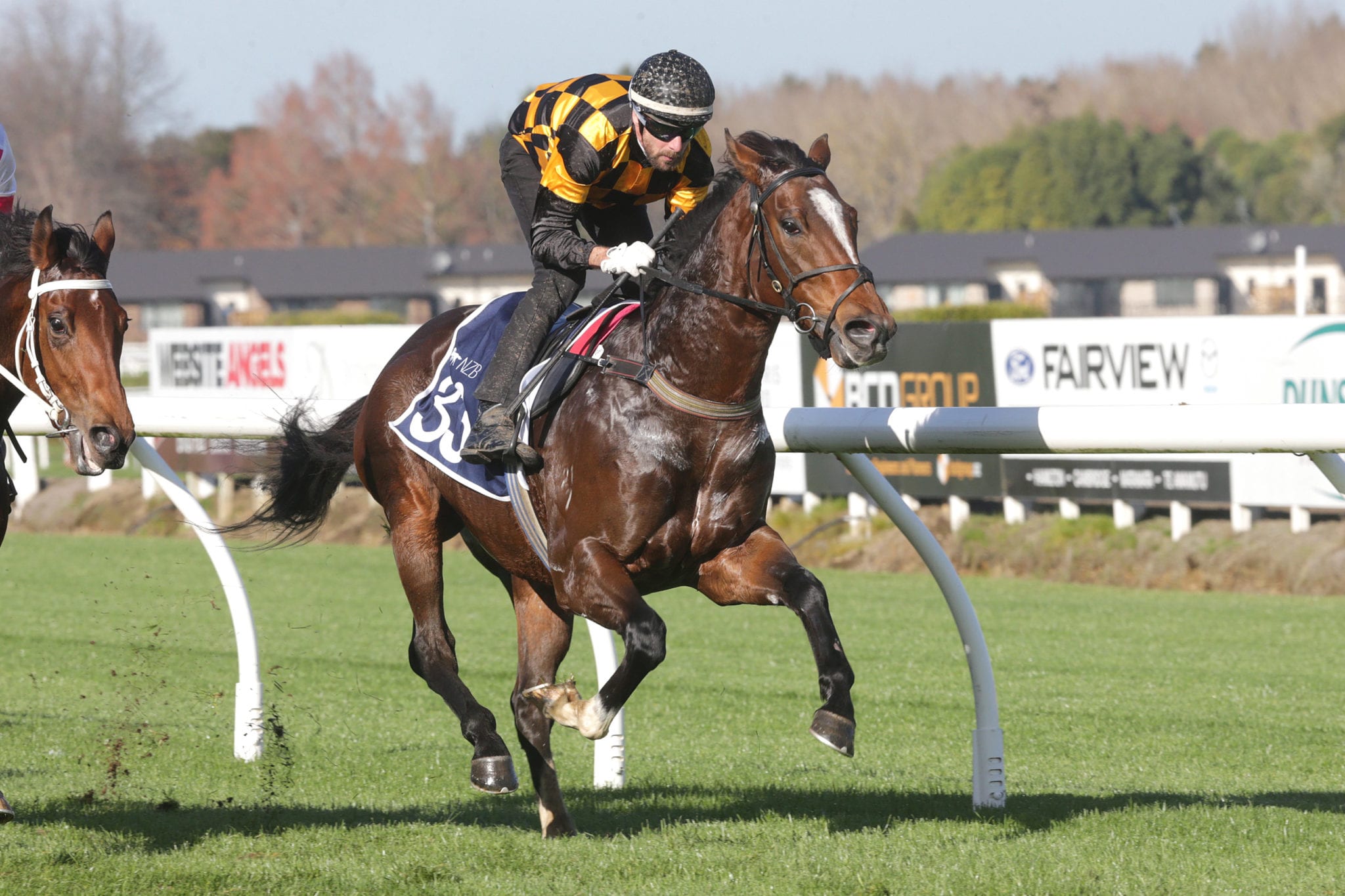 Team Rogerson were out in force at the Te Rapa trials on Tuesday with 48 representatives and a number of their runners have the Hamilton trio excited heading into the new season. The training partnership of Graeme Rogerson, his wife Debbie, and granddaughter Bailey, were able to keep a few of their team in work at their Tuhikaramea private training property over the COVID-19 enforced lockdown period, which was reflected by their large contingent on Tuesday. “We were one of the lucky ones, we kept quite a few going,” Graeme Rogerson said. “Quite a lot of them trialled on Tuesday. They are pretty fit and the jumpers are ready.”

Transporting nearly 50 horses is a massive undertaking, but Graeme Rogerson said his team has become accustomed to it and Tuesday’s movements ran like a well-oiled machine. “It was a great team effort,” he said. “Michelle Northcott, my son’s partner, was in charge of all the transport and it all went smoothly, we’re used to it.”

While Rogerson was pleased with the majority of his team’s first hit-out, a trio of rising three-year-olds have him particularly excited heading into the new season. Tavirock carried the yellow and black silks of part-owners Brendan and Jo Lindsay to an easy three-quarter length victory in his 850m heat and Rogerson is eyeing some lofty targets in the spring for the son of Tavistock. “I think he has the makings of a really good horse,” he said. “His aim is the 2000 Guineas (Group 1, 1600m). “It would be great for the owners, Brendan and Jo Lindsay, Ben Kwok from Hong Kong, Craig Leishman, and myself.”

Being a half-brother to Rogerson’s former Group 2 winner Gift Of Power, he was immediately attracted to his pedigree page at last year’s National Yearling Sales and went to $400,000 to secure him out of Cambridge Stud’s Book 1 draft. “He’s a half-brother to Gift Of Power and he has a beautiful pedigree. He is just a lovely horse,” Rogerson said.

Another juvenile triallist that could have a big spring instore is Brazier, with the Iffraaj gelding touted for a trip across the Tasman this spring. “We gelded him and he has come back in and he trialled very well,” Rogerson said. “I think he has got the makings of a Classic horse. He may go to the VRC Derby (Group 1, 2500m).

De La Terre also has Team Rogerson anticipating spring racing after finishing runner-up in her 850m trial on Tuesday. The daughter of Reliable Man has had five starts to date as a juvenile and Rogerson said she has been luckless in each of those runs. “She had no luck as a two-year-old,” he said. “She was very unlucky in the Karaka Million (1200m). “Hopefully she is a 1000 Guineas (Group 1, 1600m) filly and she will race at a two-year-old race at either Te Rapa or Counties. She is ready to go.”

Rogerson was also particularly impressed with Group 1 performer Aalaalune’s 1-1/2 length win in her 1000m heat. The year older sister to De La Terre failed to fire in the latter part of last preparation, but Rogerson has been pleased with Aalaalune’s progress this time in and is hoping she can bag an elite-level victory this spring. “She has come back really good and Debbie is really happy with her,” Rogerson said.

“Her work had been good leading up to Tuesday, she is a different horse now. “Hopefully she wins a Group 1. She has been placed in Group 1s and I think she is a pretty good horse. “Debbie and I will have a talk with Lou and Val (Te Keeti, owners) and discuss where we head with her, but at this stage she is running at Te Rapa on July 4.”

Despite the economic uncertainties imposed on the world as a result of the COVID-19 pandemic, Rogerson is taking a positive outlook on the future of racing and welcomed the Government’s $72 million assistance package last month. “I think the industry is really going to take off,” Rogerson said. “I think Winston (Peters, Racing Minister) has been a great help. “I think under the circumstances they (the government) have done well. I am looking forward to spring racing. If we can do our bit I will be happy.”