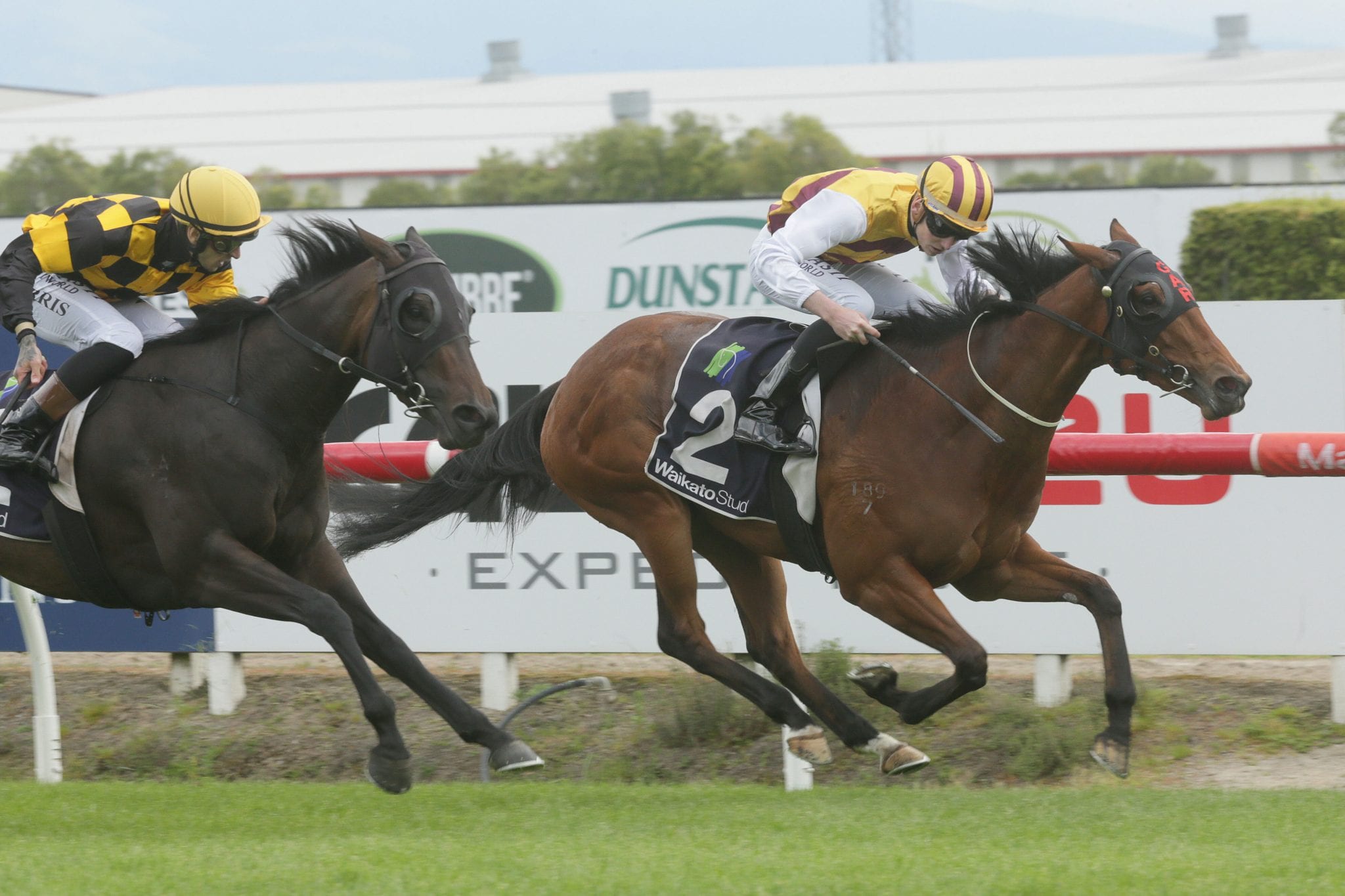 A love affair with the Te Rapa track continued on Saturday when course specialist De La Terre took out the Group 3 Waikato Stud Soliloquy Stakes (1400m). The Team Rogerson-trained three-year-old had won three of her four starts at the venue leading into the race and added a fourth victory with a gritty front-running performance and an inch perfect ride by jockey Ryan Elliot.

Elliot took no prisoners from barrier rise as he sent the Reliable Man filly straight to the lead and kept up a strong gallop throughout. De La Terre snuck two lengths clear halfway down the Te Rapa straight and despite tiring in the final 100m had enough in reserve to hold out the challenge of Kahma Lass by a nose with Tokorangi making up good ground from well back to finish third.

Co-trainer Graeme Rogerson was thrilled with the victory as he looks ahead to tackling the Group 1 Barneswood Farm New Zealand 1000 Guineas (1600m) on November 14 with his charge. “That was a super effort as we had to back off her a bit after she ran on the second day at Hastings,” he said.

“She jarred up a little bit so we gave her a short break. We had to run her last week to get her fitness back up as we’re heading to the 1000 Guineas at Riccarton. “She should get down there now at one hundred percent. She’s a real tough filly and I don’t have any doubts that she will get the mile. “It was a good effort and also by Ryan as it’s taken him some time to come back after the lockdown and then breaking his collarbone. “He’s taken off 4.5kgs in the last ten days to get down to the weight today.”

Rogerson has now won the race on four occasions including in 2005 with Al Akbar filly Vegas Showgirl, who won seven races before retiring to the broodmare paddock where a mating with Street Cry produced superstar galloper Winx.

The younger sister of Group 1 placed mare Aalaalune, De La Terre has now won four of her 11 career starts and over $100,000 in prizemoney for her ownership group that includes Lotto millionaire Lou Te Keeti.

Rogerson outlaid $55,000 to purchase the filly from the Westbury Stud draft at the 2019 Book 1 Yearling Sale at Karaka.

TAB Bookmakers immediately tightened De La Terre into an $18 quote for the 1000 Guineas with both Kahma Lass and Tokorangi also shortening to $10 and $8 respectively behind Matamata filly Tinker McPhee who heads the Fixed Odds betting market at $2.60.