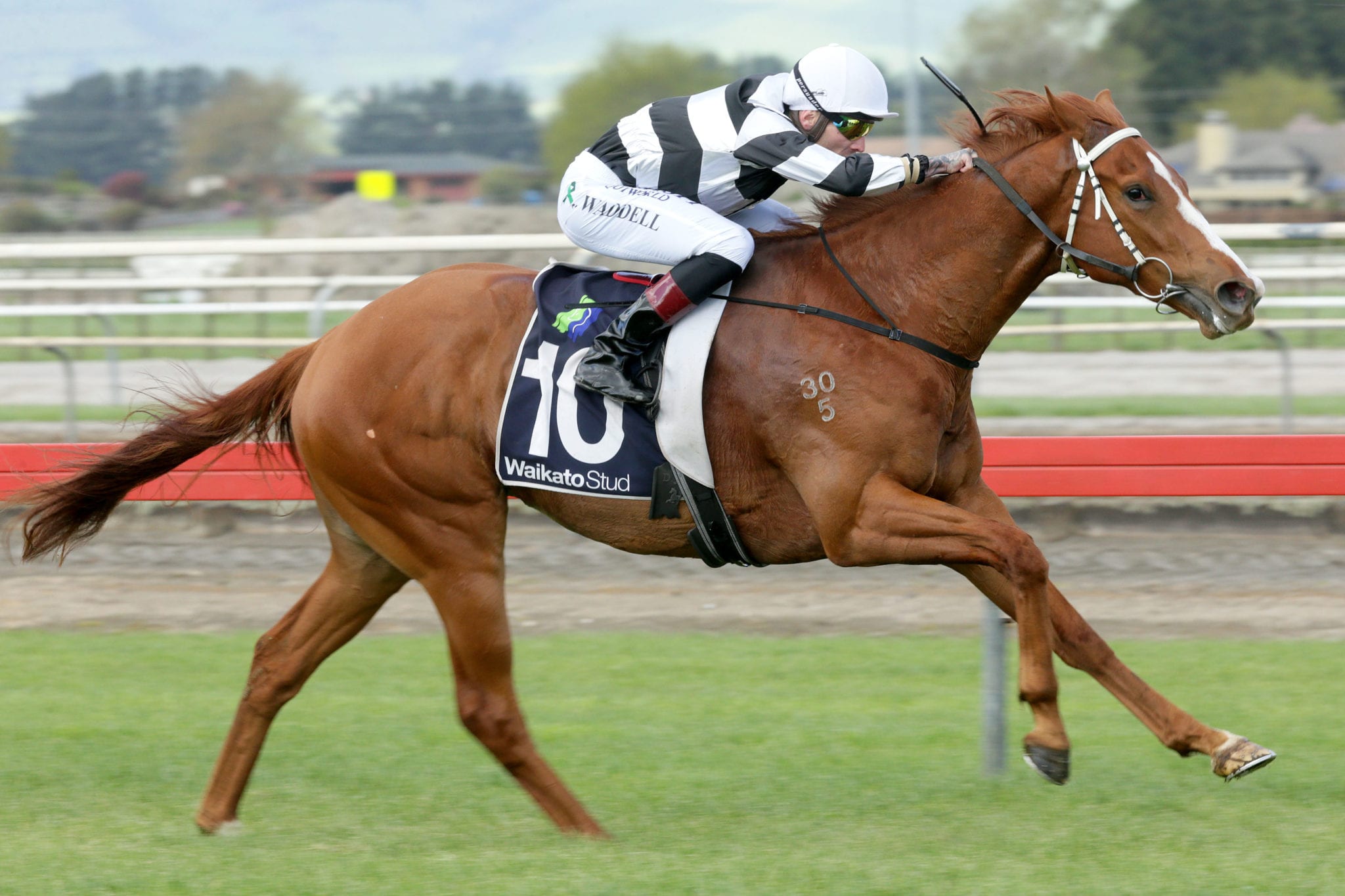 Cambridge trainer Frank Ritchie is looking to plunder the rich spoils on offer at Ellerslie on New Year’s Day with a pair of stable runners. Impressive last start winner Kya Khoob Lagti Ho will contest the Dunstan Feeds Stayers Championship (2400m), while Dawn Patrol will be vying for Group 1 glory in the Sistema Railway (1200m).

Kya Khoob Lagti Ho will take a strong formline into the race, having won three of her seven career starts, including a last start victory over 2400m at Te Rapa on Saturday, and has finished runner-up on two other occasions.

The daughter of Pierro was purchased out of Kiltannon Stables’ 2017 New Zealand Bloodstock Ready to Run Sale of 2YOs for $210,000 by owner Narenda Balia and Ritchie is pleased she is starting to earn back her hefty price tag. “Her owner paid a fair bit of money for her at the Ready To Run Sale and now, thankfully, she is starting to pay him back,” Ritchie said. “She’s been targeting the Dunstan final, and she is now qualified. That will be her next start. She doesn’t need a lot of work, she’s got a great ability to recover. “We will just tick her along until then and we will see what happens from there.”

While Ritchie believes Kya Khoob Lagti Ho has a big future in the staying ranks, he is resisting the temptation to target Cups races this preparation. “She is a four-year-old, but she has only had the seven starts. I wouldn’t be keen to ask her too much this season,” he said.

Ritchie is also hoping Dawn Patrol can secure his first win at elite level at the meeting. The four-year-old gelding has come close before, finishing runner-up in the Group 1 New Zealand 2000 Guineas (1600m) last year. Ritchie thinks the son of Dawn Approach is a serious contender to take out the contest, but said he needs to relax better in his races. “His secret weapon is his ability to sprint, even off a good speed, provided that he relaxes. He will only do that off good pace in front. “In the Railway, you would expect it to be run at high speed throughout the race with the type of horses you get in that race, and that will certainly be in his favour.”

Dawn Patrol will head to Ellerslie on Thursday for one final hit-out before his Group 1 assignment and Ritchie said that should set him up nicely for the race. “There are a few horses going to Ellerslie for a gallop on Thursday morning and we will take him along for an outing and a workout around there. That will bring him on quite a bit. “We are very happy with the way he is right now. We have a chiropractor seeing him and he seems to be a happy horse.”

Everything going to plan, Dawn Patrol will head to Trentham later next month to contest the Group 1 JR & N Berkett Telegaph (1200m), a race Ritchie believes is ideally suited to his charge. “I feel the Telegraph would suit him better because it’s a fast race and they can come off the speed there,” he said. “I think he is a tad better left-handed as well. He will need to go well in the Railway to justify going to Wellington.”