Fired up Dawn Patrol gets the job done at Ellerslie 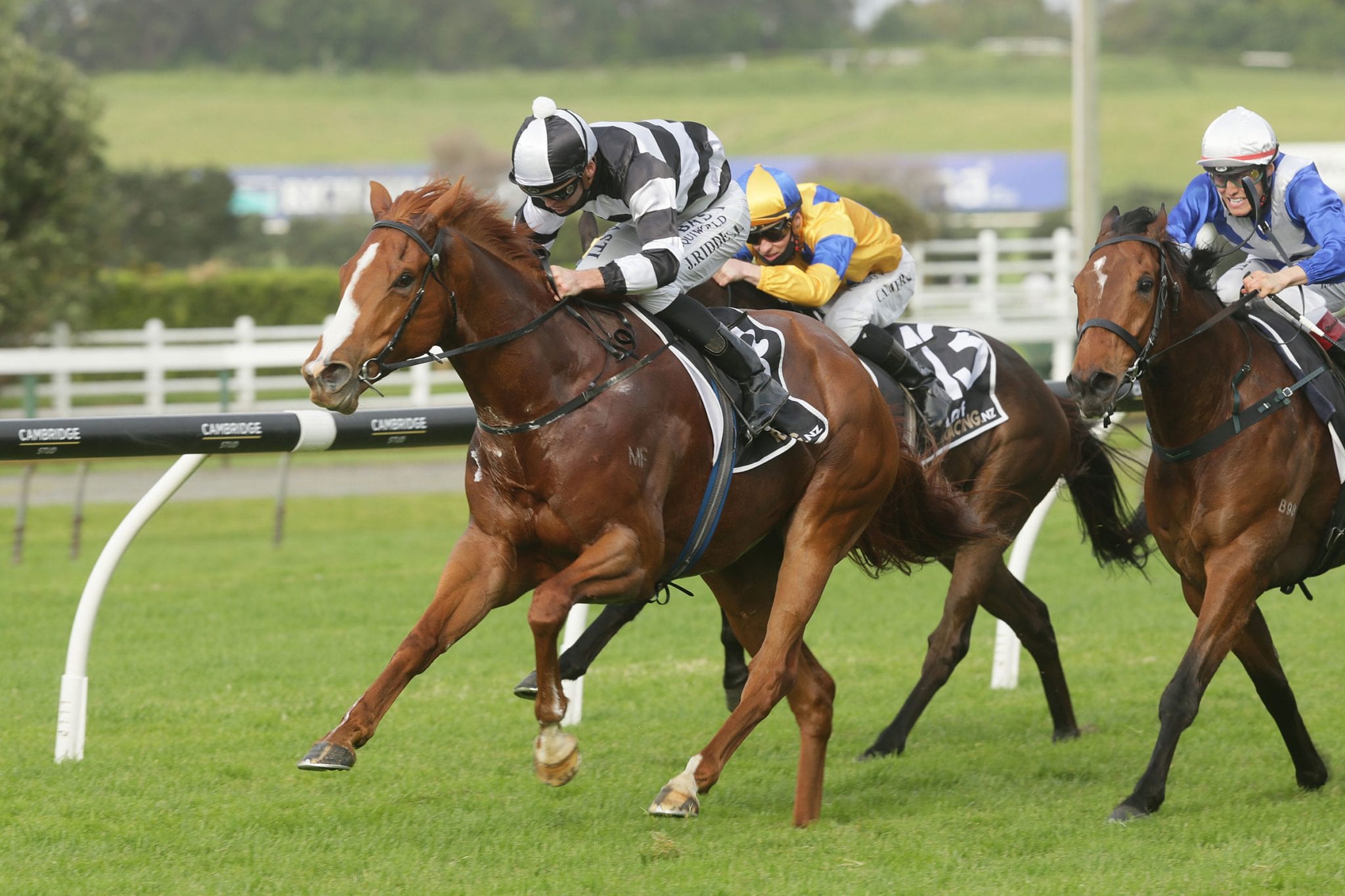 A pipe opener over 500m on Friday worked the oracle for classy sprinter Dawn Patrol as he downed a quality field over 1400m at Ellerslie on Saturday. The five-year-old Dawn Approach gelding was having his second start in a new campaign after finishing well back in the Group 2 Foxbridge Plate (1200m) first up at Te Rapa.

Trainer Frank Ritchie was keen to get plenty of work into his charge after he faded out badly in his first run, to the point where he gave him an extra assignment twenty-four hours before Saturday’s contest. “He’s a big, gross horse who blew like hell after his first run,” Ritchie said.

“I gave him a gallop on Wednesday and he blew after that as well so I gave him another sprint over 500m on Friday. “It’s not something I do that often but it allowed him to open his pipes and get that extra fitness edge. “The only problem is that it makes him sweat up and he was in a bit of a lather today. “The good thing is today’s race will bring him on further so I don’t think I’ll need to do that again.”

Although he finished runner-up to Madison County in the Group 1 New Zealand 2000 Guineas (1600m) as a three-year-old, Ritchie is keen to keep Dawn Patrol to the sprint distances in this campaign with an eye to the Group 1 Sistema Railway (1200m) at Ellerslie on New Year’s Day. “I wanted to see what happened today before I look any further down the track,” he said. “I was thinking about going to New Plymouth instead of Ellerslie but the heavy track put me off as he wasn’t seasoned enough for that.

“I’ve got a few ideas for him but I’ll wait to see what the handicapper does before I look to finalise anything. “Races like the Railway, where he ran fourth last year, will be on his radar along with a couple of the lead-up events. “He’s actually from a family of stayers but he goes so well over the sprint distances that we’ll keep him to that at this stage.”

Raced by former Auckland Racing Club director Rex Jensen, Dawn Patrol was purchased by Jensen for $20,000 out of the Monovale Farm draft at the 2017 Select Yearling Sale at Karaka. He has now won five of his 15 starts and just over $234,000 in prizemoney.