Retirement not on the agenda for active Ritchie 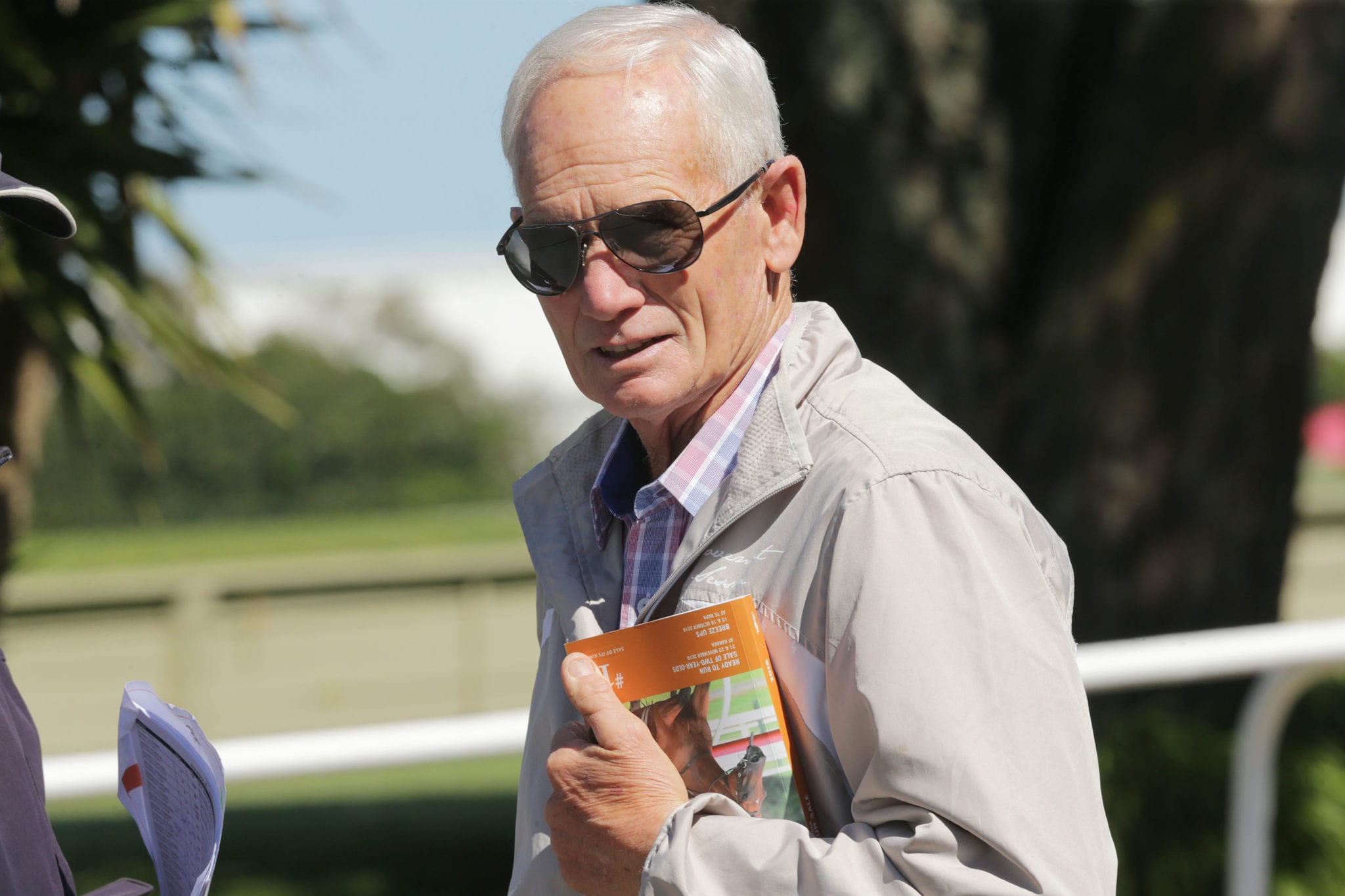 One of racing’s senior statesman, Frank Ritchie is looking forward to welcoming back a couple of his better quality gallopers in the coming weeks as the Cambridge trainer prepares for spring racing.

The Covid-19 enforced lockdown provided the 75-year-old with a glimpse of retirement and the respected horseman said in the main it didn’t agree with him, but there were some new habits forged. “One was to bring my wife Colleen a cup of tea in bed at 7am every day,” Ritchie said. “So when it opened up again, she said I had to come back from the stables at 7am to continue the trend.

“On a personal level, I had aches and pains everywhere because I like to get around at the stables and I do a lot of walking around the place. That month I really dried-up so it took a little while to get the body back into shape but we’re getting there now. “My wife tried to get me to retire the last few years and now, except for the cup of tea in the morning, she doesn’t really want me to, so there have been some benefits to Covid-19.”

Ritchie has a dozen horses in work at present with 26 on the books and will welcome back Group Three winner and Group 1 placed Dawn Patrol and multiple Group 3 winner Fiscal Fantasy, who went within a neck of winning the Group 1 Zabeel Classic (2000m) when pipped by True Enough last Boxing Day. “I will be bringing in half a dozen in June including the better ones like Fiscal Fantasy and Dawn Patrol,” Ritchie said.

“Dawn Patrol is a bit of a lad, so we sent him to do some equestrian work like Chris Waller did with Verry Elleegant. It is an old idea. They tell me he is going along well but we will see. He is a big gross horse so it will be doing him good until we are ready to bring him in and do something.”

Ritchie said the Group 2 Foxbridge Plate (1200m) at Te Rapa was a likely early target for Dawn Patrol, while landing a Group 1 with Fiscal Fantasy was a priority as he looks to enhance the bonny mare’s residual value. “She is only a little thing but she is 100 percent focussed on the job,” Ritchie said. “The jockeys who ride her love her, she will try and push aside a horse three times her size. She is the same at home, brilliant to work with and 100 percent genuine. “We would like to get a Group 1 with her obviously. We won’t breed from her ourselves because we aren’t breeders so she will go through the ring eventually. A proper Group 1 win under her would help her along.”

Targets through the Hawke’s Bay spring carnival will be considered for Fiscal Fantasy, including the Group 1 Livamol Classic (2040m), where Ritchie is hopeful last year’s winner Melody Belle will be campaigning across the Tasman. Despite the Covid-19 shake-up, Ritchie said his ownership base had been less-affected than others and he hasn’t lost horses or clients. “Most of my clients are of my generation, so we have our own geriatrics corner at the races,” Ritchie quipped. “They have been with me a long time and they are enjoying it. There are a few that are relatively new but not many, most have been with me for a very long time.”

Ritchie also has a handful of younger horses for Hong Kong clients and admitted the lockdown has held up the usual progress of horses earmarked to go offshore. “I have bought three for clients for Hong Kong this year, they have to wait which they don’t like. They are going to race one here and let it prove itself here and get enough points to be a PP (Private Purchase horse – Rating 68) in Hong Kong,” Ritchie said. “The other two they will take if they trial sufficiently. They are really good blokes and I would like to get them a good horse.”

Ritchie said he felt for some of his younger training counterparts as owners contemplated relocating horses off-shore, but in general the mood at the Cambridge track was positive. “There is doom and gloom for some that they have lost some owners, some they have had for many years. I understand that and it is hard, and I also understand the owners perspective, although I am sure some are in for a shock when they find out the cost of having a horse trained in Australia. “Considering the circumstances, I think people are pretty buoyant and the number of horses around seems pretty good.”