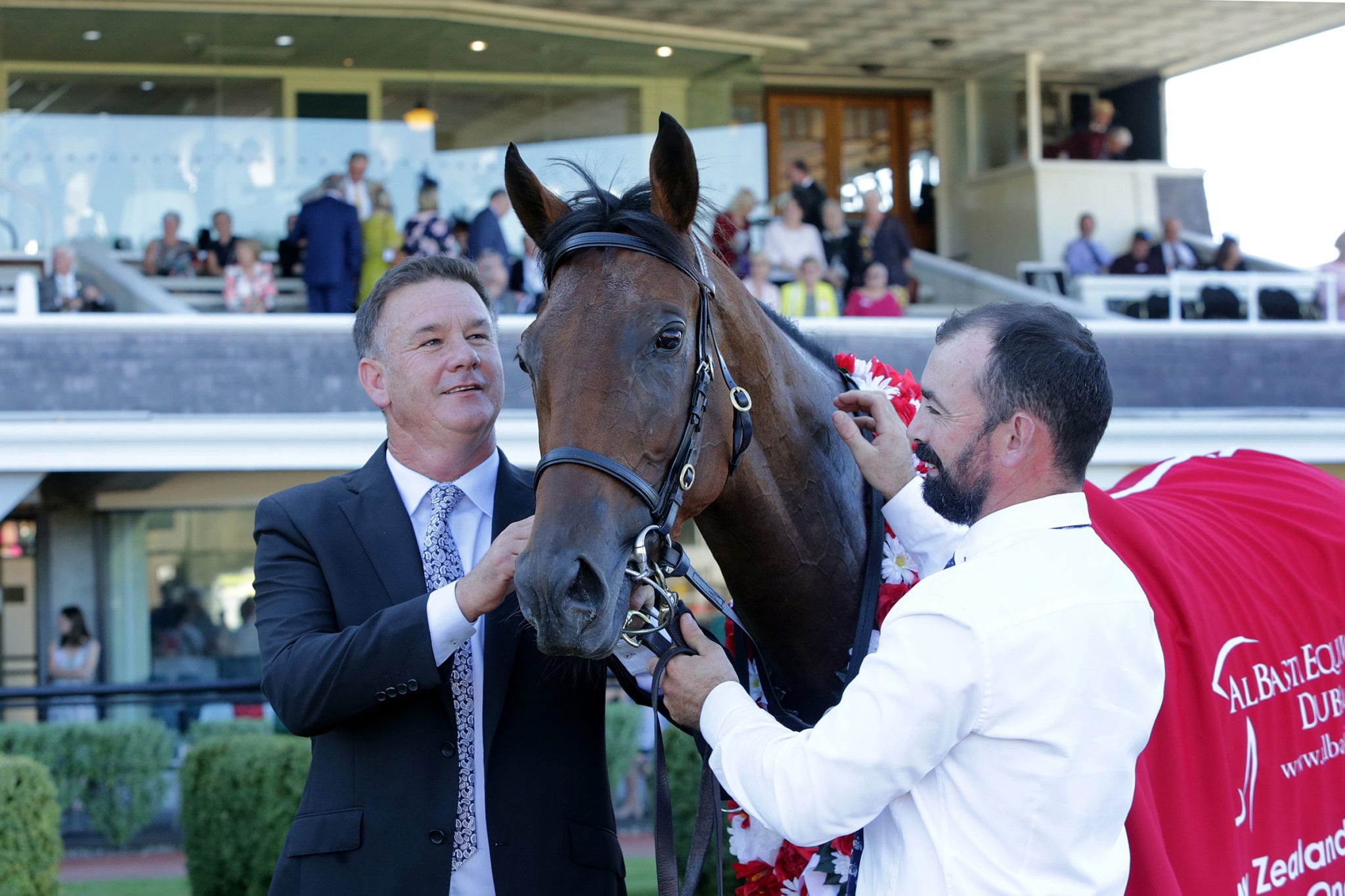 Cambridge trainer Shaune Ritchie is likely to have runners before the end of the season but his stable has yet to be represented at any of the four northern trials meetings since the COVID-19 hiatus. “I think we will have runners this season,” Ritchie said. “I just couldn’t get them ready in that amount of time to be honest. “I know some people have treadmills or their own home tracks and those are probably the people racing. From our perspective, we give them a month before we give them three-quarter pace.

“We will have six to eight trial at Te Aroha next week, regardless of track conditions. If it is not too bad then we will have another dozen added to that, so potentially 20 going around. “We love the big track there, it suits us a bit better than Rotorua.”

Ritchie is soon to be joined in training partnership by Colm Murray, a talented horseman who has been with the stable for more than two years and whose name will be in the formguide from August 1. “I think a lot of the bigger trainers are going to get training partners,” Ritchie said. “It is cruel losing some of our better horses to Australia and you can understand why the owners want to take them over there for what is significantly better prizemoney. “But if I have a man on the base back here, such as the quality of Colm then it gives me the access and ability to go to Australia and campaign the right horses. “Having a training partner back at home will be nice to cover that base and be able to travel to the carnivals as well.”

Ritchie has several options when it comes to working with the current COVID-19 restrictions as he looks ahead to Melbourne in the spring, but he is also mindful that things are changing on a daily basis. “We have one Australian citizen amongst the team and the other option is to employ someone over there,” he said. “I also have the other advantage of having my brother over there, so we have a few fingers in pies.”

The affable horseman said recent positive prizemoney announcements in New Zealand could also see horses commence their preparations on this side of the Tasman. “For a horse like The Good Fight, he will have a couple of runs here to prepare, it’s not much point him going over until he gets up to 2000m anyway,” Ritchie said. “A filly like Jennifer Eccles, we have been talking to Adrian Clark (syndicator and manager) about the best way to go with her. If we can get ourselves a staff over there great. If we can’t the horse can perhaps go for a hit and run.”

Ritchie has been speaking with fellow trainers Murray Baker, Roger James, Tony Pike and Jamie Richards to see how the Kiwis could work together given the challenging circumstances. “Imagine being Murray Baker and he has a couple ready and qualified for the Melbourne Cup (Group 1, 3200m) and they go over and have to transfer to another trainer that gets them when they are already made. It would be cruel, they are career-defining races,” Ritchie said.

“If Jennifer Eccles goes over and wins a Group 1 and you can’t go over there because of the virus it isn’t going to be very pleasant watching from over here as they go around in someone else’s name. “These days with facetime, and if the horses stick on the same feeds we can still train them in that manner but there is a rule over there that you have to see your horse every 30 days or get written permission but you would think in these times that would be waived by the integrity unit.”

Ritchie is pleased with the way his Group 1 New Zealand Oaks (2400m) winning filly Jennifer Eccles has returned. “She will go to Ruakaka with about eight to 10 other horses for two-weeks and have a trial up there in August,” he said. “The timing of that trial will be great for Jennifer Eccles because she will then come back to Cambridge and perhaps have an exhibition gallop before she goes to Melbourne or possibly Hastings first.”

Ritchie said having a team of horses able to travel to Melbourne made the exercise more cost-effective for New Zealand owners, with the training fees of Kiwi trainers considerably cheaper than their Australian counterparts. “The Australian metropolitan trainers do charge Town Hall training fees and unless you have a top-liner it is not all champagne and roses. “Swiss Watch will go to Melbourne, as will The Good Fight who has come up exceptionally in my opinion, he has finally developed into a horse. He will be quite well-placed if the Europeans don’t invade. We will also have a horse like Rum, who is only lightly tried.

Ritchie was thankful to Racing Minister Winston Peters following the Racing Industry Transition Agency (RITA) announcement late last week that the three racing codes would be funded to $139.6 million, which is the same level as was budgeted for the 2019/2020 season before the impacts of COVID-19. “I think the key is that everyone wants to move forward and the fact we haven’t taken a step back was a sigh of relief,” Ritchie said.

“No matter what you think of Winston politically, the fact is that he has bailed us out and I’m surprised a few racing people are still having a crack at him when the fact is he saved us. He has managed to pull a rabbit out of a hat, that’s for sure.”