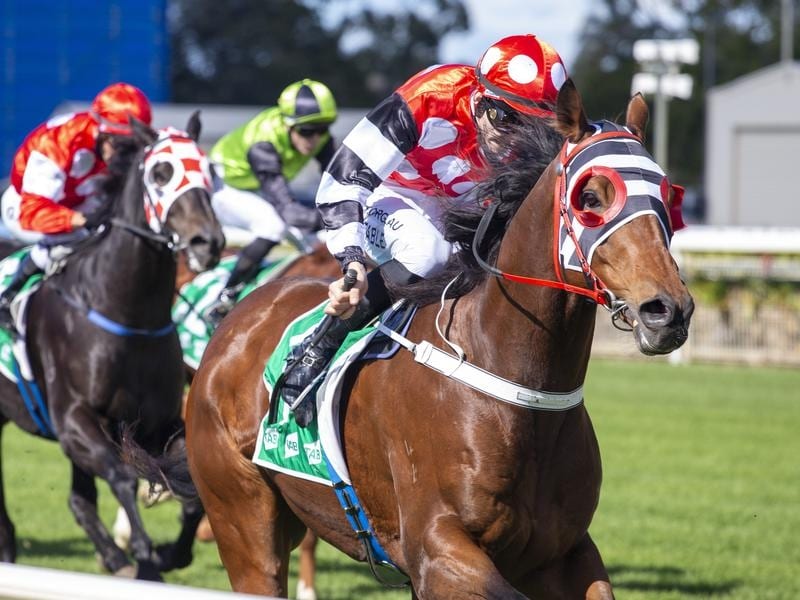 Lindsay Gough produced one of the training performances of the year to get Right Or Wrong to win his first race in more than four years at Doomben.

Gough rated Right Or Wrong a genuine Group One horse but a series of injuries have had the horse almost continually on the sidelines.

Right Or Wrong ($9) stormed home from last to win the TAB Handicap which was his first in since scoring at Doomben on February 13, 2016.

Gough said it had taken a lot of hard work to get Right Or Wrong back in the winners’ stall.

“He has injured his near front tendon three times over the years. We sent him to Victoria at one stage to try to overcome it,” Gough said,.

“Right Or Wrong then had a stint in Sydney before injuring it again two years ago.

“Finally after a good rest we got him back and it has been trips almost daily to the beach to get him ready for another win.

“He made up some ground first-up for 18 months at the Gold Coast. We knew he was a lot fitter today.”