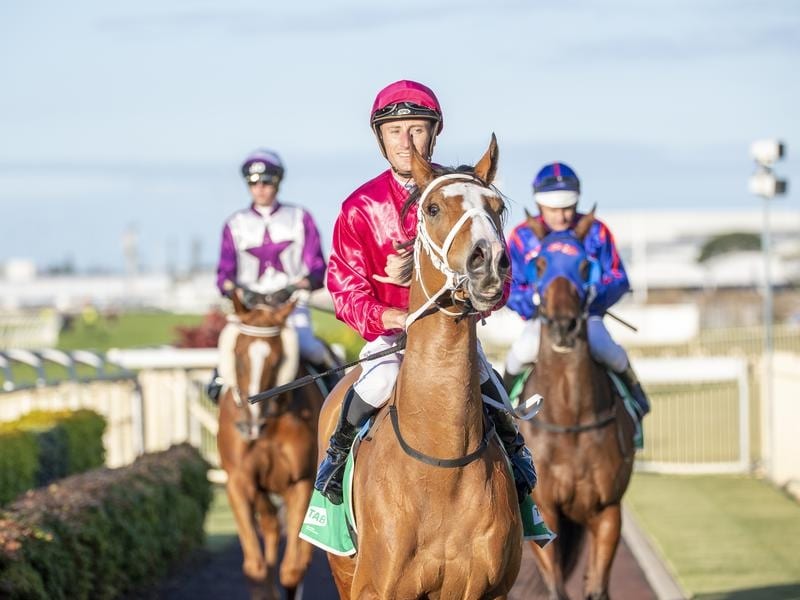 In-form jockey Luke Dittman’s new association with the Chris Waller stable has proved the catalyst for his ride on Right Or Wrong for trainer Lindsay Gough in XXXX Dry Open Handicap (1400m) on Saturday.

Dittman has been mostly riding at the Gold Coast but in recent months has been one of the jockeys utilised by Waller in Brisbane.

They combined to win the Group Three Premier’s Cup and Group Three Sapphire Stakes at Doomben in late June.

Waller’s Queensland manager Paul Shailer said all three were in with good chances.

“Mangione has been most consistent since coming up from Sydney,” he said.

“We’ve had to scratch Starla from tougher races recently because of wet tracks and Lord Gogodin should find this easier than his recent runs in Sydney.”

When Gough discovered Dittman was coming to Brisbane he was quick to book him for Right Or Wrong.

“We scratched Right Or Wrong last Saturday when the rain came and it looks the right decision,” he said.

“It looks a nice race for him on Saturday.”

Gough has done a wonderful job with Right Or Wrong who has been dogged by tendon problems during his career.

Right Or Wrong has had stints in Victoria and Sydney but all of his six wins have been with Gough, whose recent run of success includes Dr Why Not at Doomben on Wednesday.