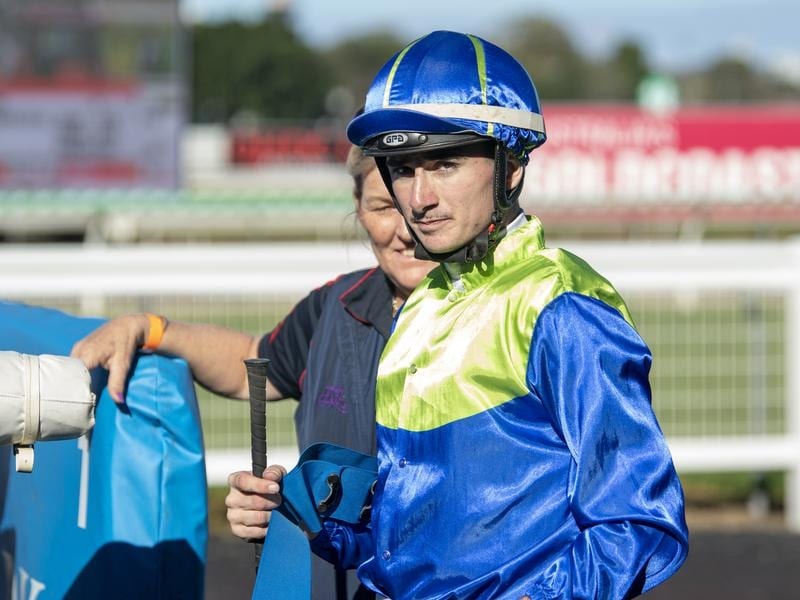 Trainer Les Ross has provided apprentice Sheriden Tomlinson with a golden opportunity to land his first city winner at Doomben.

Tomlinson, 21, joined Ross’s Eagle Farm stables during his final year of high school has been entrusted with the ride on talented filly Mishani Miss for his boss in the TAB Long May We Play QTIS Handicap (1050m).

The daughter of Denman is the $2.60 favourite with TAB fixed odds after finishing runner-up to boom filly Kisukano at Eagle Farm on August 15.

Ross believes the time is right for Tomlinson to compete against some of the country’s best jockeys in the tough city Saturday ranks in Brisbane.

“I think there’s bigger and better things in store for him. I’m just hoping he can start off on the right leg on Saturday,” Ross said.

“When he first came to me he couldn’t ride a broom let alone a horse so he’s come a long way in a short time.

“He’s done everything right and the horse is flying so I’ll be very disappointed if they don’t finish in the first three.”

Tomlinson rode 27 winners on provincial tracks last season and has been in dynamic form this month, posting doubles at the Gold Coast and Ipswich.

Ross rates Mishani Miss alongside dual Eagle Farm winner Hancora Field as the pick of the three-year-olds under his care.

“She’s raced in the best company and she’s won twice at 1000 metres and been placed over 1200 metres so I’d be disappointed if she didn’t run a good race,” he said of Mishani Miss.

Tomlinson will also ride Right Or Wrong for trainer Lindsay Gough in the Cascade Handicap (1600m).