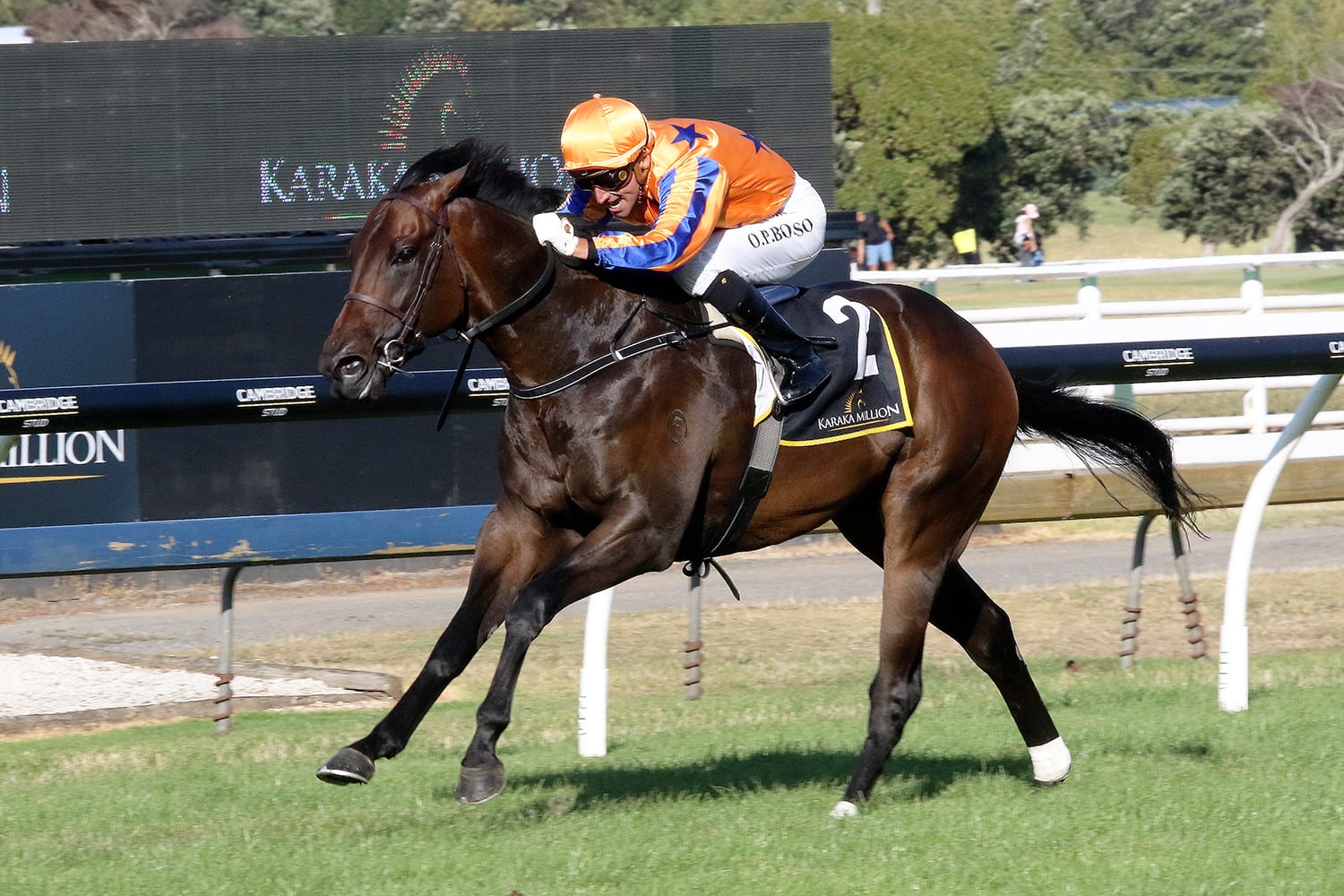 Te Akau trainer Jamie Richards has fond memories of the Group 1 Sistema Stakes (1200m) and Group 1 Bonecrusher New Zealand Stakes (2000m), and he will head to Ellerslie on Saturday with high hopes of adding more.

Richards has won the Sistema Stakes in three of the last four years with star two-year-olds Heroic Valour, Sword Of Osman and Yourdeel, while Horse of the Year Melody Belle triumphed in a memorable duel with Danzdanzdance in last year’s edition of the New Zealand Stakes.

Richards will saddle Cool Aza Beel in the Sistema on Saturday, and later in the afternoon the last- start Group 1 Haunui Farm WFA Classic (1600m) quinella of Avantage and Prise De Fer will attempt to deliver a repeat result in the New Zealand Stakes. Richards heads into Saturday in red-hot form, having won five Group 1 races across the last six weekends with Avantage (two), Te Akau Shark (two) and Probabeel.

That includes the Avantage-Prise De Fer quinella at Otaki, along with a sensational Sydney Group One double last Saturday with Probabeel and Te Akau Shark. For good measure, during the same period he also became the first trainer to win the Karaka Million 2YO (1200m) and Karaka Million 3YO Classic (1600m) on the same night with Cool Aza Beel and Probabeel.

Cool Aza Beel is the $2.20 equal favourite to collect another major Ellerslie juvenile prize in Saturday’s Sistema, despite a surprise last-start defeat to stablemate Need I Say More in the Group 3 Waikato Stud Slipper (1200m) at Matamata. The Savabeel colt drew the inside gate that day and over-raced when Snapper moved across in front of him inside the first 100 metres. Cool Aza Beel will jump from the same gate on Saturday, but he also had an inside draw of two in his Karaka Million triumph.

“I think the ground at Matamata (a deteriorating Slow7) was probably the main factor in his defeat that day,” said Richards, who is a runaway leader on the New Zealand trainers’ premiership with 88 wins. “He’d also had a month between runs, and I think the horse that beat him that day is well above average as well. “But I’ve been very happy with Cool Aza Beel’s work since that race, and I think being back at Ellerslie this weekend on a drier track is going to really suit him.”

The equal favourite alongside Cool Aza Beel is the Nigel Tiley-trained Play That Song, who finished second as beaten favourite in the Karaka Million.

Meanwhile, Richards reported that the undefeated Need I Say More is bypassing Saturday’s race and will trial at Matamata on March 17 on his way to the Group 1 Manawatu Sires’ Produce Stakes (1400m) at Awapuni on March 28.

In the New Zealand Stakes, high-class mare Avantage holds favouritism at $4.50. She will attempt to follow Melody Belle’s example by winning this weight-for-age feature in her first start beyond 1600m. She has already emulated that star stablemate by winning the Karaka Million, the Manawatu Sires’ Produce Stakes and the Haunui Farm WFA Classic.

“I’ve been very pleased with Avantage since she won at Otaki,” Richards said. “She’s trained on nicely. “I guess there is a bit of a question mark over the 2000 metres on Saturday, but we believe she can do it. “It was particularly good to see her relax so well last start in her first try over 1600m, and she was able to quicken very well at the end of that race.”

Both Cool Aza Beel and Avantage will be ridden by Te Akau’s number-one jockey Opie Bosson, who has been in Australia on the last two weekends, winning Group 1 races on Probabeel and Te Akau Shark and placing in the Futurity Stakes (1400m) aboard Melody Belle.

Johnathan Parkes will take the ride on Prise De Fer, who is on the fourth line of favouritism at $7. Rock On Wood ($4.60) and Supera ($5) sit in between the Te Akau pair. “I don’t think there’s a lot between our two,” Richards said. “Prise De Fer has been working very nicely in company with Avantage. “This will be his last run, and then he can have a nice break before we look at the Foxbridge Plate (Group 2, 1200m) and Hawke’s Bay spring carnival.”