Avantage all class in Ellerslie feature 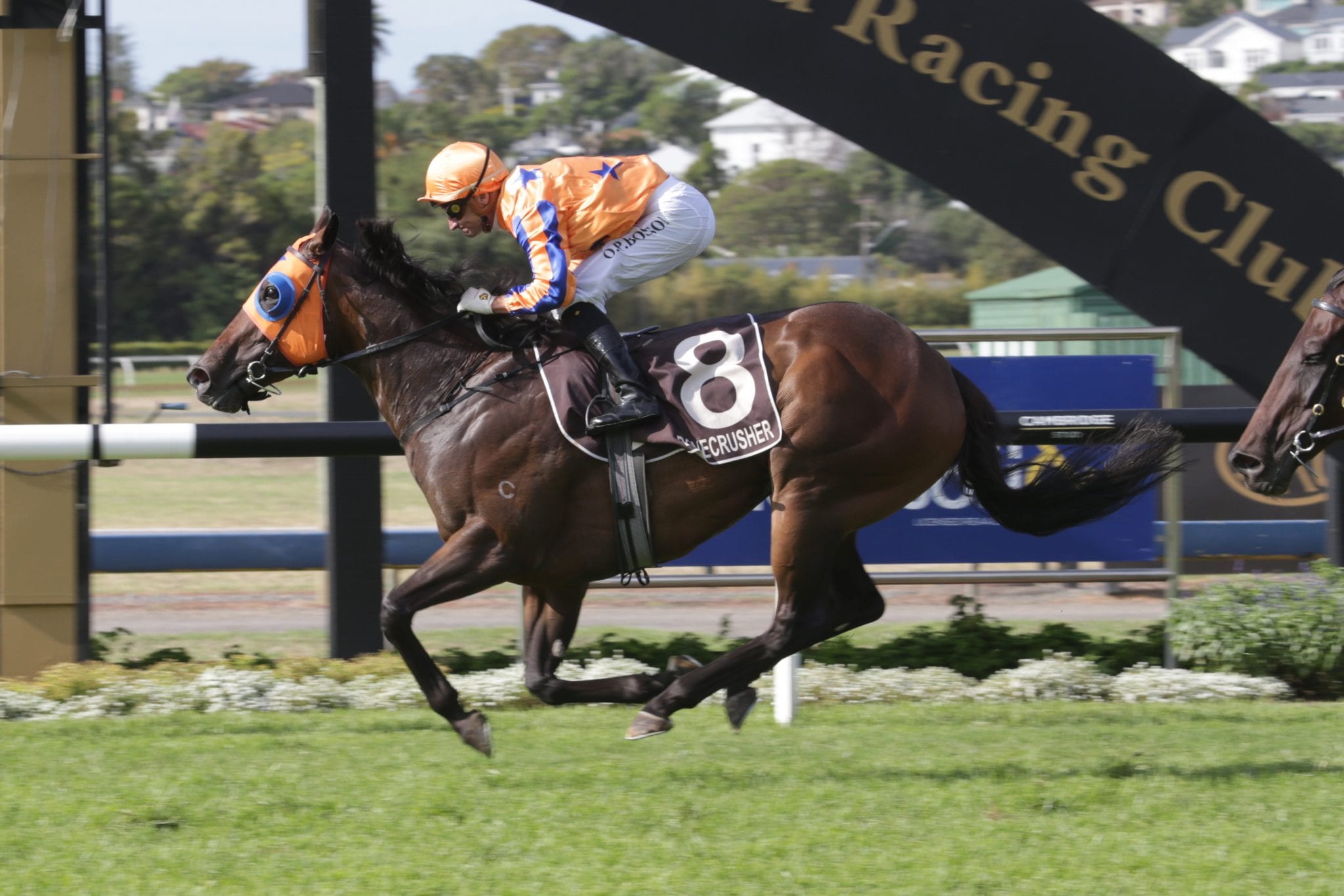 In what is becoming a familiar sight this season it was the tangerine and blue colours of Te Akau Racing at the head of affairs once again as the Matamata operation made it consecutive Group 1 victories at Ellerslie on Saturday.

Quality mare Avantage gave punters another taste of her versatility and genuine all-round class as she took out the Group 1 Bonecrusher New Zealand Stakes (2000m) in her first start beyond 1600m, barely an hour after Cool Aza Beel had taken out the Group 1 Sistema Stakes (1200m) two races earlier for Matamata trainer Jamie Richards.

The Fastnet Rock four-year-old had won one of New Zealand’s premier sprint contests just three starts ago when taking out the Group 1 Telegraph (1200m) at Trentham while last start she scored her third career Group 1 victory in the Haunui Farm WFA Group 1 Classic (1600m).

Some pundits felt a step up to 2000m could find her out but the distance challenge never looked a factor once regular pilot Opie Bosson found clear air in the home straight as Avantage dashed away from a quality line-up to record career Group 1 win number four to go with her Karaka Million 2YO (1200m) title as a two-year-old.

Trainer Jamie Richards is running out of superlatives for the mare who was purchased by Te Akau boss David Ellis for $210,000 from The Oaks Stud draft at the 2017 Karaka Premier Yearling sale. “She is just tough isn’t she,” Richards said. “We’ve always spoken about her constitution and her strength. “We’re really lucky to have a stable full of quality horses and a wonderful team that looks after them. “These are the type of horses that Dave goes to the sales to try and buy and the results are there to see.”

The win made it consecutive victories in the event for Te Akau Racing after Melody Belle triumphed in 2019. Richards believes that Avantage may well go on to match the deeds of the reigning New Zealand Horse of the Year and ten-time Group 1 winner as he looks to plot a path for Avantage to her next Group 1 assignment, the New Zealand Thoroughbred Breeders’ Stakes (1600m) at Te Aroha.

“I don’t think there is going to be much between these two mares in the coming years,” he said. “Avantage is a little bit different as she is a great eater and has a little more natural strength so she should be able to handle the back-up into the race at Te Aroha. “It will be back to a mile which is probably her pet distance so I would say that is where we will probably be in three weeks.”

It was win number ninety one for the season for Richards, who leads the National Trainers’ premiership by a margin of twenty victories from nearest rival Stephen Marsh and stakes victory number 16 in New Zealand to go with three further Group 1 wins in Australia courtesy of Melody Belle, Probabeel and Te Akau Shark.