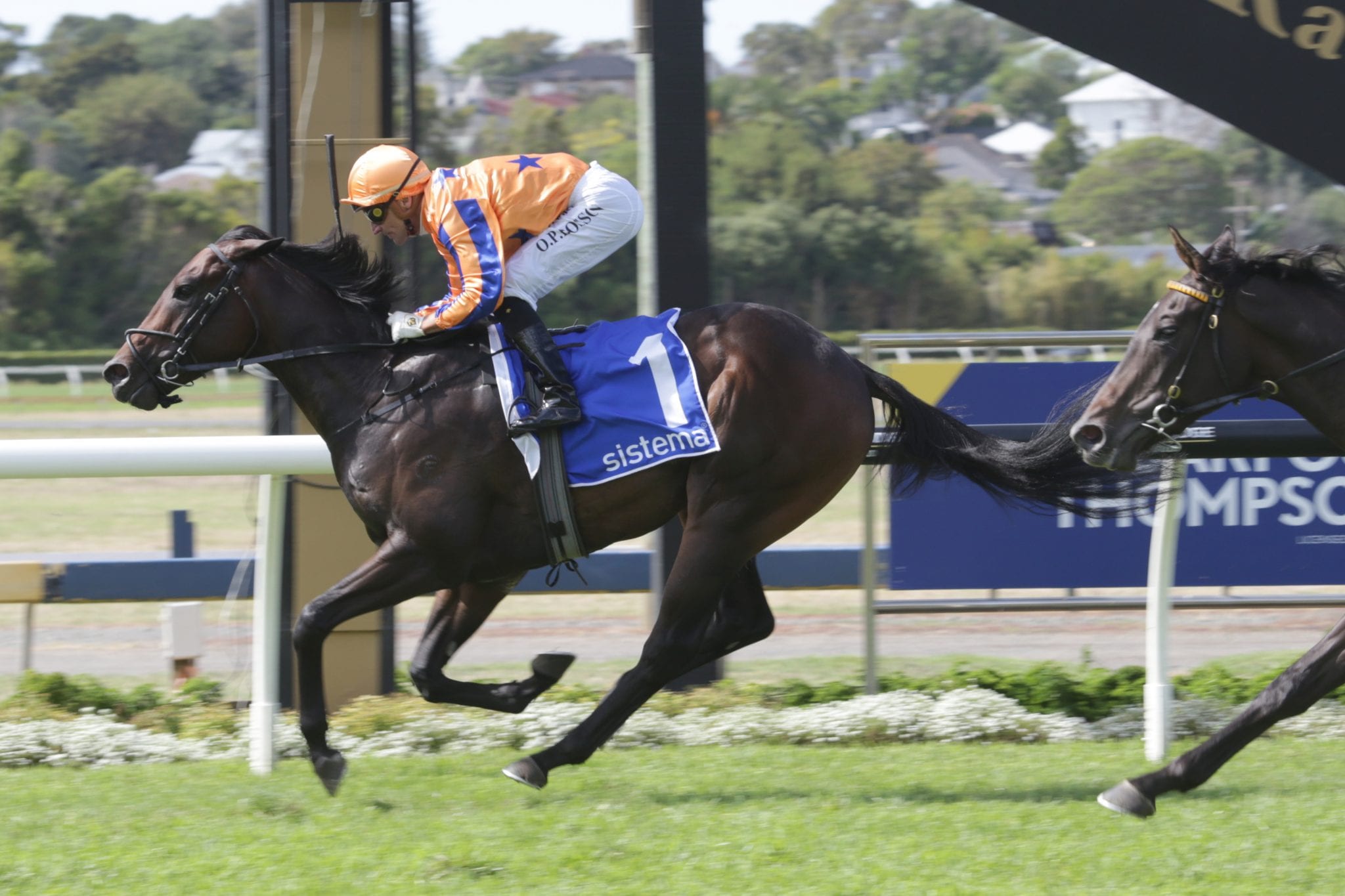 Outstanding juvenile Cool Aza Beel kept the Group 1 winning roll of Te Akau Racing going as he dominated his rivals when taking out the Group 1 Sistema Stakes (1200m) at Ellerslie.

A stylish winner of the Karaka Million 2YO (1200m) at the venue in late January, the Savabeel colt didn’t have the best dress rehearsal for Saturday’s contest when beaten into second by stablemate Need I Say More at Matamata a fortnight ago on a slow and tricky track surface.

Back on good footing and drawn barrier one, punters installed the Jamie Richards-trained runner as a dominating $1.70 favourite and he never gave his fans a moment of concern once he slotted into the trail for rider Opie Bosson.

Bosson bided his time behind a steady pace before angling three-wide on the point of the home turn to issue a challenge. Asked for his effort, Cool Aza Beel shot two-lengths clear and kept up a powerful gallop to defeat improving filly Vernazza and the late-finishing Kelly Renee who shaded Play That Song for third.

“They didn’t go that hard early on and he was pulling a little but once I got him out into the clear it was all over,” Bosson said. “He’s a good colt and just a gun little racehorse. “Last start he was just dipping and diving in the ground so I knew getting him back on to a good track, he would be hard to beat.”

Purchased by Te Akau boss David Ellis for $150,000 from the Fairdale Stud draft during the Book 1 session at the 2019 Karaka Yearling Sale, Cool Aza Beel was later joined by Avantage, winner of the Group 1 Bonecrusher New Zealand Stakes (2000m), to provide star young trainer Jamie Richards with another Group 1 double.

The 30-year-old horseman prepared a Group 1 double at Randwick last weekend with Probabeel in the Surround Stakes (1400m) and Te Akau Shark in the Chipping Norton Stakes (1600m) and is making elite level victories look like a walk in the park. “He’s a very special colt,” Richards said of Cool Aza Beel. “He might have been half a run short at Matamata but the ground had to be taken into consideration and we couldn’t have had him any better for today.

“We put a little rubber nose band on him to just slow him down a little early on today but Opie peeled out at the right time and he quickened really nicely. “I did think Vernazza was going to give us a good crack there but he is a very good colt.”

Richards wouldn’t be drawn on the immediate future for Cool Aza Beel although he indicated the Group 1 Courtesy Ford Manawatu Sires’ Produce Stakes (1400m) on March 28 was a possibility.

Cool Aza Beel has now won four of his six career starts and has laid a strong claim to the Champion Two-Year-Old title that will be decided at the conclusion of the racing season in July.

Richards has now prepared the past three winners of the Sistema Stakes, with Yourdeel (2019) and Sword Of Osman (2018) preceding Cool Aza Beel.