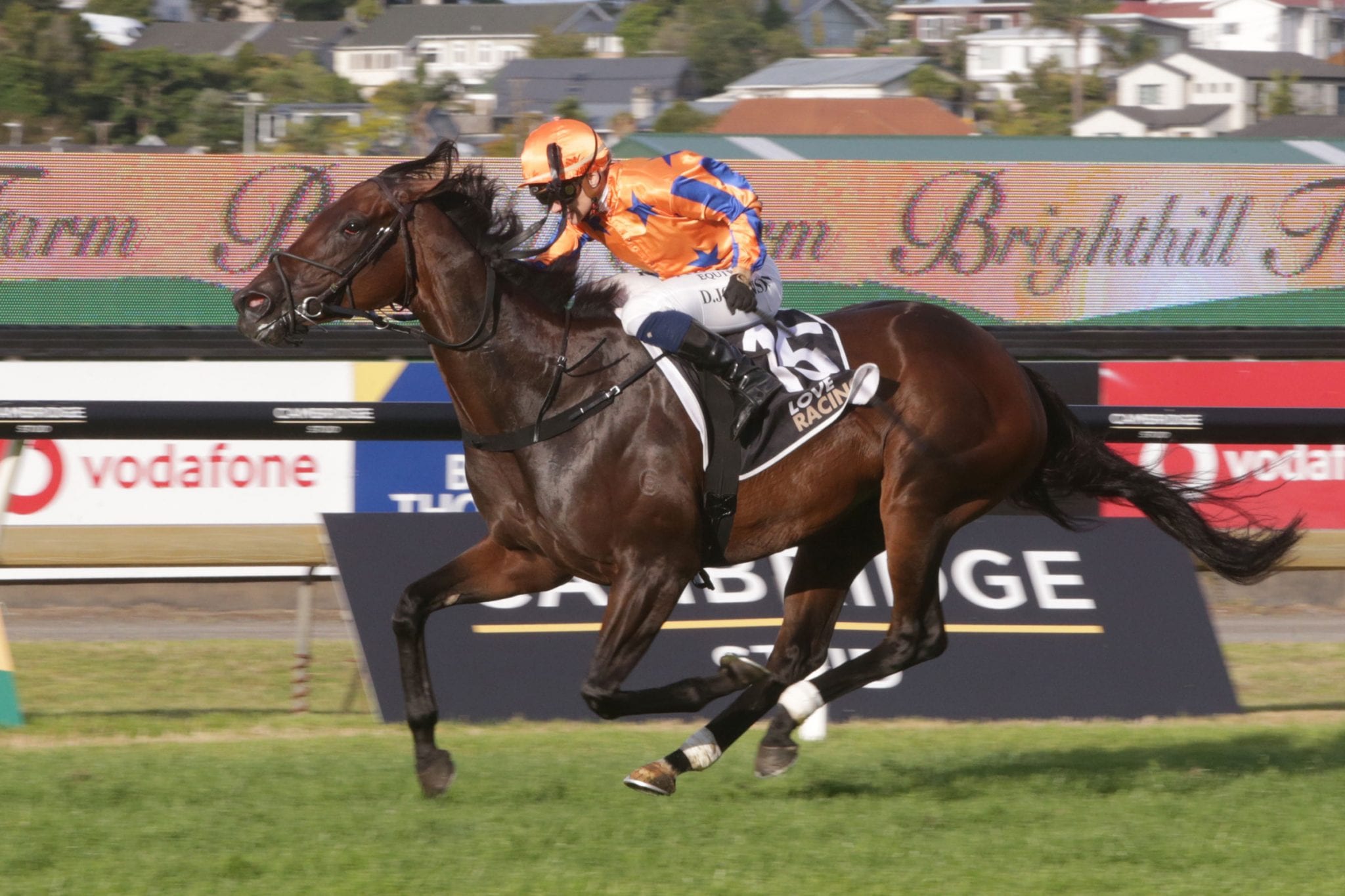 The New Zealand Derby meeting could be held at either Hastings or Ellerslie on Sunday, but Jamie Richards is hoping for the latter.

The man at the helm of the Te Akau juggernaut will have a number of leading contenders at the meeting, many of whom favour the Auckland track.

“It would be great to have it at Ellerslie. The next couple of days are quite vital in terms of how many cases are reported,” he said. “It is out of our control and we have just got to wait and see what happens.”

Lightly-raced mare Entriviere will resume in the Group 3 Haunui Farm King’s Plate (1200m) after her last start victory in the Group 3 Concorde Handicap (1200m) at Ellerslie on January 23.

The daughter of Tavistock had a freshen-up before trialling at Pukekohe last week, pleasing her trainer ahead of Sunday.

“We have continued to space her runs a little bit and have kept her nice and fresh,” Richards said.

“She had a week in the paddock after Karaka Million night, had a week on the water walker, has been back and had a trial and has done some nice work.

“I thought the trial was very sharp. She probably trialled the best of our four in that heat. It was always going to be hard to make ground from the back, but I thought she trialled really well.

“She heads into the race in good shape and with a nice weight.”

Entriviere has had just the five starts, for a win and placing, and Richards said they have taken a patient approach with the promising four-year-old.

“She is a mare who has just needed a bit of time,” he said. “By Tavistock, some of them can be a little bit slow to strengthen. We don’t mind waiting if they have shown ability and that is certainly the case with her.

“She is a mare that we do hold in very high regard.”

Sunday could be her final hit-out of the season, with Richards and Te Akau principal David Ellis eyeing loftier targets with her next term.

“We are just taking it one run at a time,” Richards said. “She has got a really big season in front of her next year, so whether she just has this run and then goes out I am not entirely sure.”

Entriviere will be joined in the King’s Plate by stablemate Festivity, who also boasts a strong record, having won five of her seven starts.

The I Am Invincible mare finished fifth behind Entriviere in the Concorde Handicap before she won over 1200m at Te Rapa last month.

“She was a little unlucky at Ellerslie two starts back,” Richards said. “She was a bit erratic that day and just didn’t get the gaps when she needed them.

“We took her back to Te Rapa, dropped her in grade and she had to carry a bit of weight (60.5kg), but she relaxed beautifully and did everything lovely, and I think she has come on again from that run.

“She has done some nice work and seems to be in good shape. They are a couple of nice mares to have in a race like that.”

In the following race, Richards is looking forward to lining up star filly Amarelinha in the Group 3 McKee Family Sunline Vase (2100m).

It is set to be her final hit-out before the Group 1 Al Basti Equiworld Dubai New Zealand Oaks (2400m) at Trentham later this month, so Richards has his fingers crossed the meeting goes ahead.

“It is quite important for her that the races do go ahead because this is her final run before the Oaks,” he said.

“She is in good shape, the three weeks turnaround suits her, she has done some nice work, and she looks fantastic.”

“She is a filly who is putting together a very good record,” Richards said. “I am looking forward to seeing how she goes. She obviously loves Ellerslie and we would like the racing to go ahead there for her.”

Richards will also have a contender in the day’s feature, the Group 1 Vodafone New Zealand Derby (2400m), in the form of Perfect Scenario.

The Iffraaj gelding placed in the Group 2 Waikato Guineas (2000m) last month, which has given Richards a boost of confidence heading into the $1 million Classic.

“I think he is going well enough,” he said. “He ran well at Te Rapa and three weeks into the Derby is nice timing for him. We have just spaced his races a little bit to try and look after him. He probably lacks a little bit of physical maturity.

“He is getting to the end of a big season. It is a million-dollar race at a mile and a half, you never know how these three-year-olds handle it until they actually race over that distance.

“I was really pleased with how he worked on Tuesday morning with Rocket Spade. He goes into the race as good as we can have him. He is a genuine each way chance.”

Earlier on the card, Richards will have a three-pronged attack in the Listed Fasttrack Mufhasa Stakes (1300m), led by last start Group Three winner Need I Say More.

“He is in good shape and he trialled at Pukekohe last week,” Richards said. “He doesn’t do much at the trials until raceday, he is a laid-back customer. I thought he trialled well enough.”

Richards said he also has a lot of time for fellow Mufhasa Stakes contenders Cornflower Blue and Holyhead.

“Cornflower Blue is a filly we hold in very high regard,” he said. “She is Group One-placed, she has had a bit of time and she trialled well the other day.

“Any rain around on Sunday will be no harm for her at all.”