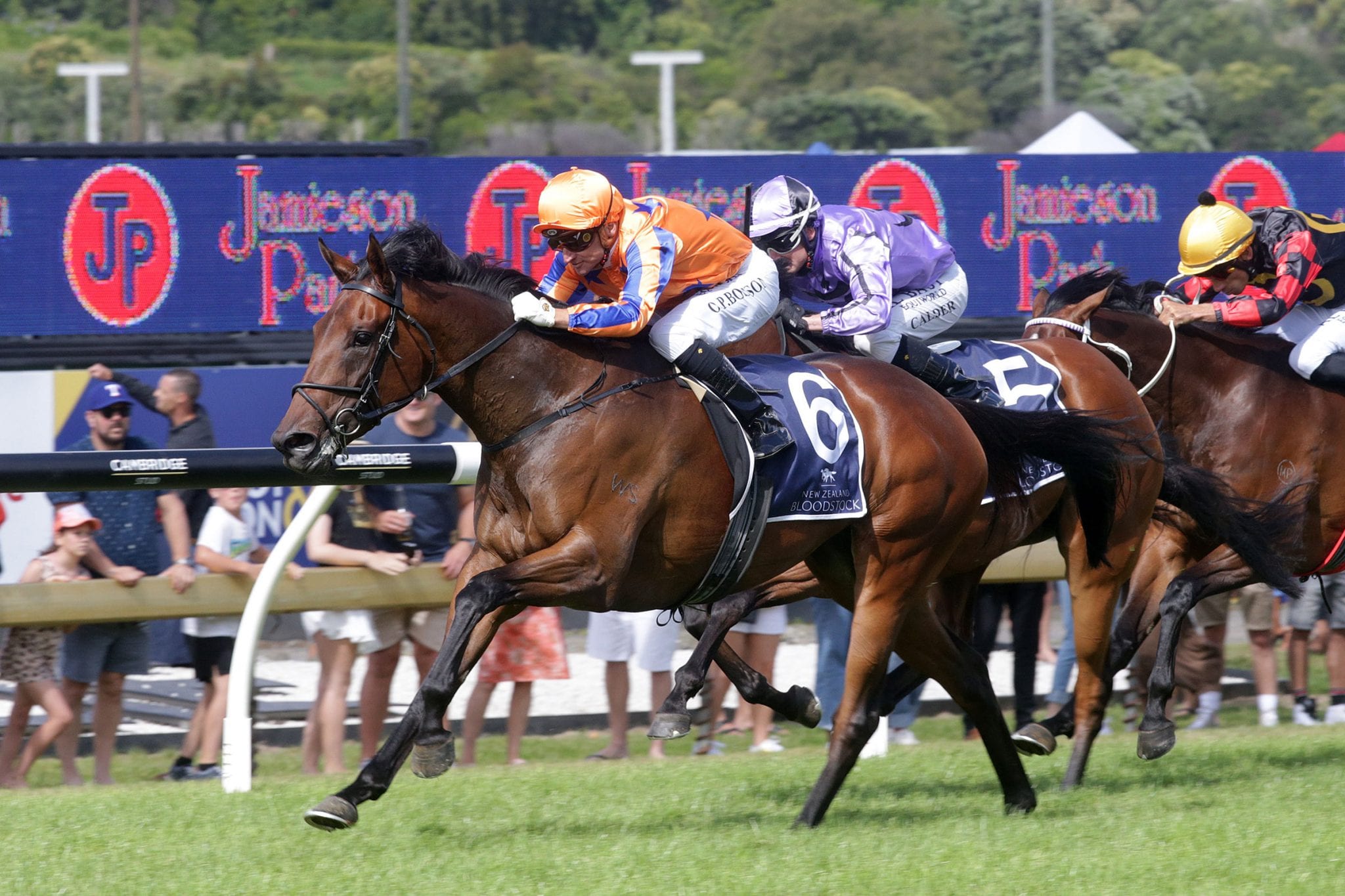 Rising star Amarelinha will not be a late entrant for the Group 1 Vodafone New Zealand Derby (2400m).

Te Akau principal David Ellis has confirmed the three-year-old filly will be aimed at the Group 1 Al Basti Equiworld Dubai New Zealand Oaks (2400m) at Trentham on March 20, with the Group 3 McKee Family Sunline Vase (2100m) at Ellerslie on March 6 as her final lead-up.

TAB bookmakers reacted by shortening the daughter of Savabeel into a -142.86 favourite for the Oaks, as connections of colts and geldings let out a collective sigh of relief.

“In general terms, I am a fan of running the fillies in the New Zealand Bloodstock Filly of the Year Series where possible,” Ellis said.

“I think that they are better placed and they have got the rest of their career to go on as four and five-year-olds and race against the colts and the geldings.

“Amarelinha might be a Caulfield Cup (Group 1, 2400m) or Cox Plate (Group 1, 2040m) mare in the spring and I want to win the Filly of the Year Series and turn her into a top broodmare in years to come.”

Te Akau Racing have previously prepared five fillies that have taken out the Filly of the Year title, including Shikoba, Princess Coup, Insouciant, Costa Viva and King’s Rose.

The winner of three of her five starts, Amarelinha holds a narrow one point lead in the series, but can extend that should she prevail in the Sunline Vase, with the New Zealand Oaks, a race that Te Akau trainer Jamie Richards has yet to conquer, the final leg of the series.

“It has got huge value for that family and for their future,” Ellis said.

“She is a filly that we bought at Karaka for $300,000 and she has already won two Group races and she went a terrific race in the Karaka Million 3YO Classic against Aegon, so it was nice to see that form franked in Sydney last weekend.”

Ellis indicated a tilt at the Group 1 Australian Oaks (2400m) on April 10 was very much on the cards, but by targeting the New Zealand equivalent, a race like the Group 1 Vinery Stud Stakes (2000m) was unlikely to be on the radar.

“After the New Zealand Oaks we will give serious consideration to taking her to Sydney for the Australian Oaks,” he said.

“We would go straight into the Oaks over there, but she would have to do everything 100 percent for that to happen, but it is certainly what her goal is.”

Meanwhile, outstanding mare Avantage can bolster her prospects of a Group One tilt across the Tasman when she contests Saturday’s Group 1 El Cheapo Cars Weight-For-Age Classic (1600m) at Otaki.

The five-year-old mare is the first horse to ever win New Zealand’s three major sprint races in one season, having completed the Railway-Telegraph-BCD Group Sprint treble at her past three starts.

“(In order to look at Australia) She has got to win well and we will probably run her in the Bonecrusher (Group 1, 2000m on March 13) and then Jamie and I will sit down and have a chat and make up our mind whether we go to Sydney or go to Brisbane,” Ellis said.

Te Akau is in the last throes of syndicating 45 yearlings and Ellis is buoyed by the appetite for horses and positivity around racing, whilst also recognising recent success such as a fifth successive wins in the Karaka Million and Probabeel’s dominant Group 1 Futurity Stakes (1400m) victory are driving new interest.

“It is going absolutely enormous and we never dreamed that we would almost have sold everything this quickly,” he said.

“It is quite incredible the volume of new owners coming on board and the interest. We have only got a few shares left in three or four horses, which is just amazing.

“I think that people realise that there are going to be some stake increases in the next 12 months, with the TAB reducing costs by $25 million per year, the elimination in duty gives the industry another $12 million a year and another $15-$20 million (derived) from racefields legislation.

“It is all heading in the right direction.”