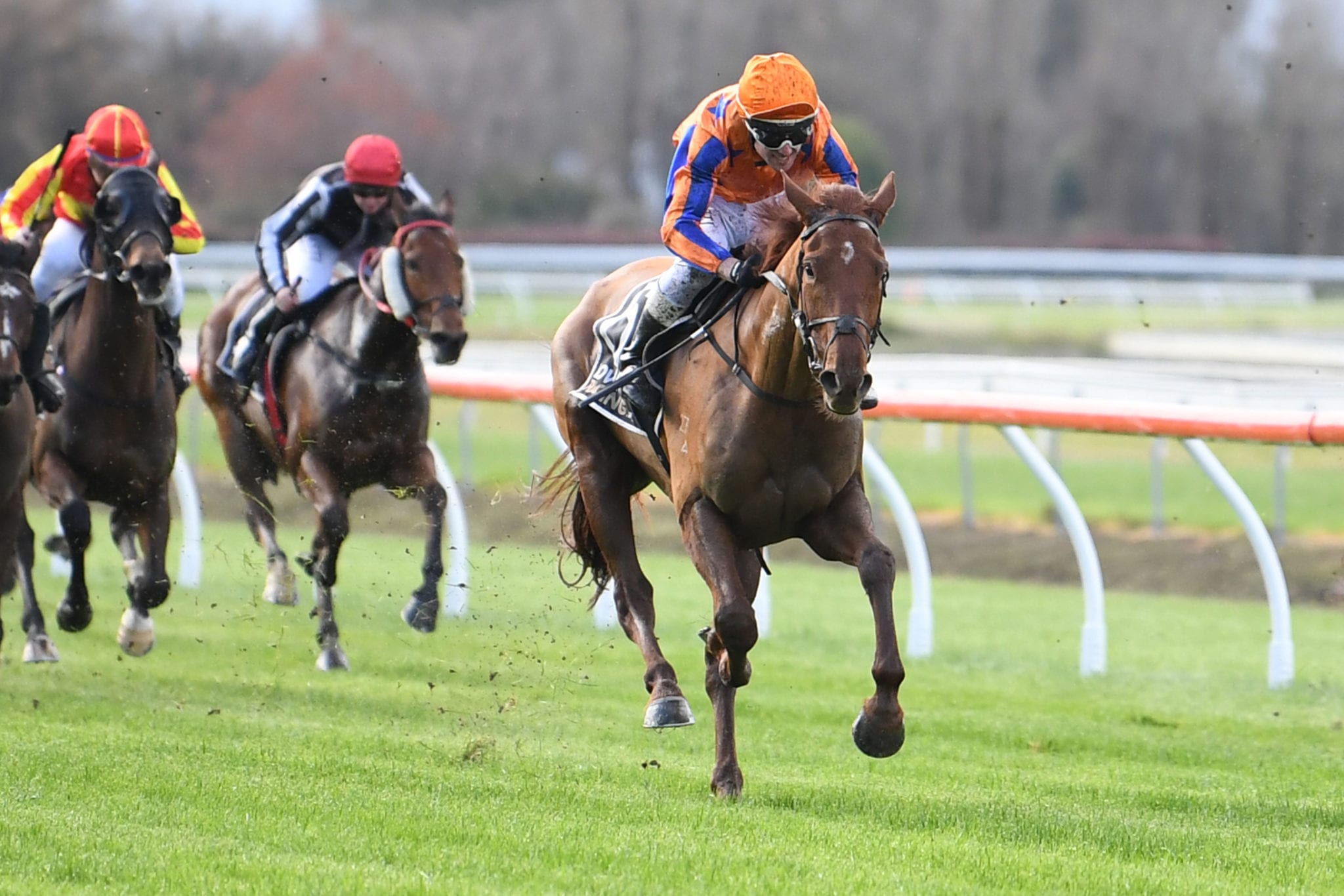 Te Akau trainer Jamie Richards brought up his first century of training wins in New Zealand in his own right after Bak Da Master scored in the first race at Awapuni on Saturday. Left stranded on 99 wins before the Covid-19 lockdown in New Zealand, Bak Da Master was his first runner since and delivered with a well-timed run under rider Michael Roustoby in the 1550 metre contest.

It is the second time Richards has topped the 100-win mark after achieving the feat in the 2015/16 season with 104 winners when training in partnership with Stephen Autridge. “It’s always good to tick off a milestone like this,” Richards said. “It’s a big team effort from everyone concerned. “It’s also nice to do it with a horse like Bak Da Master as he’s a jumper who needs a fair bit of work. “Michael Roustoby is a part of our team; he rides a lot of work and provides good feedback and the like so it’s great that we can support people like him who are important to our overall business.

“I’ve always thought he (Bak Da Master) had another flat win in him although his future lies over the fences. “There is no reason he can’t go on with it and win on the flat again as it’s probably the first time we’ve seen a fully mature horse as he’s taken a long time to grow into his frame.”

Having ended last season on 98 wins in his first as solo trainer for Te Akau Racing, Richards leads this season’s trainers’ premiership by 27 wins from his nearest challenger, Stephen Marsh, prompting TAB bookmakers to pay out early on the star trainer as the premiership winner. Along with 17 stakes victories in New Zealand, Richards has also added three Group One wins in Australia, with 11 of his 20 Group and Listed wins coming in Group 1 races.

“We take a lot of pride in our strike rate and having the better horses in our stable that we can target towards the better races,” Richards said. “We put quite a lot of money into buying yearlings so we need those sorts of results to make it all work. “It’s been a very satisfying season both here and in Australia and to have eleven Group 1 wins is just incredible really.”

Richards was quick to pay tribute to the work of Te Akau Racing principal David Ellis who leads the operation and is responsible for sourcing the majority of horses that Richards gets to work with each year. “That is the biggest part of it (buying yearlings) as you can’t make slow horses run fast,” he said. “You need those quality yearlings coming through the stable and we are very fortunate in that respect through the work that David does.” Bak Da Master was purchased by Ellis for $90,000 at the 2016 NZB Premier Yearling Sale, from the draft of Leanach Lodge.

Richards was well on track to break the record for wins in a season, currently held by Murray Baker and Andrew Forsman at 143, until the Covid-19 lockdown and he does have that figure in the back of his mind for next year. “I’m hoping for more of the same this coming season as I’m really excited about the yearlings that we have coming into the stable, who will take their place alongside our established stars,” he said.

“Hopefully, we can just kick off where we left off as we have a lot of exciting horses in the stable. “We’d certainly like to have a crack at the record wins in a season but we will have to see how everything works out through the year.”